What are Filipinos’ expectations, concerns ahead of Marcos’ first SONA? 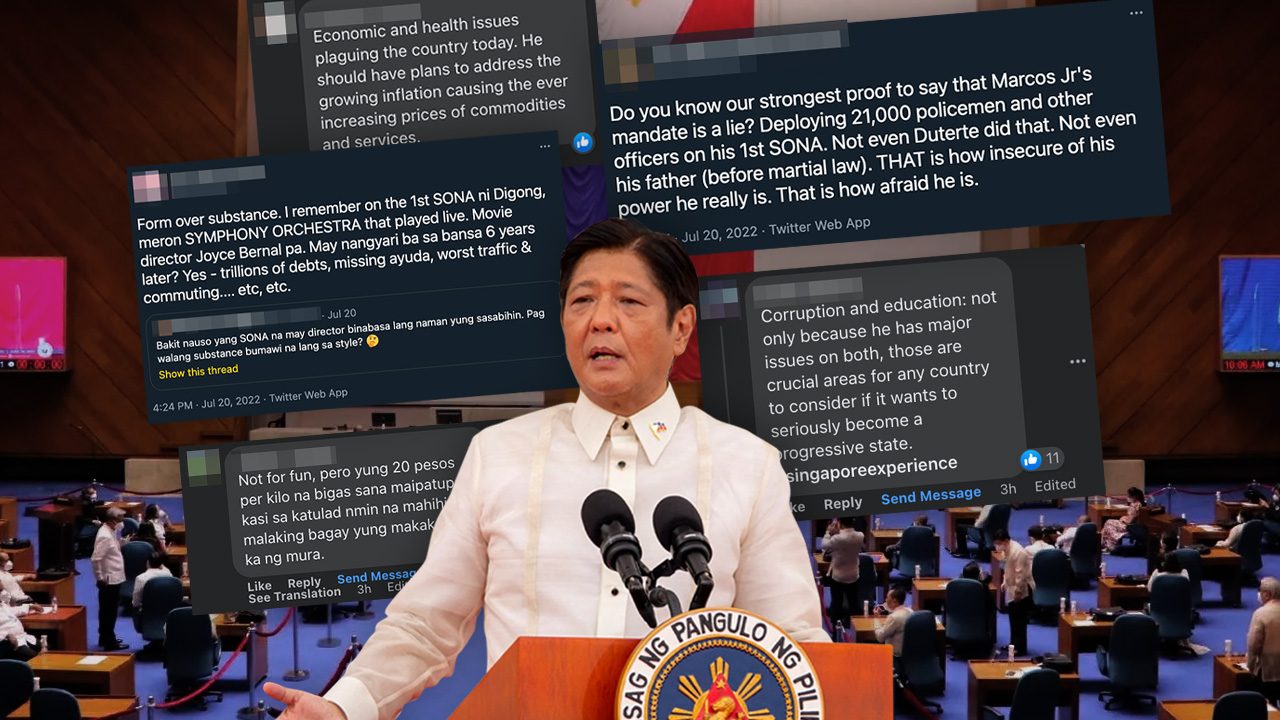 Facebook Twitter Copy URL
Copied
Social media users expect President Ferdinand Marcos Jr. to talk about his economic plans and other issues in his first State of the Nation Address on July 25

MANILA, Philippines – All eyes are on President Ferdinand Marcos Jr. as he is set to deliver his first State of the Nation Address (SONA) on Monday, July 25.

In his inaugural speech, Marcos said he hoped to build the country back from the pandemic by improving the public health system and attaining food sufficiency, among others.

Since entering Malacañang, the President has made headlines for delays in his Cabinet picks, parties at the Palace, and testing positive for COVID-19.

With preparations underway for this year’s SONA, Filipinos on social media shared their hopes and concerns ahead of the event.

Rappler also asked social media users about the policies or issues they think President Marcos should prioritize in his first SONA.

Focus on the economy

Many netizens said Marcos should talk about his economic plans, especially after the Philippines’ inflation rate jumped to 6.1% in June – the highest level since November 2018.

(Be honest to the Filipinos. What’s the true state of the economy? How will we face rising food prices?)

Some users even hoped that Marcos would have a plan to fulfill his campaign promise of lowering the price of rice to P20 per kilo.

(I hope it would be implemented because for people like us who are poor, it would mean a lot to buy goods at a cheap price.) 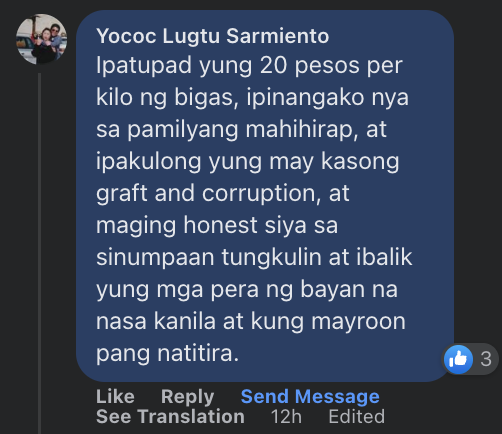 German Aguirre said Marcos should focus on lowering fuel prices as it would create a “domino effect” on inflation and the prices of basic goods.

According to data from the Department of Energy, as of Tuesday, July 19, local prices of gasoline and diesel have increased by P19.30 and P34.80 per liter, respectively, year-to-date.

Others hoped that the President would also focus on bringing more jobs to Filipinos. The country’s unemployment rate went up to 6% in May.

One user hoped Marcos would regularize contract of service employees in the government.

These sentiments are consistent with the findings of a recent Pulse Asia survey that showed economic issues such as controlling inflation and reducing poverty were the most urgent concerns that should be prioritized by the Marcos administration.

Netizens also wished that Marcos would have plans to tackle the longstanding problem of corruption in the government.

Some hoped that government officials under the Marcos administration would release their Statement of Assets, Liabilities, and Net Worth. Marcos’ predecessor, Rodrigo Duterte, had kept his wealth secret from 2018 until the end of his presidency.

Meanwhile, Gloria Wilhelm said that if Marcos mentions unity in his SONA speech, he should prioritize freeing prisoners such as detained former senator Leila de Lima.

De Lima said in a separate tweet that Marcos should not forget the issue of human rights and criminal justice reform in his SONA speech. She also mentioned the problem of jail congestion as an issue that “calls out for urgent attention and action.” Here are other issues that netizens hoped Marcos would address in his first SONA. 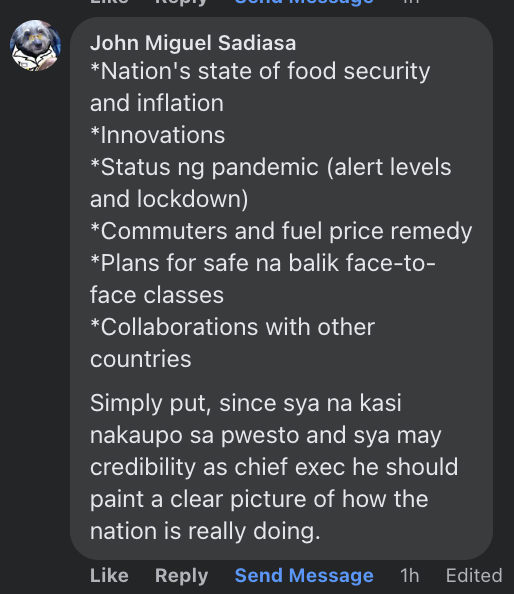 Some social media users, meanwhile, had something to say about the preparations for Marcos’ first SONA.

After the news broke that Paul Soriano would direct the SONA, some netizens questioned whether there was a need for a film director to direct the event.

Other users said Marcos is “insecure of his power” as 20,000 troops are set to be deployed to secure the SONA – a deployment thrice as big as Duterte’s first SONA in 2016.