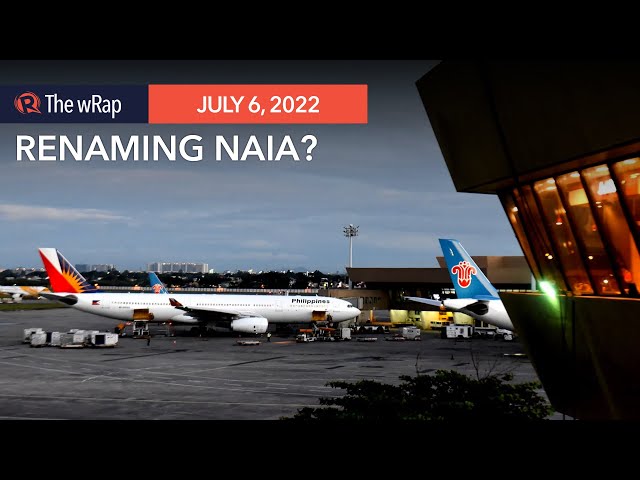 Teves said the airport should be named after the late Ferdinand Marcos, the father and namesake of newly-elected president Ferdinand “Bongbong” Marcos Jr., because it was built during his term as president.

In the bill’s explanatory note, Teves said, “It is more appropriate to rename it to the person who has contributed to the idea and execution of the said noble project.”

“It is more appropriate to bear the name that has contributed and legacy (sic) in our country to make the Philippines a center of international and domestic air travel, who has instituted and built or conceptualized the project in making pride (sic) of our country,” he added.

The rationale for his proposed measure is based on false information.

Rappler previously fact-checked a similar claim that had been circulating online. The facts are, the construction of the NAIA – at the time to be known as the Manila International Airport – began during the time of President Manuel Roxas in 1947. Before that, the original facility was used as a United States Air Force base.

The airport’s first international runway and taxiway finished construction in 1953 during the Elpidio Quirino administration. The elder Marcos assumed office in 1965, or 12 years after the airport was fully operational.

The Manila International Airport was renamed after the late former senator Benigno Aquino Jr. in 1987 through Republic Act 6639. Aquino was assassinated at the airport in 1983, during the presidency of Marcos. – Rappler.com