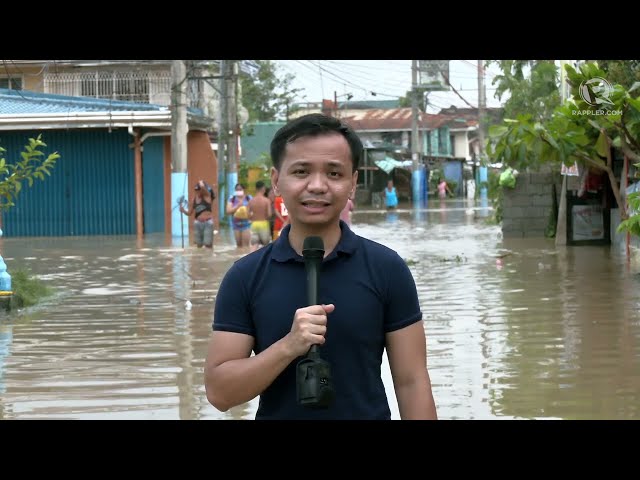 Facebook Twitter Copy URL
Copied
Many residents affected by Karding in San Miguel, Bulacan, are reeling from the inconvenience caused by the intense flooding. They try to carry on, while coming to terms with the collective sadness brought about by the death of five rescuers.

MANILA, Philippines – Residents in the town of San Miguel, Bulacan are no stranger to floods, but some of them said they may have just experienced the worst of its kind after Super Typhoon Karding hit Central Luzon on Sunday, September 25.

On Monday, September 26, floodwaters had yet to subside, so residents who were worried about the homes they left behind kept going back-and-forth the inundated streets to salvage personal belongings while they still can.

Rappler’s local government reporter Dwight de Leon visits this first-class municipality and talks to the residents who are trying to soldier on, while coming to terms with the collective sadness of a town which has learned about the death of five provincial anti-disaster officers in a doomed rescue operation. – Rappler.com