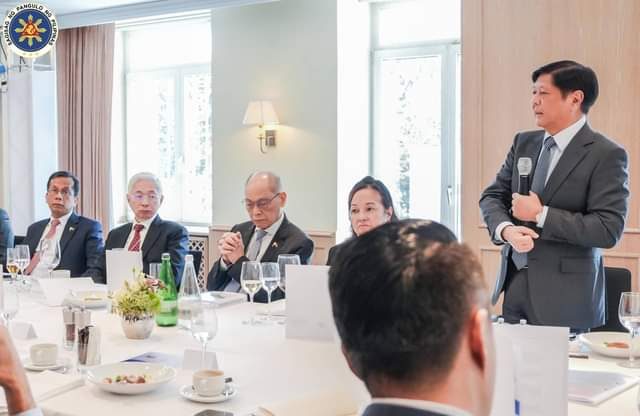 MANILA, Philippines – President Ferdinand Marcos Jr. has been selling a different version of the Maharlika Investment Fund to bigwig foreign investors in Davos, Switzerland – one that is envisioned to be “more led” by the private sector through the stock market.

“I don’t know whether I should be revealing this but since nandito na rin lang (we’re here anyway): Right after Christmas, we were commissioned – me and three others – to rewrite, to essentially reengineer the Maharlika Investment Fund,” Salceda said in an interview in ANC’s Headstart on Friday, January 20.

Salceda, who led the technical working group that hammered out the House bill’s details, said that the revised version has dropped dividends of the Bangko Sentral ng Pilipinas from the fund’s start-up capital.

Instead, it will now source initial funds from the dividends of government-owned and controlled corporations (GOCCs). Salceda gave assurances that these dividends will be “real surpluses.”

“It’s very new. It’s basically securitization of about P44.3 billion in annual dividends. So these are real surpluses, including, for example, PDIC at P13 billion,” Salceda said. “These are dividends from GOCCs, so by its nature, they are already surpluses. ‘Yung naghahanap na dapat surplus siya, e ito, surplus (For those that are looking for surpluses, well here’s the surplus),” he said. Salceda said that under the version favored by Marcos, the proposed fund would now rely on the private sector for funding through an initial public offering at the Philippine Stock Exchange. He expected that the IPO could “easily raise” as much as P1.2 trillion in private capital, which Salceda said would make the government own less than 50% of the Maharlika Investment Corporation.

“Upon IPO, it’s no longer a GOCC. It’s essentially another listed company in the Philippine stock market. It’s up to the President, but the recommendation is that the government will own less than 50%. So it will be private, basically,” he said.

“I think it will be more private-led, but it definitely will have public guidance, basically, government guidance,” he later clarified.

This new version of the Maharlika Fund is what Marcos planned to pitch to investors at the World Economic Forum. Salceda said that several big investment banks had already expressed interest.

“We want this to succeed, and this is the one that was actually sold by the President in Davos,” the congressman said.

The proposed Maharlika Investment Fund has faced fierce criticism from lawmakers and economists, who have raised concerns about its impact on the BSP’s independence and possible fund management. Nevertheless, the House speedily approved the bill. Although the Senate has yet to begin discussions around the proposed sovereign wealth fund, Salceda hoped that the revised version would survive the upper chamber’s scrutiny.

“’Yung dati kasi, hindi naman papasa (The previous version would never pass)…. But now, I think this is well thought out,” he said.

In an interview with Philippine media in Zurich on Friday, January 20, Marcos said the idea of raising funds through an IPO  was a suggestion “from one of the CEOs” while discussing the proposed fund.

“Sabi niya, isipin natin (He said, let’s think about it). We’ll see kung bagay sa Pilipinas (if it would suit the Philippines) …. So we have to design it very specifically to the Philippine condition and that’s what the legislators are trying to do now to make sure na babagay para sa atin (that it would suit us) and it will be a good thing for us. So that’s the process that we’re undergoing now,” he said. – Rappler.com