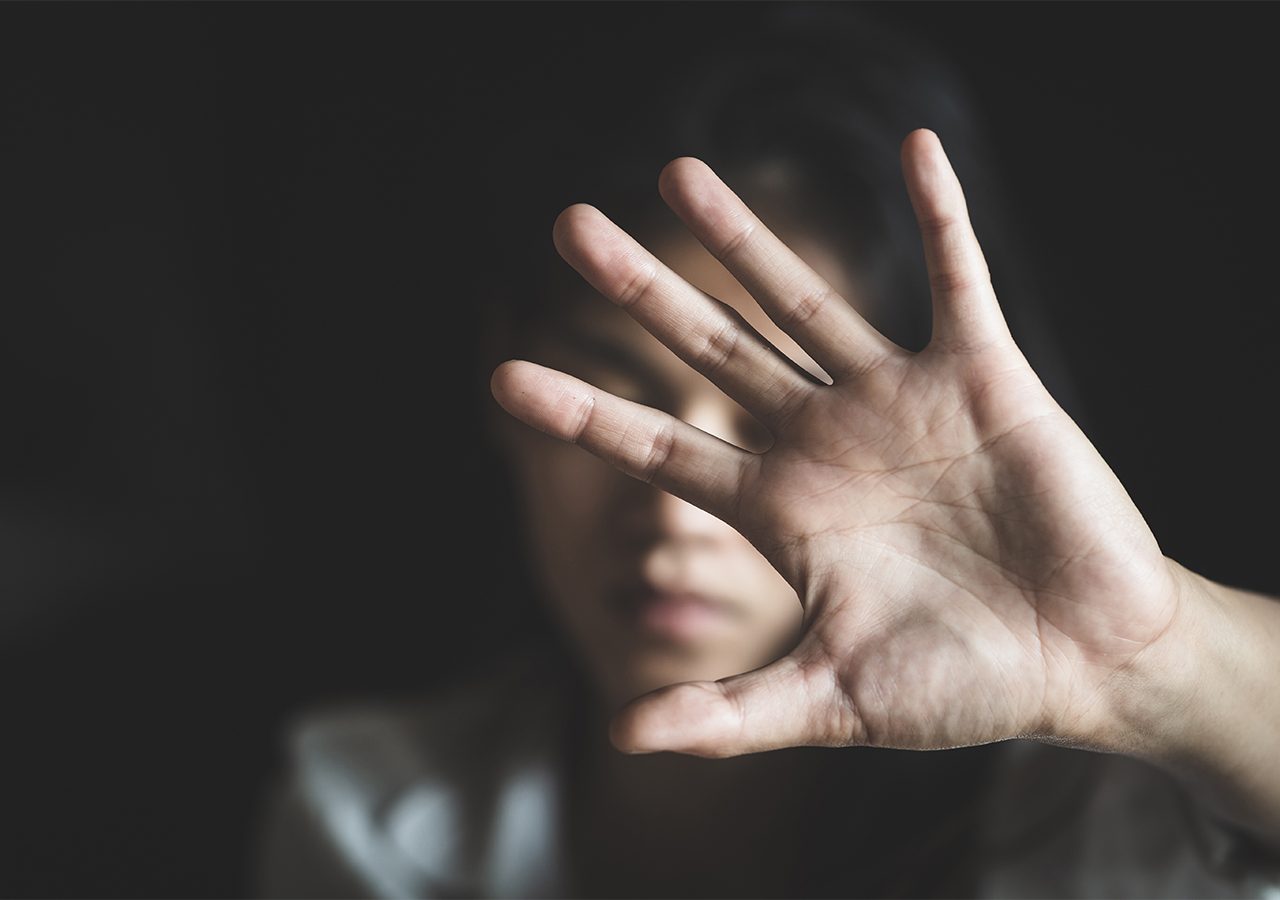 woman raised her hand for dissuade, campaign stop violence against women, including rape and human trafficking.

CAGAYAN DE ORO, Philippines – Nearly 700 cases of violence against women and children (VACW) were filed in court throughout Northern Mindanao alone this year, but the regional office of the Department of Social Welfare and Development (DSWD) said these were likely only the tip of the iceberg.

Data from the Philippine National Police (PNP) showed that more than 12,000 VAWC cases were reported throughout the country in 2021, over 8,000 involving women as victims.

In the first half of 2022, the number of cases involving women as victims reached some 5,339 throughout the country.

In Northern Mindanao, police registered a slight decrease in the number of documented VAWC cases.

PNP Northern Mindanao spokesperson Major Joanne Navarro, said some 678 VAWC cases were filed in court in the region from January 1 to November 24.

PNP data showed a decrease in the number of VAWC cases in the region compared to the same period in 2021 when the police logged 751 VAWC cases.

“Women should speak out and report the abuses to authorities so we can do our work,” Navarro said.

Daisy Ramos, the DSWD’s sectoral unit head for the region, said on Monday, November 28, there were likely more VAWC cases than what the police have documented in Northern Mindanao.

She said many of the abuses were cases that didn’t reach the courts at all or have remained unreported.

Ramos said the number of VAWC cases in the country, especially those involving abused women, doubled during the first two years of the COVID-19 pandemic.

The pandemic, according to Ramos, stressed many people and resulted in financial problems, situations that were correlated to domestic abuse.

The DSWD said there were many VAWC cases documented at the barangay level that never reached the police desks and the courts because the victims, particularly women, were reluctant to press charges against their abusers, mostly their husbands or male partners.

“Many of them only go to the VAWC desks in their barangays to seek help but have no interest in bringing the matter to the attention of the police. It’s because they still hope that their husbands or partners will change,” Ramos said.

She added: “Some women cannot just go out in the open and say that they are being physically or sexually abused by their partners. They worry about being scandalized.”

Ramos said many battered women are also financially dependent on their spouses or partners, and could not afford to lose their families’ breadwinners.

“In many cases, they just keep it to themselves and endure the abuses because their children have needs. So, they do not report the violence because that would send the breadwinners to prison,” Ramos said.

She said some victims also grew up witnessing their mothers getting abused, and it somehow resulted in the “normalization of violence.”

A 2004 law seeks to address the prevalence of violence against women and their children by their husbands or ex-husbands, and intimate partners or former partners.

The same law punishes those who cause physical, sexual, or psychological harm or suffering or economic abuse, including threats of such acts, battery, assault, coercion, harassment, or arbitrary deprivation of liberty.

The Philippine Statistics Authority’s National Demographic and Health Survey showed that in 2017, one in every four Filipino women, aged 15 to 49, or 26% have reported experiencing some form of physical, sexual, and emotional violence. – Rappler.com