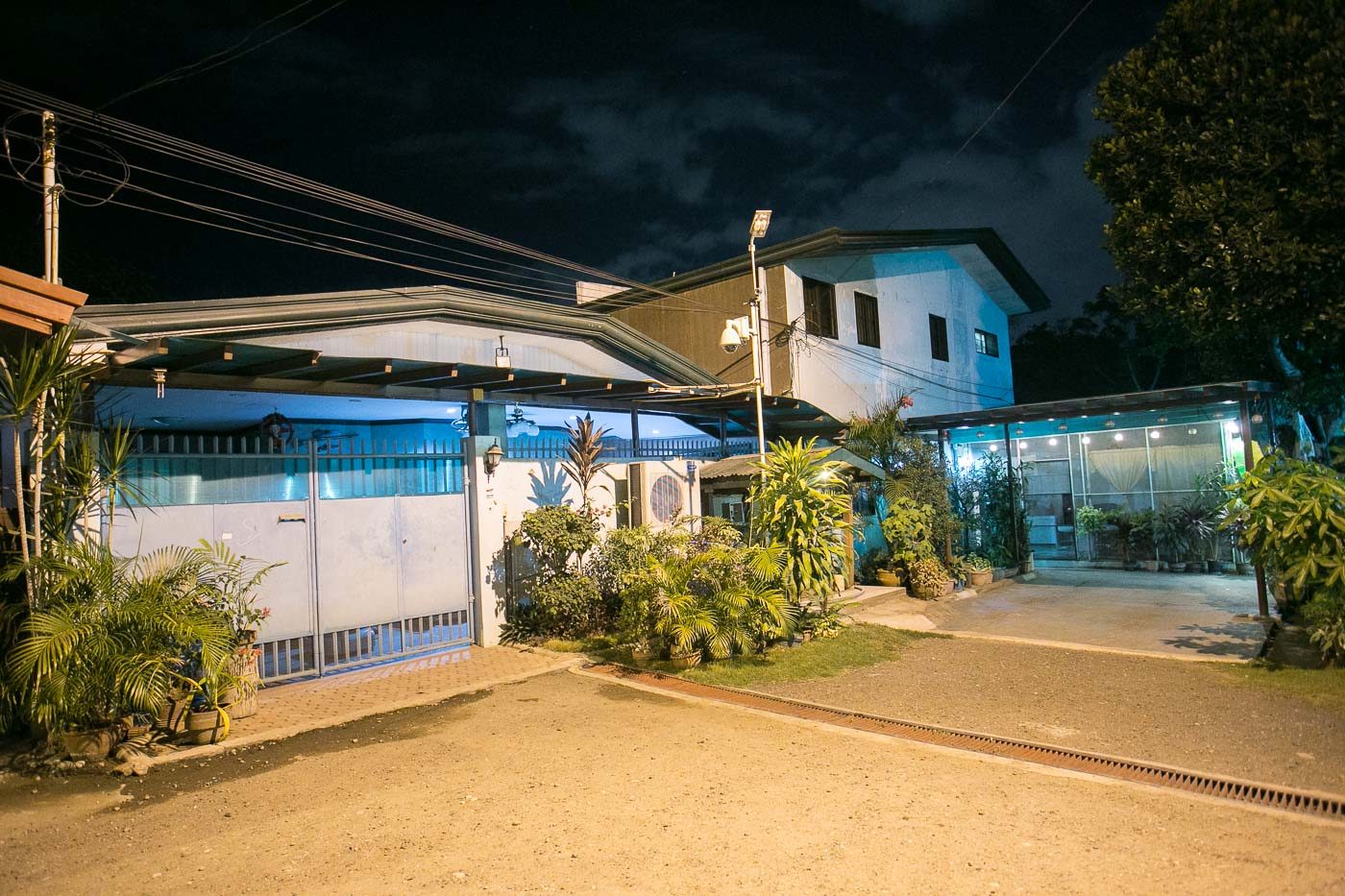 The current residence of Rodrigo Duterte with wife Honeylet and daughter Veronica at Matina in Davao City.

DAVAO ORIENTAL, Philippines – Hundreds of police officers and soldiers would be deployed to secure former president Rodrigo Duterte’s neighborhood as the country’s erstwhile leader prepares to do a Santa Claus in Davao City on Christmas Day.

Police said they were expecting some 40,000 people from all walks of life to flock to Duterte’s old house at Royal Valley Subdivision in Bangcal to collect gifts across Christmas day on December 25.

Duterte has been known for his generosity, especially during the Christmas season, and the December gift-giving has become a yearly tradition for his family and many Dabawenyos.

The Davao City Police Office (DCPO) alone would deploy some 500 of its personnel to secure Duterte’s house and neighborhood, he said.

Lupaz said the main venue of Duterte’s Christmas party would be across the house of the former president, and the area would be enclosed by authorities for security reasons.

He said the military would also field soldiers to the neighborhood, and the Davao police would tap “force multipliers.”

Duterte’s Christmas party for the masses has been a yearly event and started even before his rise to the presidency in 2016. It had to be called off in 2020 and 2021 due to public health restrictions imposed by the government in response to the COVID-19 pandemic.

“I have been covering that yearly event since it started in the 1990s. It always went on smoothly. No one goes home empty-handed,” said Paul Palacio, a journalist at Newsline-Philippines.

To ensure a smooth flow of the gift-giving, organizers would register attendees’ names, and put indelible ink on their fingernails to avoid repeated gift collections.

Duterte’s previous gifts included packs of rice and grocery items. Cash prizes were also raffled off during the past Christmas parties.

Local officials also lit a Christmas tree and city hall’s decorative lights, including a 3D wall at the San Pedro Square, to signal the opening of the December merry-making in the city. – Rappler.com