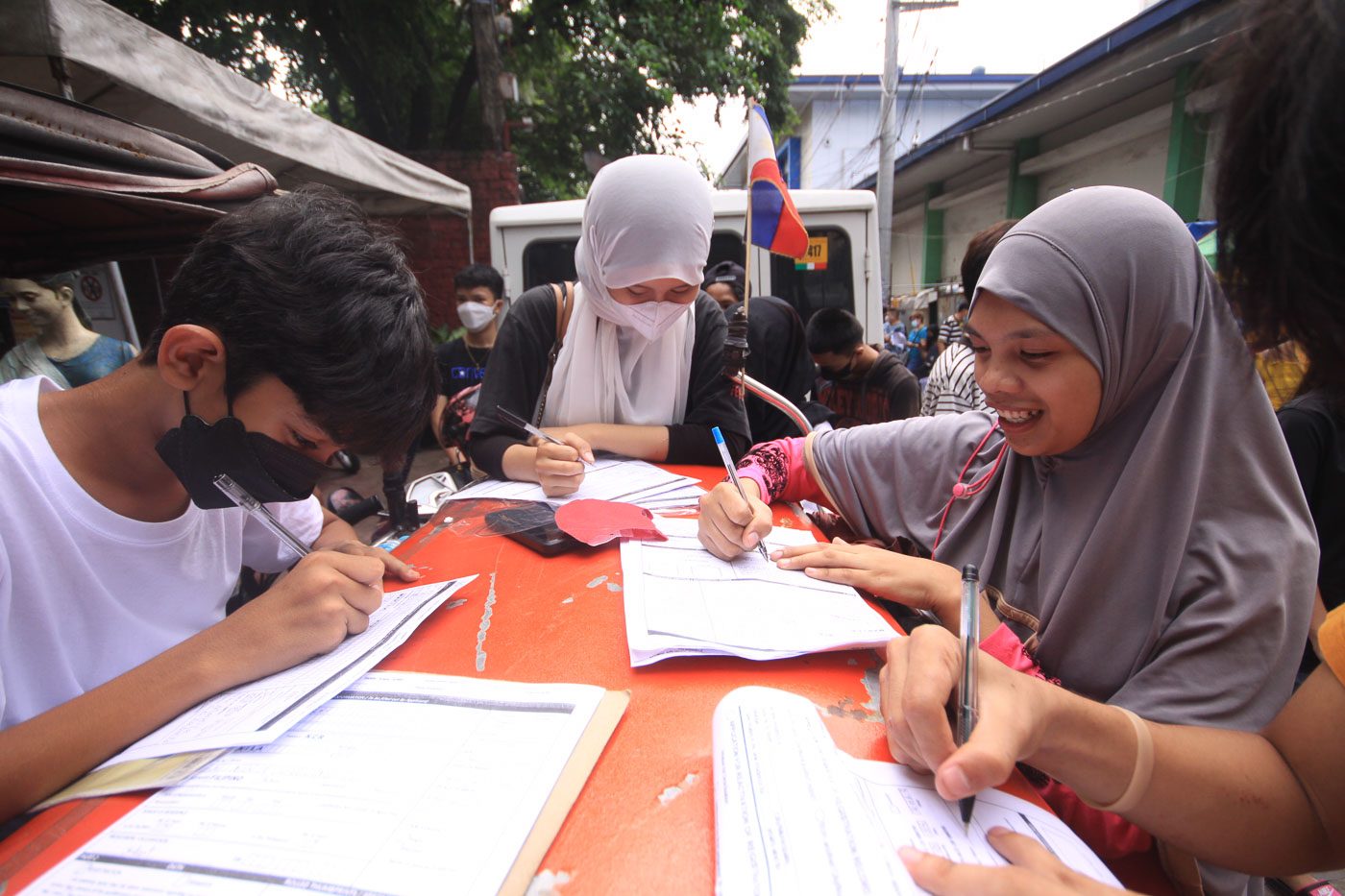 MANILA, Philippines – The barangay and Sangguniang Kabataan elections (BSKE) originally scheduled for December 2022 will no longer push through.

On Monday, October 10, President Ferdinand Marcos Jr. signed the measure moving the electoral exercise to October 2023, despite vehement opposition from poll watchdogs who believe that another postponement will deprive Filipinos of their right to regularly elect their leaders.

Republic Act 11935 sets the BSKE “the last Monday of October 2023 and every three years thereafter.”

This is the fourth time since 2016 that the barangay elections were postponed; the first three times were under the Duterte administration.

The Commission on Elections (Comelec), which is in charge of the polls, can now stop preparations. The election body previously said it would not put the brakes on preparations unless Marcos himself signed the bill ratified by the Senate and the House of the Representatives.

In delaying the elections by almost a year, advocates for postponement gave multiple reasons.

Senator Imee Marcos, who sponsored the bill in the upper chamber, said moving the electoral exercise to the last quarter of 2023 would “buy us time” to roll out reforms, such as her proposed extension of barangay officials’ term in office, from three to six years.

Some lawmakers also argued that the government would be able to tap the P8.4-billion funds given to the Comelec and use them instead for pandemic response.

But the Comelec had clarified that its fiscal autonomy means the money already given to the poll body would not be returned to the executive department despite a postponement of the elections.

Other legislators also believe that moving the polls would allow the country to “heal” after a divisive presidential election, which resulted in the landslide victory of the late dictator’s son and namesake Ferdinand E. Marcos.

Watchdogs, however, do not buy this justification, insisting that the time is ripe for a fresh mandate in village and youth councils across the Philippines.

Delaying the polls by a year would incur additional expenses of up to P10 billion, Comelec Chairman George Garcia had warned.

But House Speaker Martin Romualdez had said the Comelec’s budgetary needs as a result of the postponement will be addressed.

The Comelec has already begun printing ballots for the barangay polls, but it assured the public that such election materials will not be wasted and are still usable. – Rappler.com