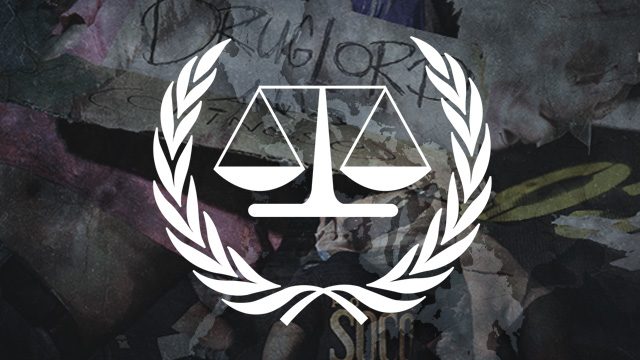 “In its submission to the Pre-Trial Chamber (PTC) of the International Criminal Court (ICC), the Philippine Government asked the PTC to deny the request of the Office of the Prosecutor (OTP) to resume its investigation of alleged crimes against humanity committed in the territory of the Philippines in the context of the so-called ‘War on Drugs’ between 01 July 2016 and 16 March 2019, including in the Davao region between 01 November 2011 and 30 June 2016,” Guevarra said.

The comment is a response to the invitation of ICC Prosecutor Karim Khan to the Philippine government to send a comment as part of due process. The invitation came after Khan asked the pre-trial chamber to resume the probe.

The solicitor general said they submitted the comment through the Philippine embassy in The Hague, Netherlands on September 8 – the same deadline set by the ICC.

Last month, Justice Secretary Remulla said the Philippines would submit the comment out of respect, and not necessarily as part of “compliance.”

What are the government’s arguments?

“The ICC has no jurisdiction over the situation in the Philippines. The alleged murder incidents that happened during the relevant period do not constitute ‘crimes against humanity,’ considering that said incidents do not qualify as an ‘attack’ against the civilian population,” the solicitor general said.

“Furthermore, the said occurrences were not in furtherance of a state or organizational policy to commit such attack.”

However, in 2021, the Supreme Court said the country is still mandated to cooperate in the ICC’s criminal proceedings even though it withdrew its membership. Article 127 of the Rome Statute also states that all proceedings prior to the withdrawal remain valid even after withdrawal. 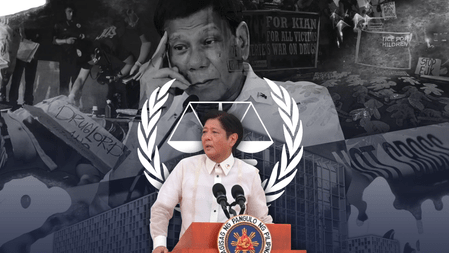 Investigation is ongoing. In a second argument, Guevarra said the cases filed before the ICC are already under investigation.

“The Philippine Government emphasized that the complaints filed before the ICC are already being investigated and prosecuted by the proper agencies and that the State is neither unwilling nor unable to carry out these domestic proceedings. A report on the progress of these investigations was included in the submission,” the solicitor general said.

Guevarra added that the situation in the Philippines is “inadmissible under Article 17 of the Rome Statute.” Paragraph (a) of Article 17 states this condition: “The case is being investigated or prosecuted by a State which has jurisdiction over it, unless the State is unwilling or unable genuinely to carry out the investigation or prosecution.”

The Department of Justice, in fact, initiated a review of the bloody drug war. It started in 2020 under Guevarra’s watch, although this was considered unsatisfactory by Khan. 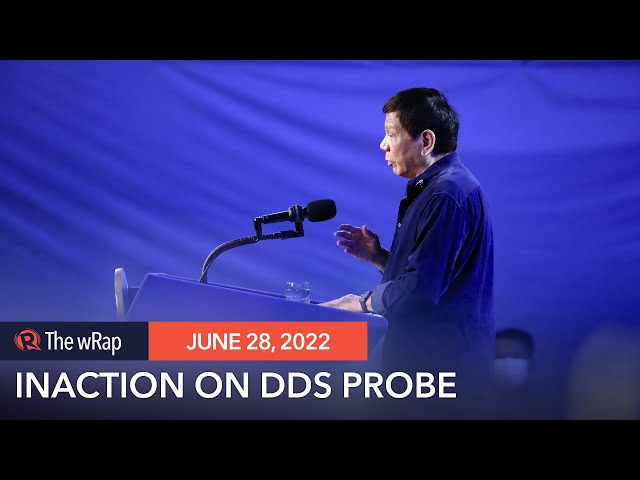 In his request to resume the probe, the ICC prosecutor said the Philippine justice department only conducted a “mere desk review,” which mostly included administrative, and not criminal sanctions.

“Under the complementarity principle, state-level investigative proceedings should take precedence, thereby rendering the resumption of the OTP’s investigation into the Philippine situation unwarranted.”

The concept of complementarity means that the ICC can only conduct a probe when a country’s national justice system fails to function. The Parliamentarians for Global Action said this principle applies “when it is demonstrated that they are unwilling or unable to genuinely carry out proceedings.”

Based on proceedings, an investigation can only be opened when it passes the admissibility test. This means it should first be proven that the Philippines, on its own, is unable and unwilling to probe into the crimes.

Guevarra added that the country also submitted proof that the government has made inquiries into drug-related killings in Davao from 2011-2016. But, the failure of the government to satisfactorily look into Davao Death Squad is part of the reason why Khan wanted to resume the probe.

As of June 2022, only three cops involved in the killing of 17-year-old Kian delos Santos have been convicted. There are also at least two reports on investigations conducted by the justice department into the drug war. The first report that covered 300 cases, revealed lapses in police protocols. The second report covered 52 drug operation cases, where administrative liability was established.

Five years into the bloody drug war, the Philippine National Police granted the justice department access to only 61 out of thousands of cases. – Rappler.com