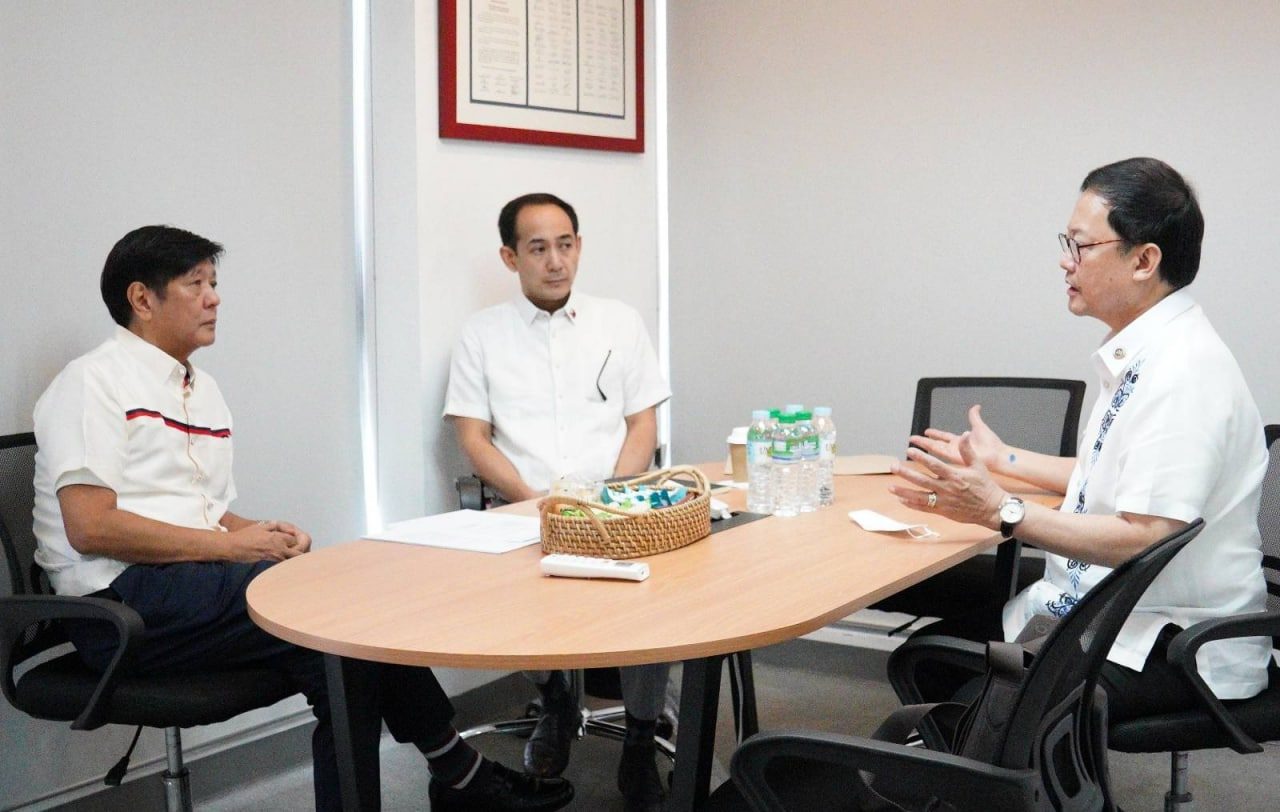 Facebook Twitter Copy URL
Copied
(1st UPDATE) Considered by many as a dissenter in the Duterte Cabinet, Guevarra is also a recognized legal expert with a generally good reputation within the legal and human rights community 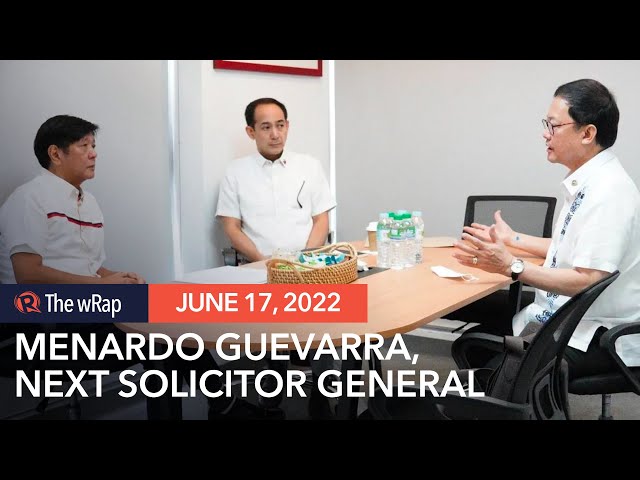 MANILA, Philippines – Outgoing Justice Secretary Menardo Guevarra, who has been named the new solicitor general of the incoming government of president-elect Ferdinand “Bongbong” Marcos Jr., has the distinction of serving three consecutive presidents.

Guevarra was deputy executive secretary for legal affairs in Malacañang during the time of the late former president Benigno “Noynoy” Aquino III and was later appointed by Aquino as commissioner of the Philippine Competition Commission (PCC). When President Rodrigo Duterte won, Guevarra stayed on at the Palace as senior deputy executive secretary. Executive Secretary Salvador Medialdea was Guevarra’s co-partner in their law firm.

In 2018, Guevarra was appointed by Duterte his Secretary of Justice.

The incoming solicitor general was a partner of the De Borja, Medialdea, Ata, Bello, Guevarra and Serapio Law Office, the same law firm where incoming first lady Liza Araneta Marcos once worked as an associate. Guevarra’s firm represented Imelda Marcos in the case that eventually ended with the Supreme Court ordering the family to pay P23 billion, which had possibly ballooned to a P203-billion estate tax. Guevarra confirmed this to justice reporters but said the case was turned over to Liza Marcos’ firm when she left.

Guevarra declined nominations to be Supreme Court associate justice several times in the Duterte government, citing the need to helm the Department of Justice (DOJ) “in troubled times.” Guevarra is 68 years old and because of a new Judicial and Bar Council (JBC) rule, he is now deemed overage to apply for a spot in the Bench.

Guevarra is a true blue Atenean, and graduated from the Ateneo Law School in the same batch as Liza Marcos. (He has a Masters in Economics from the University of the Philippines which was useful during his stint at the National Economic and Development Authority pre-EDSA. He decided to enter law school afterwards.)

In a message to justice reporters confirming his appointment Friday, June 17, Guevarra said he was offered both solicitor general and justice secretary 10 years ago.

“Maybe the time wasn’t ripe then. Now everything’s coming back to me. It’s the hand of God at work,” said Guevarra.

Dissenter in the Duterte Cabinet

Many would consider Guevarra as a dissenter in the Duterte Cabinet, having more than once taken positions against the Palace’s legal policies. But the “most sensitive” entanglement with Duterte, Guevarra said, was the Department of Justice or DOJ’ s creation of a drug war review that reinvestigated killings by police officers in the drug war.

“The DOJ had to take important steps to make accountable the law enforcement agents who were directly instructed by the President to go all out against illegal drugs, so palagay ko ‘yan ang pinaka-significant na (so I think that was the most significant) point of stress between myself as Secretary of Justice (SOJ) and the President,” said Guevarra during the Kapihan sa Manila Bay forum on Wednesday, June 15.

Guevarra is a recognized legal expert, and has a generally good reputation within the legal – or even the human rights – community.

“While we have principled disagreements with the outgoing SOJ on certain fundamental issues, he appears to be a more decent and reasonable public official who is, by and large, respected for trying to be faithful to the ‘rule of law’ and due process despite, or because of, his position,” said Edre Olalia, president of the National Union of Peoples’ Lawyers (NUPL).

But some are unsatisifed. When Guevarra said this week the DOJ is against red-tagging, and that labeling is dangerous, former Supreme Court spokesperson Ted Te said: “Too little, too late.”

The Commission on Human Rights (CHR) also had some dissastisfaction about being looped out of the DOJ drug war review.

At the helm of the OSG

Although the Office of the Solicitor General (OSG) is technically an agency attached to the DOJ, the office is autonomous and Guevarra would have the rank of a Court of Appeals presiding justice.

Under Jose Calida, the OSG was used to go after perceived critics of the government, and was closely involved with the prosecution of the political opposition, and the shutting down of Rappler and ABS-CBN. The words “Tribune of the People,” the OSG motto, were used by Calida to do anything he wanted to do, even going against government clients – such as the time when he favored Marcos in a case against the Commission on Elections during the vice presidential electoral protest. (The protest has since been junked 15-0.)

“We hope he will not only truly be a Tribune of the People but also the conscience of the administration especially on matters of human rights and good governance,” said Olalia.

The OSG under Calida also tried to abolish the Presidential Commission on Good Government (PCGG) by way of streamlining, or absorbing the PCGG functions under the OSG.

Marcos had said before he wanted to expand the mandate of the PCGG, which worried stakeholders because it can also mean weakening the exclusive mandate of the office to go after solely the stolen wealth of the president-elect’s family and their cronies. The PCGG has so far recovered P174 billion in Marcos ill-gotten wealth.

During the Kapihan forum, Guevarra said his advice for Marcos is: “Just follow what the law says, because you will never go wrong if you uphold the law. ‘Yung pag-expand ng powers ng PCGG, I guess hindi naman ibig sabihin nun ay (I guess that does not mean that you) focus more on recovering the alleged ill-gotten wealth during President Marcos’ time but include ill-gotten wealth of other persons.”

Asked Friday what he thought of the controversy of being a solicitor general who would be tasked to pursue ill-gotten wealth cases against the family of the president-elect, Guevarra said: “All of these are now in the courts.”

“I intend to stick to the role of the OSG as the defender of the Republic and tribune of the people,” said Guevarra.

“Guevarra has accepted the nomination as solicitor-general-designate during his meeting with president-elect Marcos on Thursday,” Angeles said in a press release. – Rappler.com