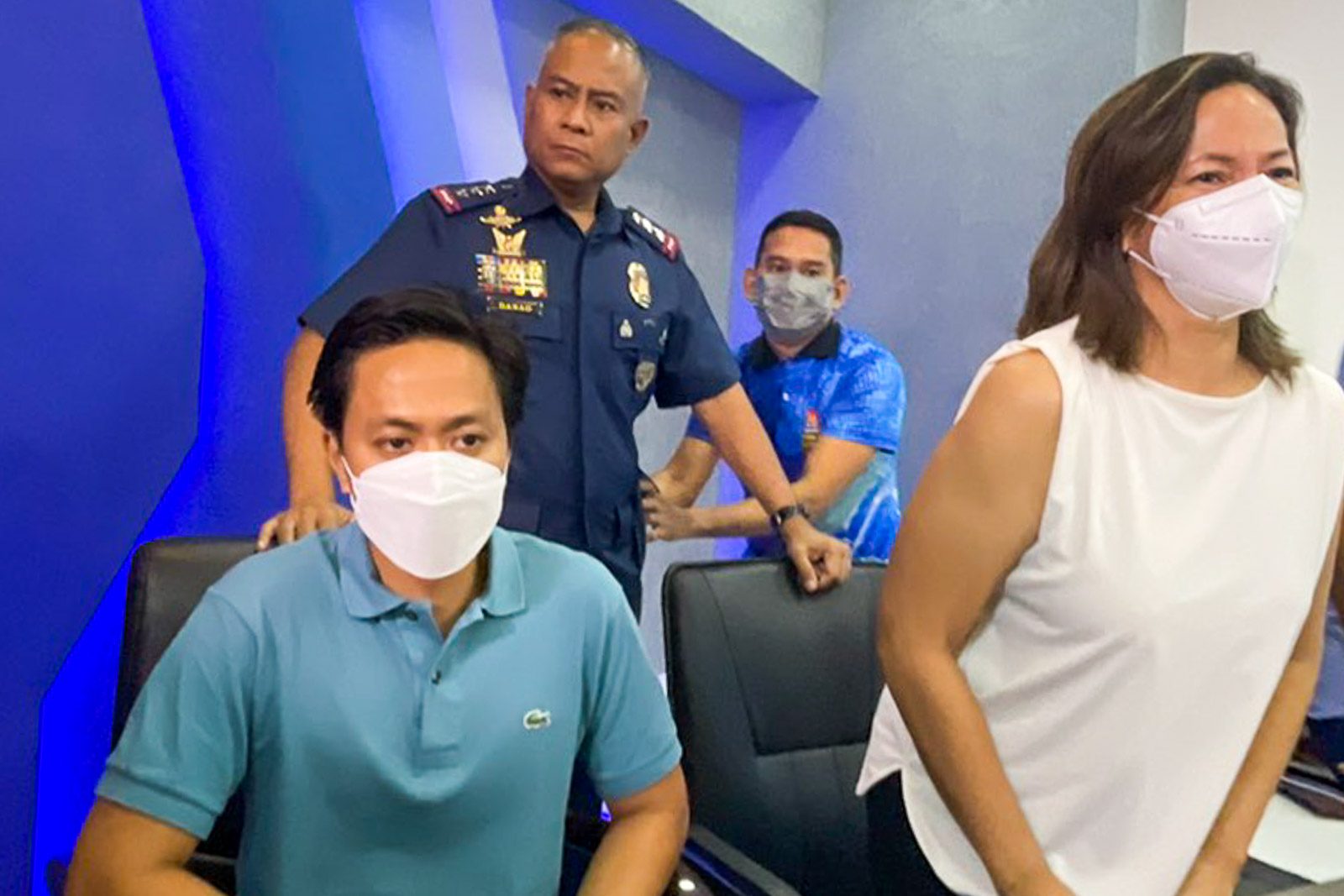 The driver of the sports utility vehicle, identified as Jose Antonio San Vicente, who ran over a security guard near a mall in Mandaluyong City last week surrendered to PNP Chief OIC Vicente Danao Jr, together with his parents and lawyer in Camp Crame on June 15, 2022. Rappler 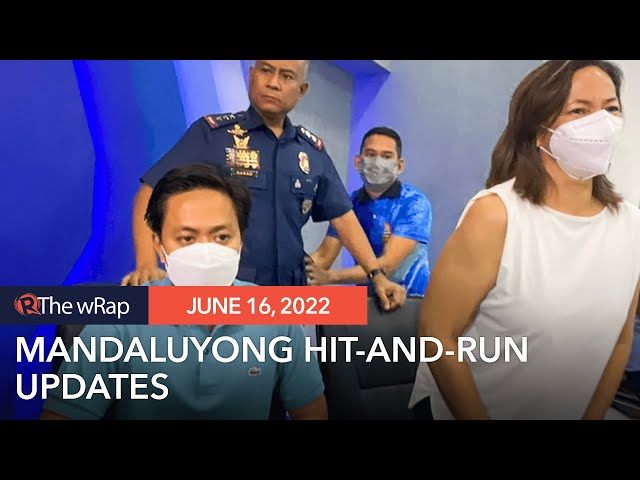 MANILA, Philippines – Some lawyers would debate that when SUV owner Jose Antonio Sanvicente ran over a security guard and drove away, he could have been arrested without a warrant on the principle of hot pursuit – which law enforcement often used if they are eager to apprehend – but in his case, it has been observed that the police took their time with due process.

While security guard Christian Joseph Floralde was directing traffic in Mandaluyong on Sunday, June 5, Sanvicente hit him with his SUV, and then ran over the guard’s chest when the latter fell to the ground, and then drove away. Police tried to go to his house later, but village guards supposedly kept them from entering.

This was an issue of whether police can locate Sanvicente and arrest him without a warrant.

In the past, law enforcement quickly located persons of interest and used the principle of continuing crime to arrest them without warrant. Prior to the Duterte administration, continuing crime meant you can arrest terrorists or rebels even if they were not doing terroristic or rebellious acts at the time of arrest. During the pandemic, police and the National Bureau of Investigation (NBI) located people who had posted or tweeted against Duterte, and arrested them without a warrant on that principle.

“Yes it was possible for him to have been arrested under Rule 113 of the Rules of Court Section 5b for so long as the requirements were met. They didn’t need to characterize it as a continuing crime if they had arrested him immediately. But to say that it is a continuing crime now to justify his arrest without a warrant is untenable,” said Te.

Rule 113, Section 5B says arrest without a warrant is valid when an offense has just been committed, and the arresting officer has probable cause to believe, based on personal knowledge of facts or circumstances, that the person to be arrested has committed the offense. The hit-and-run was caught on video and went viral.

But Te said “the police lost their opportunity to arrest him immediately under the hot pursuit exception after he ran over the traffic enforcer.”

Instead, the police went the regular route to file a complaint for frustrated murder and violation of Article 275 (2) or abandonment of persons in danger and abandonment of one’s own victim before the Mandaluyong Office of the City Prosecutors (OCP). It is now under preliminary investigation.

“As far as the PNP is concerned, we consider this case solved considering that we already filed the case and our person of interest or suspect voluntarily gave up to clear the matters at hand. So we are now leaving to the prosecutor’s office,” acting Philippine National Police chief Lieutenant General Vicente Danao Jr. said in a press conference on Wednesday, June 15.

Before that, Danao announced that they were taking steps to make sure Sanvicente would not leave the country. The police requested an Immigration Lookout Bulletin Order (ILBO), which will not stop the subject from leaving the country.

The Department of Justice (DOJ) issued the ILBO on Tuesday, June 14. The police made the request on Monday, January 13, said Prosecutor Benedicto Malcontento.

The police could have sought a precautionary hold departure order, a rule approved by the Supreme Court in 2018 for subjects of complaints for crimes where the minimum penalty is at least six years and one day. Prior to the 2018 rule, courts can only issue a Hold Departure Order when the case is already filed before them, but now prosecutors can request the court for a PHDO as they resolve the complaint at their level.

But Prosecutor Malcontento said, “There is yet to be a request for a PHDO from the complainant – the police or the representative of the complainant.”

On Wednesday, June 15, Sanvicente presented himself to the police and proceeded to have a press conference with Danao.

“My apologies for what happened. My apologies to Mr. Floralde and his family,” Sanvicente said.

Te noted that what happened on Wednesday was far from a surrender because there is no charge and there is also no warrant. It was also not a perp walk, said Te, or the habit of law enforcement to present their suspects to the media. Law enforcement perp-walked two men whom they located after allegedly posting threats to harm president-elect Ferdinand “Bongbong” Marcos Jr. during the campaign.

“That press conference was a staged media availability…. The voluntary admissions during the press conference are admissible in the preliminary investigation for frustrated murder. Not so their unilateral characterization of the incident as an accident – this is a defense best raised at trial. More than enough probable cause to charge here,” said Te. – Rappler.com