Facebook Twitter Copy URL
Copied
Remulla says: 'It’s a work in progress. We are pushing the BuCor to go faster on this. I have people assigned to really follow up on a daily basis with the work of the BuCor on this matter.'

MANILA, Philippines – Department of Justice (DOJ) Secretary Boying Remulla said it was not easy to shift from manual to digital in processing the country’s prisoner records.

Speaking during a press briefing with Department of the Interior and Local Government (DILG) Secretary Benhur Abalos on Thursday, July 25, Remulla said their program is still work in progress.

“It’s a work in progress. We are pushing the BuCor (Bureau of Corrections) to go faster on this. I have people assigned to really follow up on a daily basis with the work of the BuCor on this matter,” Remulla said.

Despite the delay, the new justice secretary said they already imposed digitization as a requirement.

“Kasi hindi talaga (It’s not really), digital is not a new thing, but for things that have been done for years as manual, siyempre hindi madaling pumasok sa (It’s not easy to introduce) change but we are imposing this already as a requirement.”

In 2020, the DOJ signed a memorandum of agreement with other agencies in the justice sector and attached agencies to digitize the agency’s criminal data system. The DILG and the BJMP are also among the signatories in the agreement. The portal, named National Justice Information System, would be a single portal that will hold all the data of prisoners and complaints that fall under the jurisdiction of prosecutors. Meanwhile, the prisoners’ data portal is known as Single Carpeta System, which aims to solve the problem on record-keeping of corrections and penology agencies.

In 2021, the justice department announced that it has yet to complete the carpeta system. In fact, corrections official Gabriel Chaclag gave a response last year similar to Remulla’s when asked about the updates on the carpeta: “It’s an ongoing project.”

What are other plans to address jail congestion? 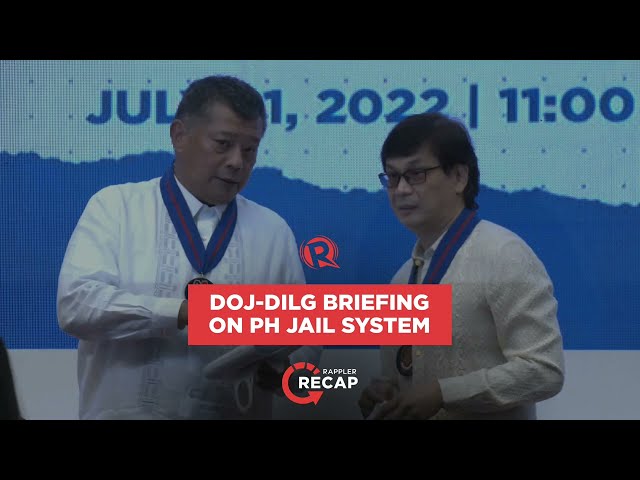 Why these efforts are important