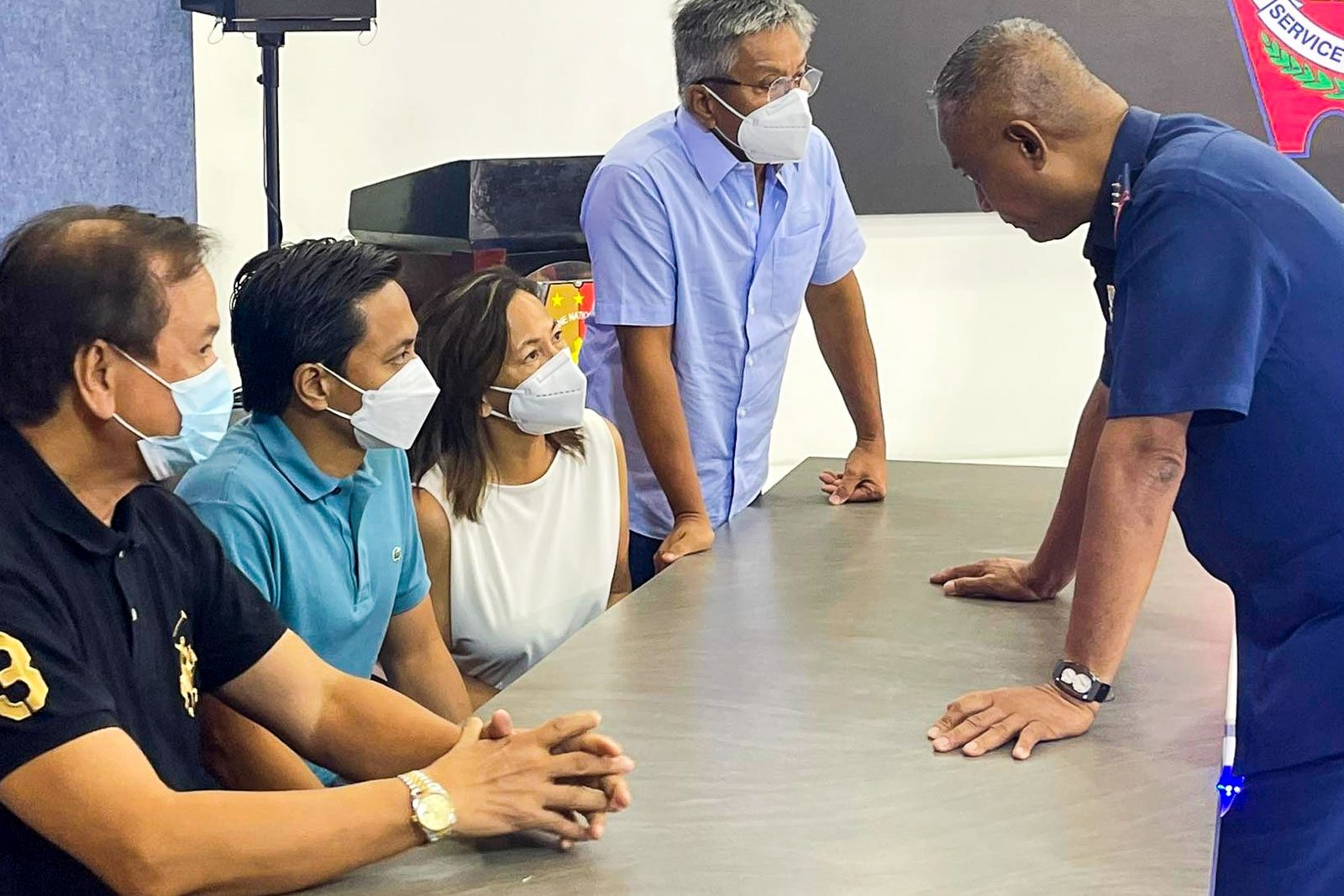 INDICTED. The driver of the sports utility vehicle, identified as Jose Antonio San Vicente, who ran over a security guard near a mall in Mandaluyong City last week surrendered to PNP Chief OIC Vicente Danao Jr, together with his parents and lawyer in Camp Crame on June 15, 2022.

In a resolution dated June 29, the prosecutors said they had found probable cause to indict Sanvicente, who hit a security guard on June 5 in Mandaluyong. In the resolution, prosecutors also dismissed the complaint for abandonment of one’s victim or violation of Article 275 of the Revised Penal Code for lack of probable cause.

Based on reports, security guard Christian Joseph Floralde was directing traffic when Sanvicente hit him with his vehicle, and then ran over Floralde’s chest. Sanvicente drove away after the incident. Cops tried to visit Sanvicente in his house, but village guards allegedly kept the law enforcers from entering.

In the resolution, the prosecutors noted that Sanvicente did not express any regard to the security guard after the latter fell to the ground after being hit by the vehicle.

“It would not be amiss to state that respondent neither reduced velocity, halted, nor changed direction after complainant was pinned by his vehicle. Respondent did not even express any regard for complainant by stopping his vehicle and/or alighting therefrom to check on the victim. Worse, respondent impertinently sped away as if nothing happened and without due concern that he could still run over complainant with his rear tires,” the resolution stated.

“Having established intent to kill, sufficient cause therefore exists to indict respondent for Frustrated Homicide.”

The resolution also stated that the intent to kill was showed in Sanvicente’s “incessant actions before, during, and after the incident.”

It was the police, which filed the frustrated murder and violation of Article 275 (2) of the Revised Penal Code before the Mandaluyong prosecutors’ office.

In explaining why frustrated homicide was ruled instead of frustrated murder, the prosecutors said “none of the qualifying circumstance for murder” were appreciated.

“While we do note that the crime may have been perpetrated with the use of a motor vehicle (Toyota RAV4), the same does not necessarily qualify the offense to murder. The qualifying circumstance of ‘by means of motor vehicle’ must pertain to an instance where the accused purposely sought or initially intended to commit a crime by employing such means.” The prosecutors also explained that the complaint for violation of Article 275 (2) was dismissed because it was “diametrically opposed” on the findings of frustrated homicide.

“Anent, the charge for violation of paragraph (2) of Article 275 of the Revised Penal Code, this Office finds the same diametrically opposed if not congruent to the findings of Frustrated Homicide. Evidently, respondent’s intent to eliminate complainant negates any regard to save or aid his ailing victim.” – Rappler.com