36 Years: What makes and breaks the OVP 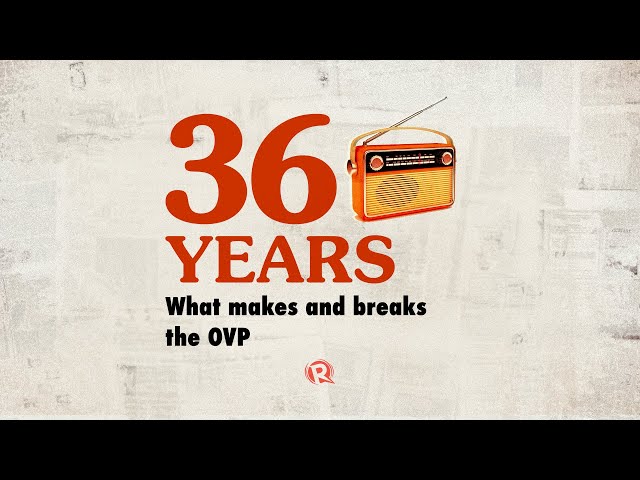 Facebook Twitter Copy URL
Copied
In Part 2 of our interview with Manolo Quezon, we talk about the Office of the Vice President, its potential, and its limitations

MANILA, Philippines – The second highest office in the land is both everything and nothing that the title suggests. In the Philippines, the post’s duties are undefined by the Constitution, although vice presidents are often assigned Cabinet posts – so long as they’re close allies of the president.

This episode of 36 Years features Part 2 of our conversation with historian and columnist Manolo Quezon. We talk about the Office of the Vice President (OVP) and how it’s changed through the years – from the pre-EDSA times to the office under Vice President Sara Duterte today.

Quezon also explains that if you’re to understand how the OVP functions, you must first look at Malacañang.

New episodes of 36 Years stream on Rappler’s social media pages every Tuesday night, with an audio-only version dropping on all podcast platforms every Thursday.