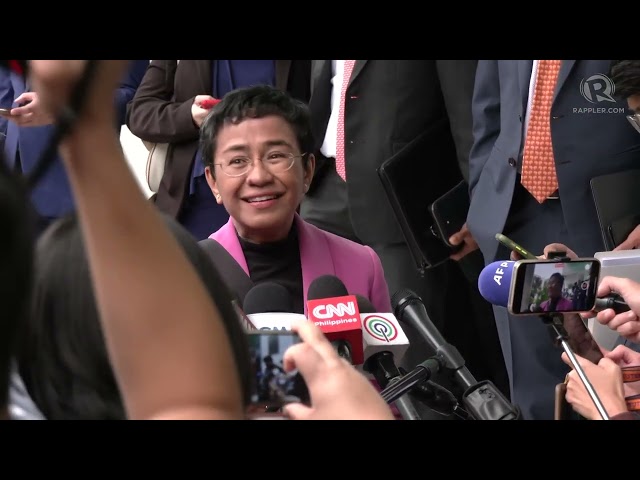 It marks the end of a years-long legal battle that began during the previous administration under Rodrigo Duterte.

The CTA 1st Division acquitted Ressa and Rappler Holdings Corporation, Rappler’s holding company, in the Duterte government’s charge that it evaded tax payments when it raised capital through its partnership with foreign investors North Base Media and Omidyar Network.

This involved the issuance to the two entities of Philippine Depositary Receipts or PDRs, financial instruments that are used by other media companies like ABS-CBN and GMA Network.

The emotional Nobel Peace Prize laureate faced media after the acquittal, saying that facts, truth, and justice have won, but that there is “more work ahead.”