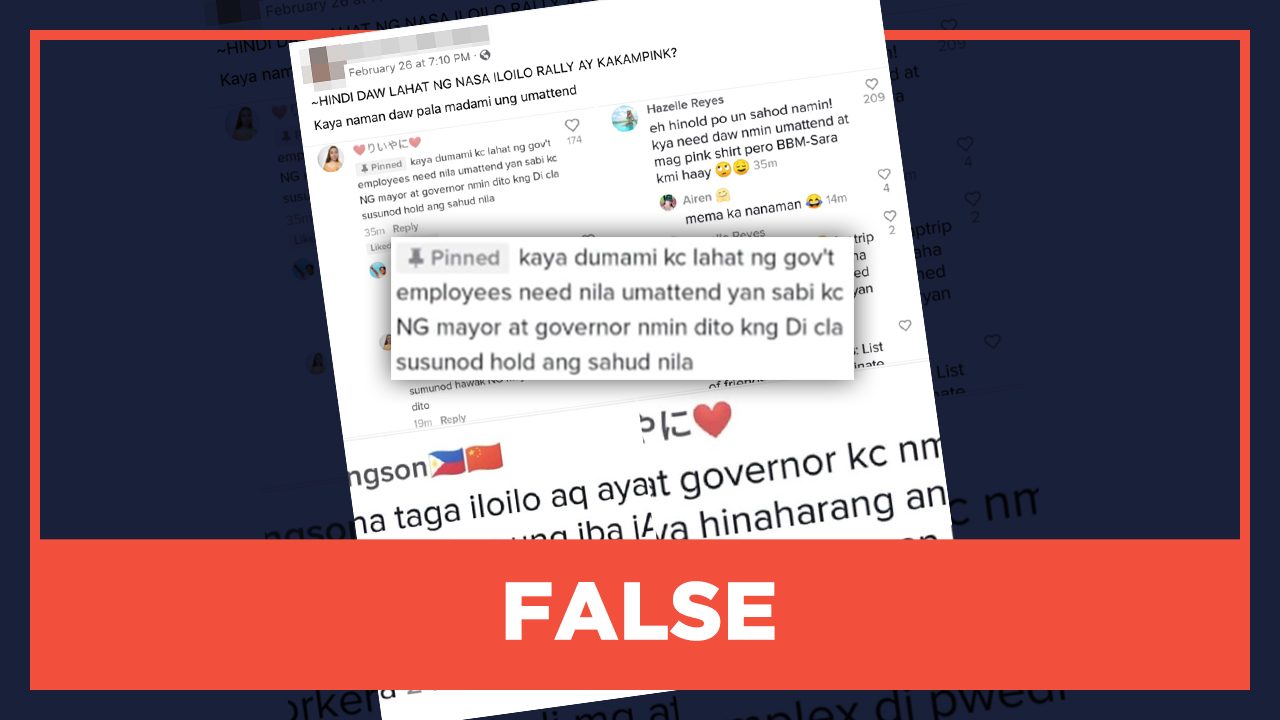 Shortly after the Iloilo leg of Vice President Leni Robredo and Senator Kiko Pangilinan’s 2022 national election campaign – their February 25 rally having the biggest crowd so far in their sorties – posts alleging that supporters were paid floated online.

A post by Facebook user Linus John Kevin Bruhn on February 26 contained screenshots of what looked like TikTok accounts by purported city and provincial government employees, who alleged that they were required by their local chief executives to attend the grand rally at the Iloilo Sports Complex the night before.

As of writing, the said Facebook post has 99 comments, 212 shares, and hundreds of emoji reactions from Robredo-Pangilinan supporters and detractors alike.

“I strongly deny that. They would allege everything. Can anyone require attendance in a rally? As you can see, most of the attendees were members of the youth,” the mayor said in a text message.

The mayor also took to his official Facebook page on Sunday, thanking Ilonggos for joining the rally, and likewise denying the allegations.

“I would like to thank all the Ilonggos who joined us last Friday during the People’s Rally. The resounding success of the event has gathered many skeptical remarks and allegations coming from all parts of the country, but we remain steadfast as a people,” he said.

“Nobody out of the 40,000 who attended was forced, required, or paid. People are from different sectors who crave good governance that’s why it felt like a movement rather than just a campaign,” he added.

Iloilo Governor Arthur Defensor did not respond to our queries on the matter, but released a statement on Monday, February 28, that indirectly answered the accusations.

“The fact that not one of you was forced or paid to be there shows that the gathering was very true to its title – People’s Rally. For, by being there, we have shown to the rest of the Filipino people the resolve of the Ilonggos,” said the governor.