Make Cebu City like Singapore? Why masking was eased in Visayas premier city 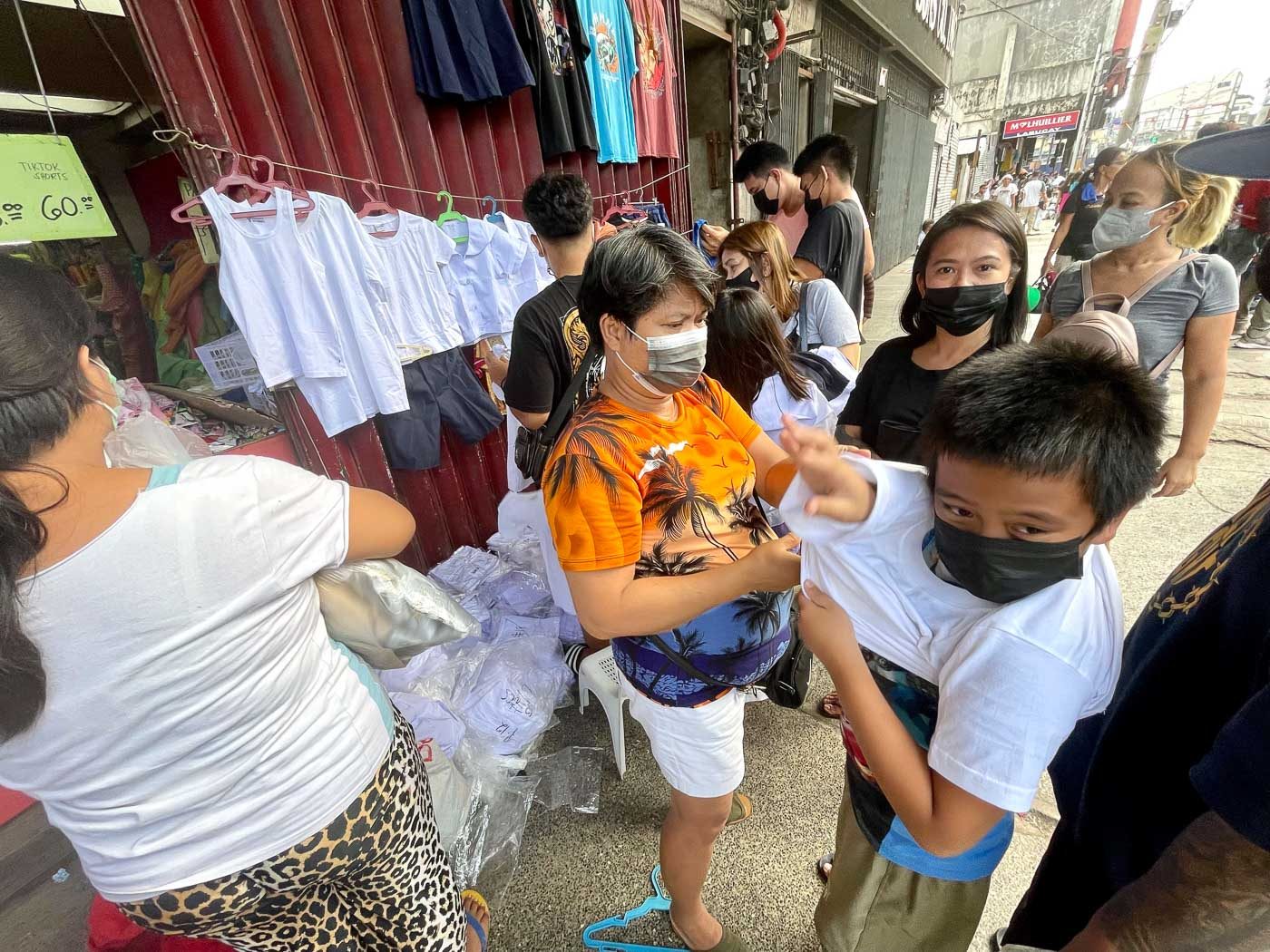 CEBU CITY, Philippines – Only two years ago, Cebu City was named a second epicenter of the COVID-19 pandemic in the Philippines.

But as of Thursday, September 1, the city – through Mayor Mike Rama’s Executive Order No. 5 – became the first to ease mask restrictions, making it the only major city in the country to have done so. This assertion of autonomy is a direct challenge to the Philippines’ COVID-19 task force, the main government body responsible for implementing the country’s once-strict quarantine policies.

But following Cebu City’s move to ease restrictions it seems that President Ferdinand Marcos Jr. has taken the cue from Cebu.

But how did Cebu come to decide to ease mask requirements? Rama’s EO 5. is the climax of events of the influential island’s two years of dealing with the pandemic. 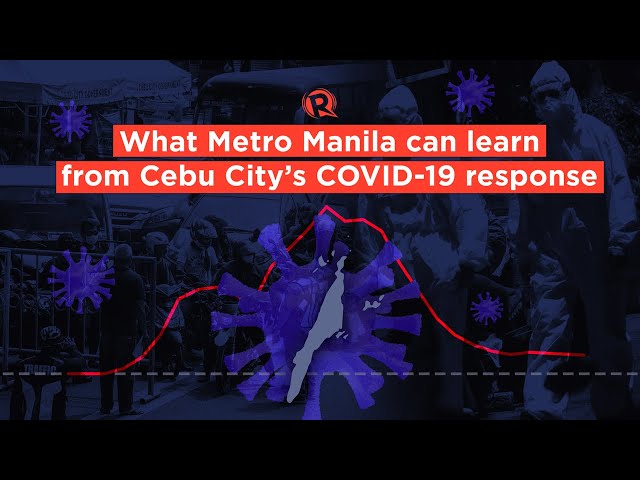 In June 2020, officials of the former Rodrigo Duterte administration were alarmed by the skyrocketing number of cases in Cebu City. (READ: How Cebu City almost became the Philippines’ coronavirus epicenter)

The national government ordered former environment secretary Roy Cimatu to take control of the local pandemic policies, as hospitals filled up their beds with COVID-19 patients and no clear path to pandemic control was in sight.

Public transportation was shut down, only “essential” businesses were allowed to operate at limited capacity, checkpoints were set up all around the city, and residents had to have a quarantine pass – with only one pass issued per household – to run their errands.

The city was able to keep the city’s COVID-19 cases under control by September 2020, months before the first vaccines arrived.

While the former Duterte administration believed the control of COVID-19 infections was due to the militaristic approach they took, the success of pandemic control can be mainly attributed to the LGU’s initiatives of free testing, aggressive contact tracing, and isolation.

But the freezing activity in the island’s tourism sector and “non-essential” businesses proved to become a political issue in the months that followed. It would fuel Cebuanos’ resistance to the Philippine government’s top-down and heavy-handed approach to the pandemic.

Governor Gwen Garcia and other local politicians like Rama recognized the frustration of Cebuanos who could not pursue their trades, professions, or conduct business because of the tight pandemic rules.

As vaccines began to get rolled out in the Philippines, and restrictions became more relaxed around the country, Garcia would often say that Cebu was “moving forward and moving on” from the pandemic.

Rama was acting mayor for months at a time while the late mayor Edgar Labella was often sick prior to his death in November 2021. It was during that time that the Cebu City government sharpened its data-driven approach to the pandemic.

But he understood the sentiment of Cebuanos who were trying to bounce back on their feet after the lockdowns and the devastating Typhoon Odette, which struck the island last December 2021.

In February 2022, he declared Cebu would be an “open” city despite the threat of the Omicron variant.

This shift would signal Rama’s position – that the responsibility of COVID-19 prevention was up to individuals more than the government.

“In an effort to promote self-regulation, all establishments, persons, and families are directed to set and impose proactive health protocols and action plans. These include the installation of facilities and devices which include air circulation and proper ventilation,” Rama said on Cebu City’s 85th Charter Day on February 24.

Despite this, the city’s COVID-19 emergency operations center (EOC), which was set up during the first COVID-19 surge under the leadership of Cimatu, was not dismantled.

Instead, the EOC broadened its focus from contact tracing individual cases alone to include focusing on other diseases like dengue, and helping plan crowd control in the 2022 election campaigns.

Rama began talking about a “Singapore-like Cebu” in June when he started his term as mayor.

The mayor, who returned to a seat he last held over six years ago, said he would use the experience of Singapore, to further guide Cebu City in its development.

This plan mainly includes paying the city’s debt, realizing the BRT project, and fixing the perennial traffic, pollution and flooding, to name a few.

But he’s also taking the cue from Singapore for the policy on masking.

When it comes to the COVID-19 situation, is Cebu actually like Singapore?

Based on the data, the situations of Cebu and Singapore are not exactly the same.

According to Singapore’s Ministry of Health, at least 93% of residents are fully vaccinated, while 79% have received a booster shot.

In December 2021, Singapore stopped reporting raw COVID-19 data and instead, focused on percentages of severe cases and deaths per 100,000 and desegregated the cases between the vaccinated and unvaccinated.

As of September 8, Singapore reported .59 cases per 100,000 people who were hospitalized due to COVID-19 who were unvaccinated, .16 who were vaccinated without booster, and .07 cases who were boosted.

Similarly, Cebu also stopped releasing daily COVID-19 case data at the LGU level in June 2022. However, this data is still available via the DOH’s daily tracker.

About 73% of eligible Cebu City residents have been fully vaccinated.

There are also some key differences to note between Cebu City and Singapore.

First, Singapore is a highly developed city-state of over 5 million people, while Cebu City is the capital city of its province, with a population of just under 1 million people.

Cebu City is the center of commerce, trade and tourism in central Philippines, so there is a high level of domestic and international economic activity. But it is under the authority of the Philippine government, which, unlike Singapore, is still a developing country.

While the COVID-19 situation in Singapore is better than in Cebu City, the pandemic situation here falls within what the World Health Organization and DOH would define as “under control.”

But Cebu City and the province’s insistence that they should be allowed to implement their own policy on face masks can also be seen as political flex.

The island is the country’s most vote-rich with over 3.2 million voters. For the entire Cebu, where the Marcos-Duterte tandem also had the support of Gwen Garcia’s One Cebu party, Marcos and Duterte won 1.5 million and 1.7 million votes, respectively.

How Marcos responded to Rama’s challenge of the longstanding mask requirement is a recognition of Cebu’s power and influence.

National government figures like DOH’s officer-in-charge Maria Rosario Vergeire said it was “not the proper time” to relax mask requirements, and the Department of the Interior and Local Government (DILG) initially said it would ask Rama to delay implementation of his EO.

Yet Rama refused to heed the DILG and insisted that the wording of his EO, which makes wearing masks “non-obligatory,” did not equate to dropping the mask mandate.

“The voluntary wearing of face masks in open spaces and non-crowded outdoor areas with good ventilation is hereby allowed provided that not fully vaccinated individuals, senior citizens and immunocompromised individuals are highly encouraged to wear their masks and physical distancing will be observed at all times,” Angeles said.

Before Marcos signed EO No. 3, Cebu City’s order making masks optional was first crafted as a “trial period” effective until December 31. Rama said on Monday that his local mask policy would now be indefinite. – Rappler.com