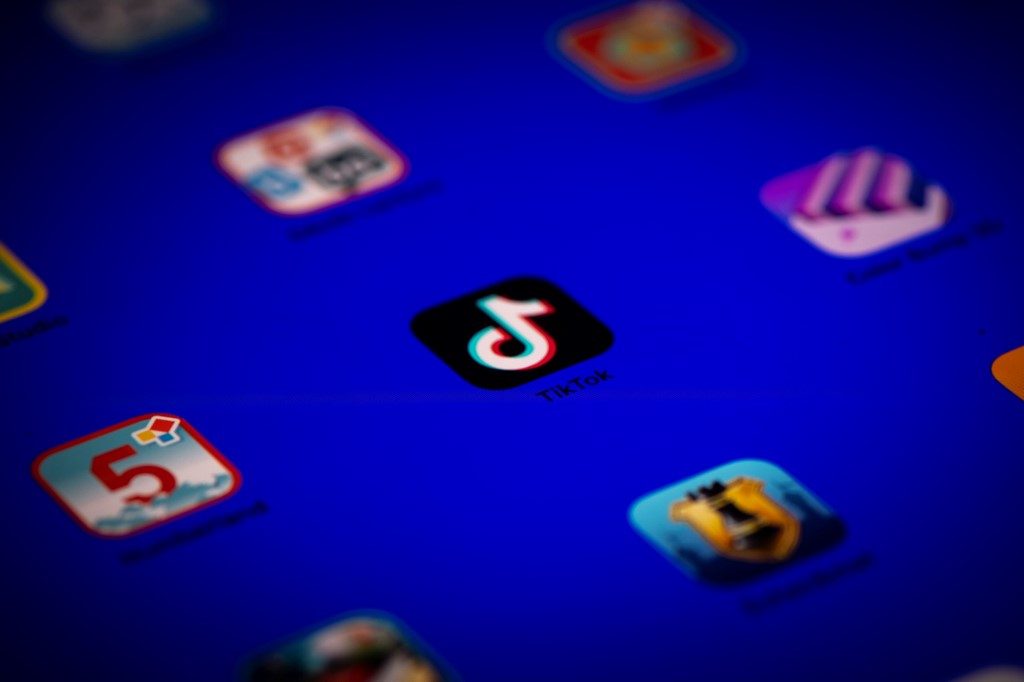 This photo taken on November 21, 2019, shows the logo of the social media video sharing app Tiktok displayed on a tablet screen in Paris. (Photo by Lionel BONAVENTURE / AFP)

When short-form video platform TikTok first entered the social media scene in 2017, it was the new kid on the block that many journalists ignored.

Five years later, it harnessed the power of novelty and quirkiness that catapulted a jiggle jiggle professor, Sea Shanty dancers, and rent free songs to fame.

Now it’s a household name – and a source of insecurity for tech giant Google as well as geopolitical players. Apart from its obvious challenge to YouTube, Tiktok is eating into Google’s core products Search and Maps. Governments are afraid it’s passing on user data to the Chinese government.

Even environmentalists are not happy with it. TikTokers are raising frog and ladybug armies that scientists warn could cause “unintended consequences” like mass extinction. Seriously.

In an interview with The Guardian, Columbia professor Loana Literat says that because it’s a “black box” people can shortcut virally by doing “one wacky thing” after another – popularity stunts – instead of painstakingly building a following. What was once a personality driven platform has become content-based.

A study found that TikTok, along with Instagram, makes one in 3 adults feel negative about their finances, appearances, careers, living situations, personal relationships, and hobbies. And Gen Z and millennials are the most vulnerable to this culture of envy.

And of course, social power is political power. The real world dangers of social media are best seen in the Philippines, once called the petri dish of online manipulators like Cambridge Analytica. During the recent 2022 elections, TikTok was called the new front in election disinformation as false narratives of Marcos’s golden years thrived on TikTok along with the most condemned social media platform on earth, Facebook.

The overall sentiment among serious journalists we’ve read and talked to about TikTok is this: We wouldn’t if we could, but we can’t afford to not be in that space.

So is it just a bad case of mainstream media FOMO? Yes and no.

Tiktok says it’s “available in over 150 countries, has over 1 billion users, and has been downloaded over 200 million times in the United States alone.”

“Two billion downloads worldwide” exclude Android users in China, and it has more than “1 billion video views every day.”

So why do it? TikTok, despite the toxic sludge of disinformation floating on the surface, is still a blue ocean.

Again, it should be a case of eyes wide open because this is how political TikTok has become: K-pop fans used the app to thwart then US President Donald Trump’s rally in Tulsa, Oklahoma; the #BlackLivesMatter hashtag racked up double digit billion views during its heyday, while in the Philippines, it became a virtual battleground between the Robredo Pinks and the Marcos Reds during the last elections.

If a journalist finds his/her identity on TikTok, it’s a way to to connect with a younger, diverse audience.

It doesn’t replace our in-depth and investigative journalism. Hopefully, it’s the equivalent of a fun waterslide that makes your potential viewers realize your news site is not as stuck up as they thought you are.

We in Rappler’s multimedia team say the TikTok mindset isn’t just about brand building, it’s a whole new way of talking to your audience. It’s definitely not a case of talking down to them, unlike what primetime TV news had done to its audience for decades.

In Rappler, TikTok was a practical choice as we went for scale. It was a chance for reporters to experience the video process, instead of handing it over to an overloaded production team.

The best part? Advertisers notice that Rappler now has a presence on TikTok. We’re still feisty, courageous, but not unreachable, and not beyond putting on make-up as we talk to the camera. Who would’ve thought? Goofy and hard news go well together.

As media men and women in an embattled landscape are attacked on all fronts – by governments who define their survival by debilitating adversarial journalism; by social media giants who run away with the advertising pie; by obsolescence that plagues truthtellers in a changing world – TikTok is a realm to experiment with.

We don’t know if us journalists will survive TikTok. But one thing is sure, it will persist in the foreseeable future.

Like Rappler’s frenemy Facebook, TikTok is certainly more addictive than other platforms which means that the harms could be far worse.

In this imperfect world, there are no clearcut solutions, only informed choices.