SECOND-GENERATION BOXER. Jimuel Pacquiao already has a couple of bouts under his belt.

Facebook Twitter Copy URL
Copied
Although he does not want his children to pursue boxing, Manny Pacquiao could not help but allow his eldest son Jimuel to try the sport

If it were up to Manny Pacquiao to decide, he would rather not have his eldest son Jimuel follow in his footsteps as a boxer.

But the Filipino boxing icon could not help but concede as Jimuel stood firm in his desire to pursue boxing.

In fact, Jimuel – who accompanied his father in the United States for Manny’s recent title clash against Yordenis Ugas – decided to stay in California to train at the famed Wild Card Gym. 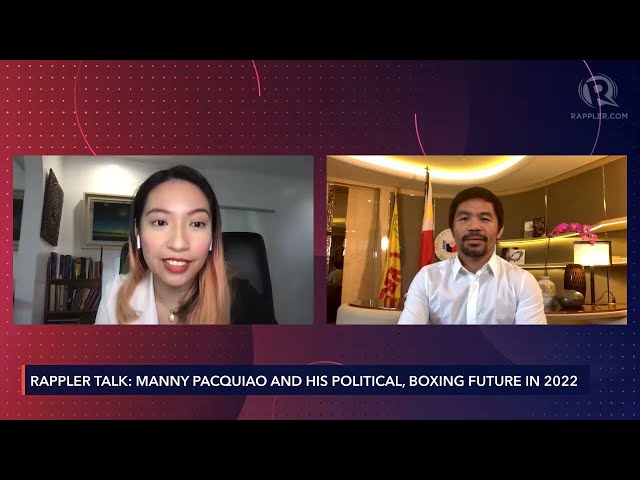 Jimuel, who already has a couple of bouts under his belt, is reportedly gearing up for a fight against YouTuber Boy Tapang.

(If you ask me, I wouldn’t want him to become a boxer because I can’t stand watching my son fight.)

“Kaya lang sa tuwing sinasabi ko sa kanya, binabalik niya, ‘Daddy ‘di ba, boxing is your passion? Same with me, like you, boxing is my passion also. So what are we going to do?’ Tameme ako, hindi ako makapagsalita.”

(But when I tell him about it, he tells me, “Daddy, boxing is your passion, right? Same with me, like you, boxing is my passion also. So what are we going to do?” I become speechless.)

Aside from boxing, the 20-year-old Jimuel also dabbles in acting as he recently starred in the iWantTFC digital series Click Like Share alongside ABS-CBN actor Seth Fedelin.

If Jimuel decides to take boxing seriously, the Pacquiao patriarch has a few pieces of advice for him.

(I told him boxing is not just training, but hard work. You need to have dedication, focus – mentally, physically, and spiritually.)

Manny only has one request for Jimuel.

(I told him to remain in the amateur ranks for now, and to not turn professional.) – Rappler.com