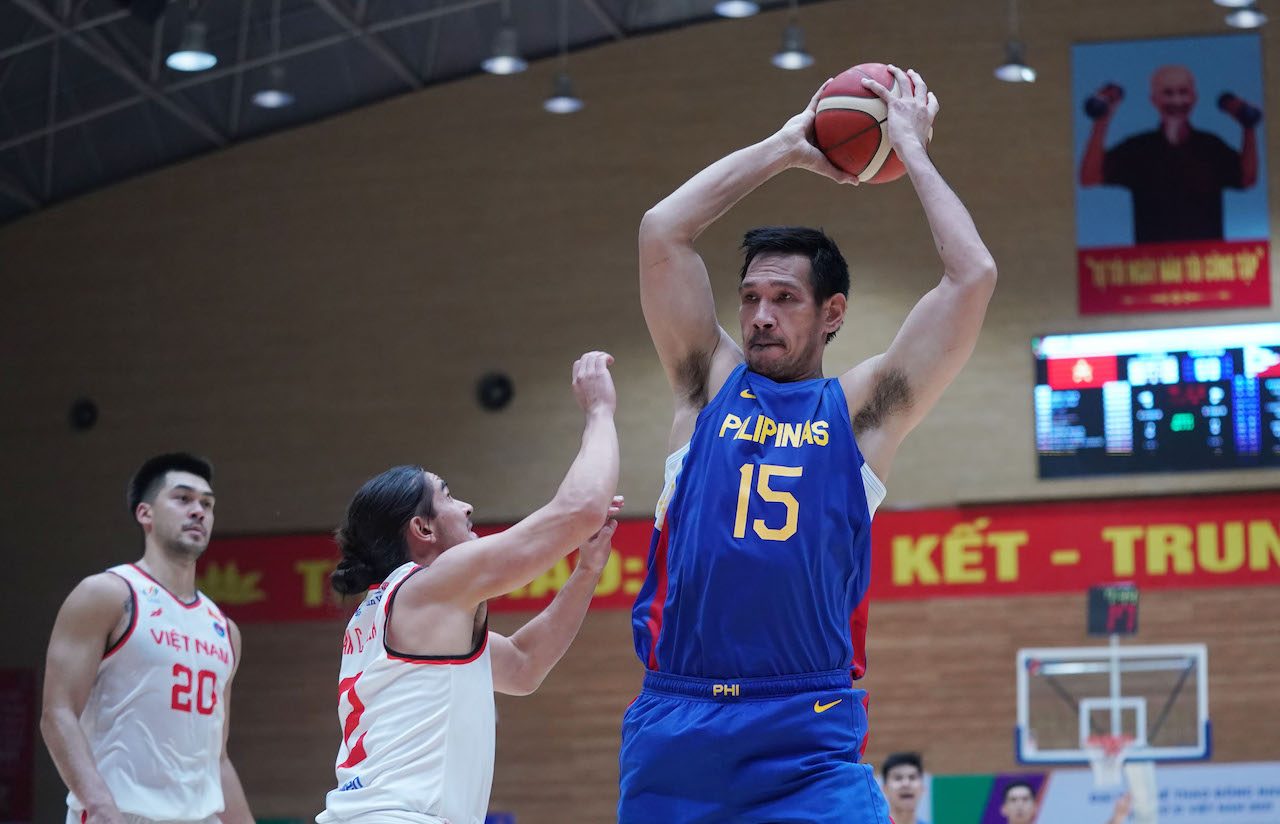 MANILA, Philippines – June Mar Fajardo resumed his role as Gilas Pilipinas’ main man as they stayed unscathed in the Southeast Asian Games with an 88-60 drubbing of host Vietnam on Thursday, May 19.

Taking the back seat as his younger teammates stepped up in routs of Cambodia and Singapore, Fajardo churned out 25 points and 11 rebounds to power the Philippines to a 4-0 start in the round robin tournament.

Nineteen-year-old Francis “LeBron” Lopez continued to impress with 12 points on 6-of-7 shooting to go with a pair of blocks as the Filipinos moved two wins away from capturing a 14th straight SEA Games gold.

The Philippines faces Malaysia on Saturday before it tangles with fellow unbeaten team Indonesia on Sunday in what is deemed as the gold medal clash.

Buoyed by the cheers of their fans at the Thanh Tri Gymnasium, Vietnam remained within striking distance in the third quarter and trailed by just 12 points, 42-54, until the Philippines rode on an 8-0 blitz led by Lopez.

Kib Montalbo drained a triple and Lopez scored 5 straight points to give Gilas Pilipinas a 20-point lead, which grew to as big as 31 points in the final quarter as Vietnam sputtered.

The Philippines scored twice as many as Vietnam, 26-13, in the fourth frame.

Chris Dierker topscored in the loss with 20 points for Vietnam, which absorbed its first loss after a 2-0 start.

Vietnam is on track for a podium finish as it trails the Philippines and Indonesia (3-0) with three games left to play.