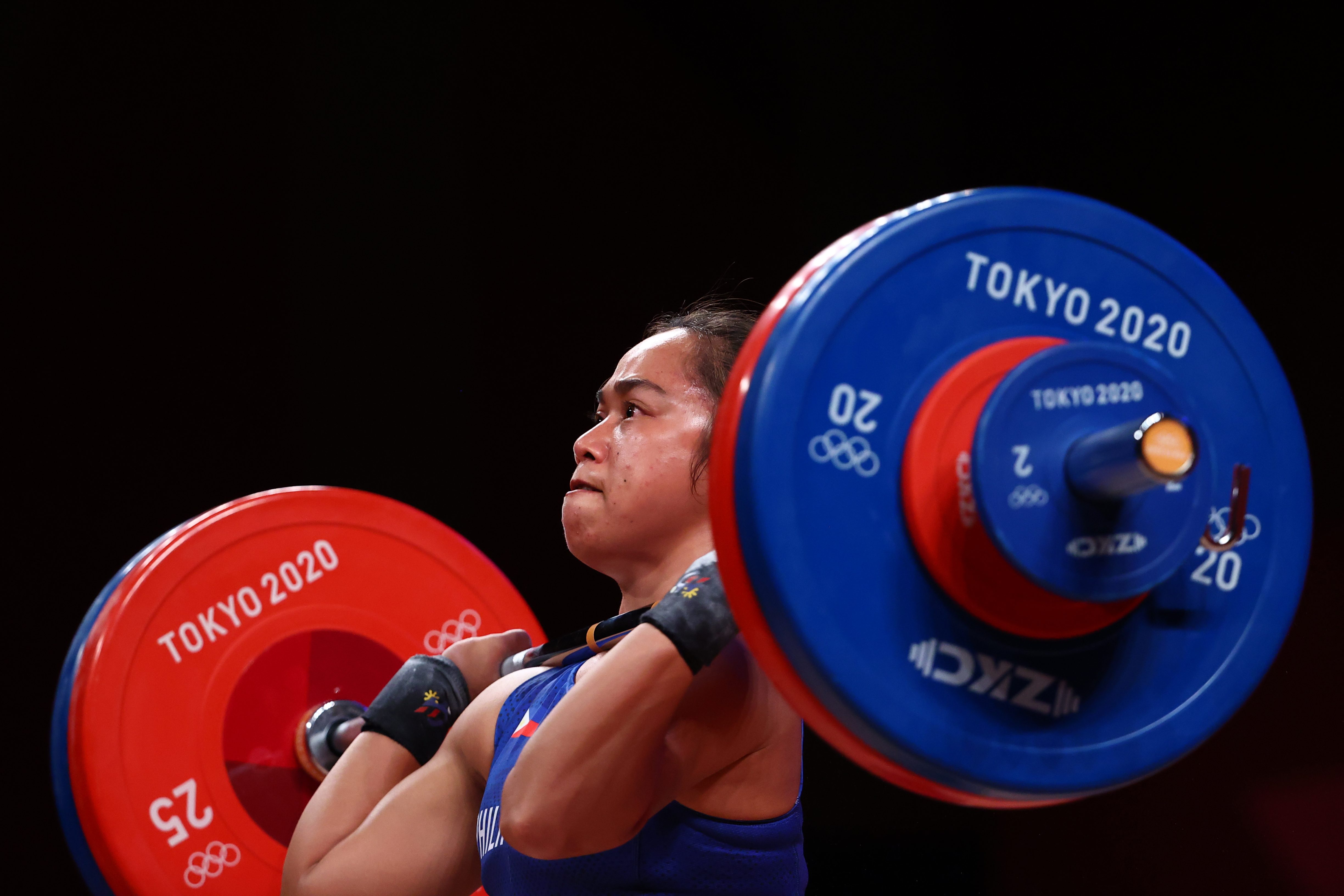 Facebook Twitter Copy URL
Copied
Hidilyn Diaz, the country's first and only Olympic gold medalist, says she wants to give back not just to the AFP but to weightlifting

MANILA, Philippines – Olympic champion Hidilyn Diaz-Naranjo fulfilled her promise of giving back as she donated weightlifting equipment to the Armed Forces of the Philippines (AFP) during a simple turnover ceremony on Friday, September 23, at Camp Aguinaldo in Quezon City.

Diaz-Naranjo won the country’s first Olympic gold medal in the Tokyo Games last year and promised to give back to the local weightlifting community in hopes of encouraging young athletes to take the sport.

“It’s my way of giving back, not only to the AFP, but to weightlifting,” said the Zamboangueña, who recently tied the knot with her coach Julius Naranjo.

(I promised that after I won in the Tokyo Olympics that I would donate weightlifting equipment to increase the awareness for my sport.)

With the help of some of her friends, the 31-year-old purchased the weightlifting equipment out of her own pocket, and since she is a Staff Sergeant of the Air Force, she coordinated with the AFP for the donation.

In particular, Diaz-Naranjo thanked Stronghold Athletics, Mazda Philippines, and Atoy’s Customs 4×4 Bodykits for their help in the purchase and transportation of the weightlifting equipment.

The AFP, the PNP, and the Coast Guard will have their annual Olympic Games on September 30 and Diaz said that she was told that weightlifting would be included in the next meet.

(Before, there was a weightlifting event. I believe 2005 was the last time it was included. It was removed, but they said they’re going to bring it back. We understand that because we were lacking in equipment, coaches, and athletes. That’s why we donated equipment.)

Diaz-Naranjo said she and husband Julius are open to the possibility of holding coaching clinics for members of the AFP to increase their knowledge of the sport and to be able to teach potential weightlifters for competitions locally and abroad. – Rappler.com