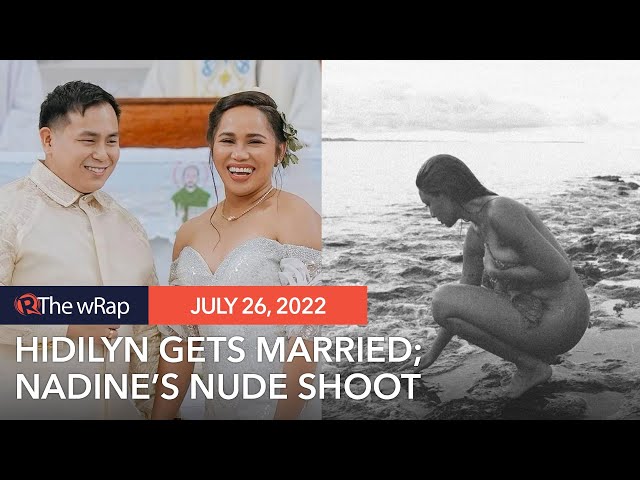 MANILA, Philippines – The sports world is once again celebrating with Olympic champion Hidilyn Diaz on Tuesday, July 26 – exactly one year after her historic gold medal win in Tokyo – as she married her fiancé and coach Julius Naranjo.

The sports icon and her former powerlifter beau gave a whole new meaning to the phrase “power couple” by officially tying the knot in a simple ceremony in Baguio City.

Diaz stunned in a white bridal gown while Naranjo stood as a stately complement with an off-white art deco barong – both designed by Francis Libiran.

Diaz and Naranjo got the celebration going early with a welcoming party alongside friends and family at Mount Costa in La Trinidad last Monday, July 25.

The 31-year-old Zamboangueña now intends to start a family following the 2024 Paris Olympics – likely the last major event of her illustrious career.

In the meantime, Diaz is making the most of her time left as an athlete by using her fame and platform to inspire the next generation of Filipino weightlifters.

She last competed in the 31st Southeast Asian (SEA) Games in Vietnam, where she cruised to an easy gold medal at the women’s 55-kilogram event. – Rappler.com