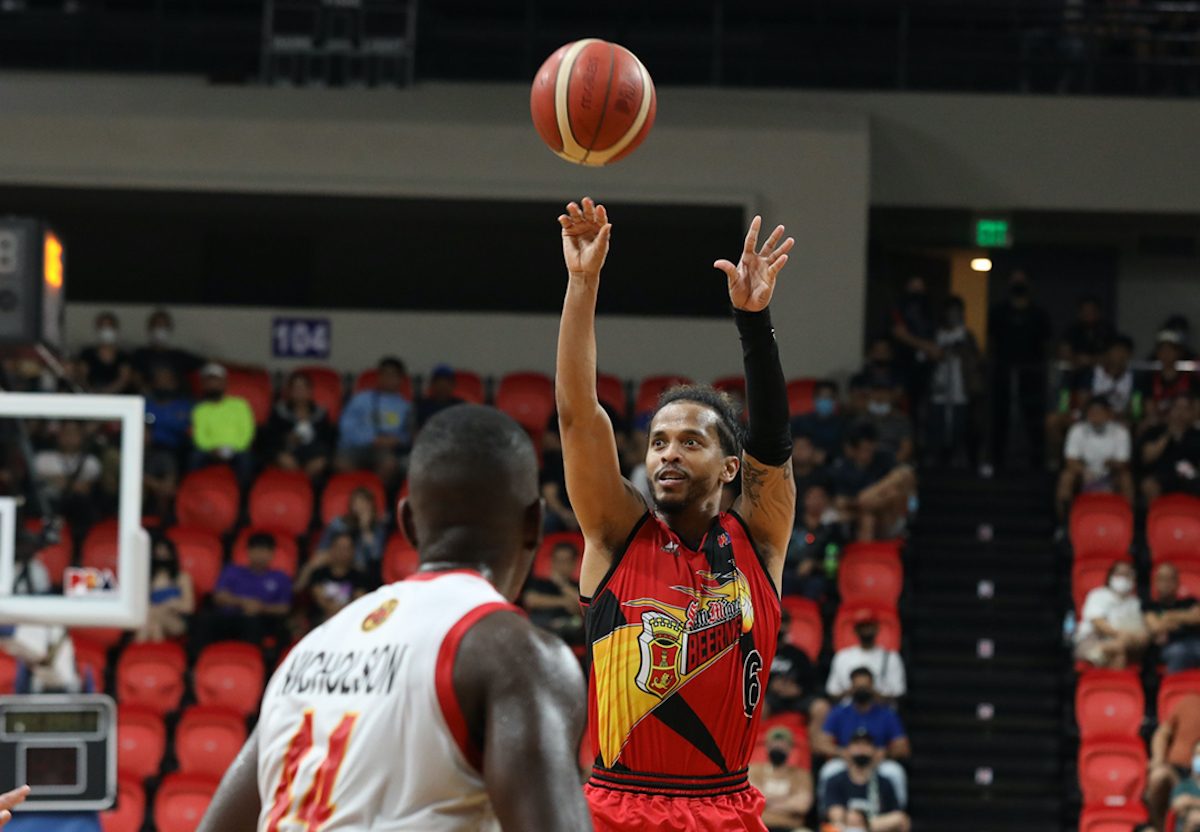 NOT YET OVER. Chris Ross believes San Miguel is a 'really good team.'

MANILA, Philippines – If there is one team which knows how to beat the odds, it is San Miguel.

Chris Ross has not lost hope even as the Beermen face elimination in the PBA Commissioner’s Cup after they went down 0-2 in their best-of-five semifinals series against Bay Area following a 114-95 loss on Friday, December 16.

“We’re putting our energy in the wrong places and we’re not focusing on the things that we need to do beat this team, because this is a really good team.”

San Miguel is no stranger to pulling off monumental comebacks as it holds the distinction as the first and only team in PBA history to overcome a 0-3 deficit and win a championship.

On the verge of getting swept by Alaska in the 2015-16 Philippine Cup finals, the Beermen came back from the dead and won four straight games to capture the crown, with Ross earning the Finals MVP honors.

“We’re a really good team also but we’re not focusing on the things that need to be done to win this ball game,” said Ross.

Although San Miguel has yet to beat the Dragons this conference, losing in all of their three encounters, Ross said their Game 1 defeat proved the Beermen are capable of winning against the foreign squad.

San Miguel led by as many as 16 points in Game 1 and held a three-point edge in the final minute before it fell apart in the dying seconds.

“If anything, that game should’ve given us confidence that we could really beat this team,” said Ross.

The Beermen will try to live another day when they meet Bay Area in Game 3 on Sunday, December 18, at the PhilSports Arena. – Rappler.com