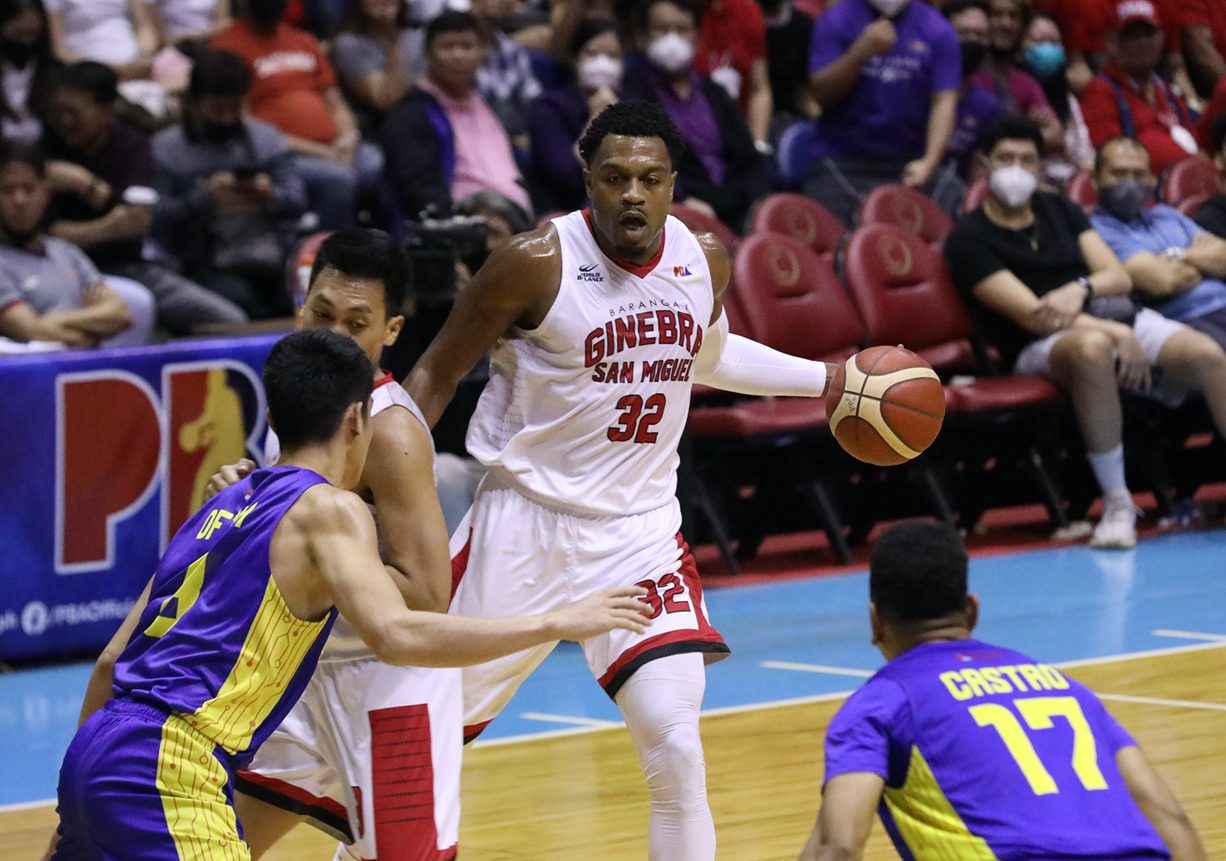 MANILA, Philippines – Barangay Ginebra punched its quarterfinal ticket in the PBA Commissioner’s Cup after seeing off a gallant challenge from all-Filipino TNT in an 89-85 win at the Araneta Coliseum on Sunday, November 20.

Justin Brownlee drained the marginal free throws and finished with 21 points, 9 rebounds, 8 assists, and 3 blocks as the Gin Kings survived a pesky Tropang Giga side that played without import Cameron Oliver.

Brownlee sank 4 of his last 6 free throws in the final 15 seconds to give Ginebra enough separation after TNT got within single possession off a Poy Erram bucket, 83-85, with a minute left.

Brian Heruela sliced the TNT deficit to 85-88, but Brownlee split his charities to seal the victory as Ginebra improved to 7-2 to secure its 42nd straight playoff appearance.

Standhardinger also hauled down 12 points and dished out 4 assists in the win that saw the Gin Kings get the job done after squandering a 17-point advantage in the first quarter.

Ginebra capitalized on the absence of Oliver as it grabbed an early 29-12 lead, but gradually lost the upper hand after a fiery performance from Williams, who totaled 20 points, 7 rebounds, and 5 assists.

Williams caught fire late in the third quarter, ending the period with 3 straight three-pointers as the Tropang Giga grabbed a 71-68 lead going into the final frame.

TNT, though, badly missed the presence of veteran guard Jayson Castro – who sprained his ankle late in the third period – as the team committed 5 of its whopping 20 turnovers in the fourth period.

Pogoy tallied 18 points and 7 rebounds, while Erram had 16 points, 8 rebounds, and 3 blocks for the Tropang Giga, who absorbed their second straight loss and dropped to 4-7.