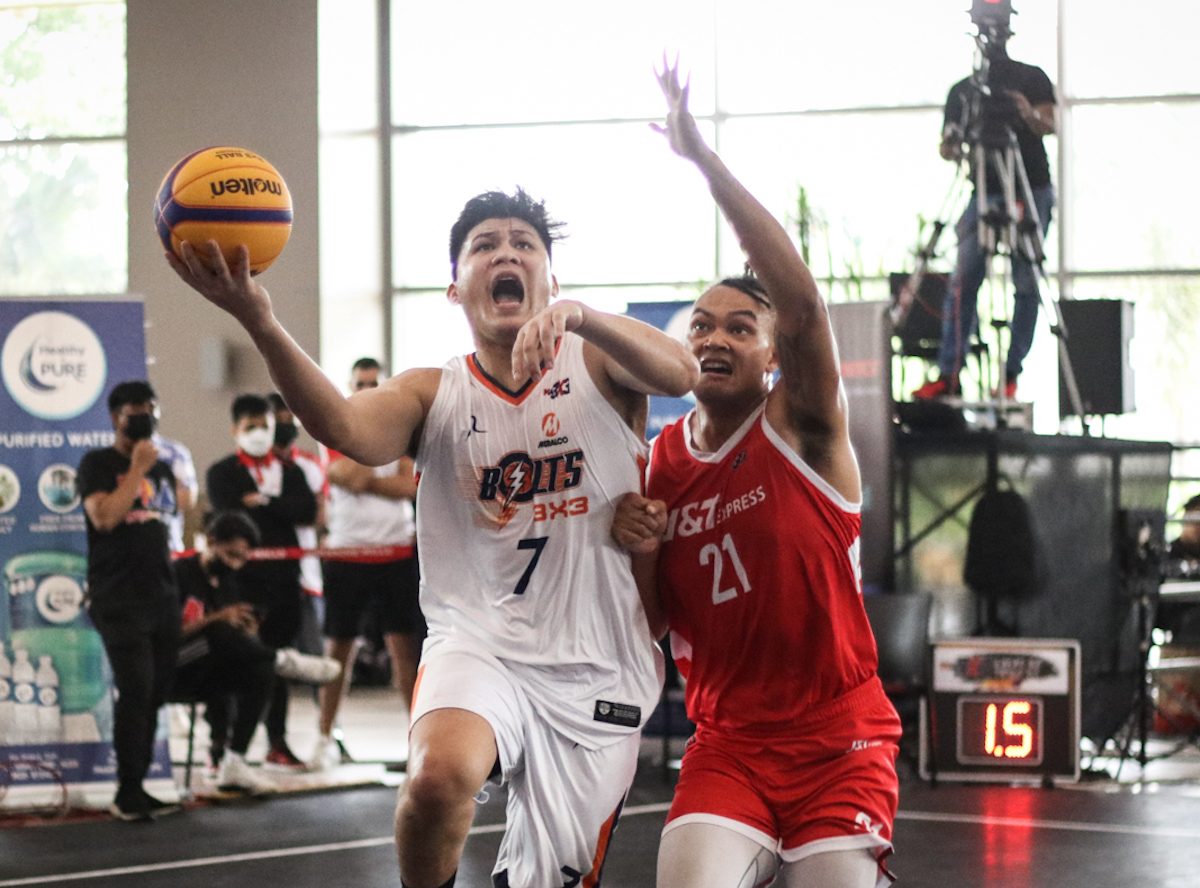 MISSION ACCOMPLISHED. Alfred Batino and Meralco finally get the job done after falling short of the Leg 1 crown.

MANILA, Philippines – Meralco captured its first title in the second PBA 3×3 season after beating J&T Express, 19-14, for the Leg 3 crown of the First Conference at the Robinsons Place Antipolo on Sunday, October 2.

Alfred Batino finished with 9 points, 6 rebounds, and 2 blocks as the Bolts completed their unbeaten campaign and denied the Express what would have been their maiden championship in PBA 3×3.

Rookie squad J&T still led 9-8 midway through the game before Leo de Vera drained a two-pointer that ignited a 7-1 spurt that gave Meralco a commanding 15-10 advantage.

De Vera sank another deuce during that run before Batino capped it off with three straight points as the Express failed to narrow the gap in the final three minutes, with the Bolts answering their foes point for point.

Going 3-of-5 from beyond the arc, De Vera chalked up 6 points on top of 1 block and 1 steal, while Reymar Caduyac added 3 points and 4 assists.

Mainstay Tonino Gonzaga chimed in 1 point, 7 rebound, and 3 assists for Meralco, which finally got the job done this time after falling short of the Leg 1 title.

The Bolts clinched the top prize of P100,000 as they swept all of their five games, toppling Barangay Ginebra in the quarterfinals and TNT – the team that broke their hearts in the opening leg – in the semifinals.

The Express reached the championship round for the first time after stunning previous leg champion Cavitex, 18-17, in the semifinals.

In the battle for third, the Braves bagged P30,000 following a 21-13 victory over the Tropang Giga behind Jorey Napoles.

Napoles put up 6 points, 8 rebounds, and 2 assists in the win. – Rappler.com