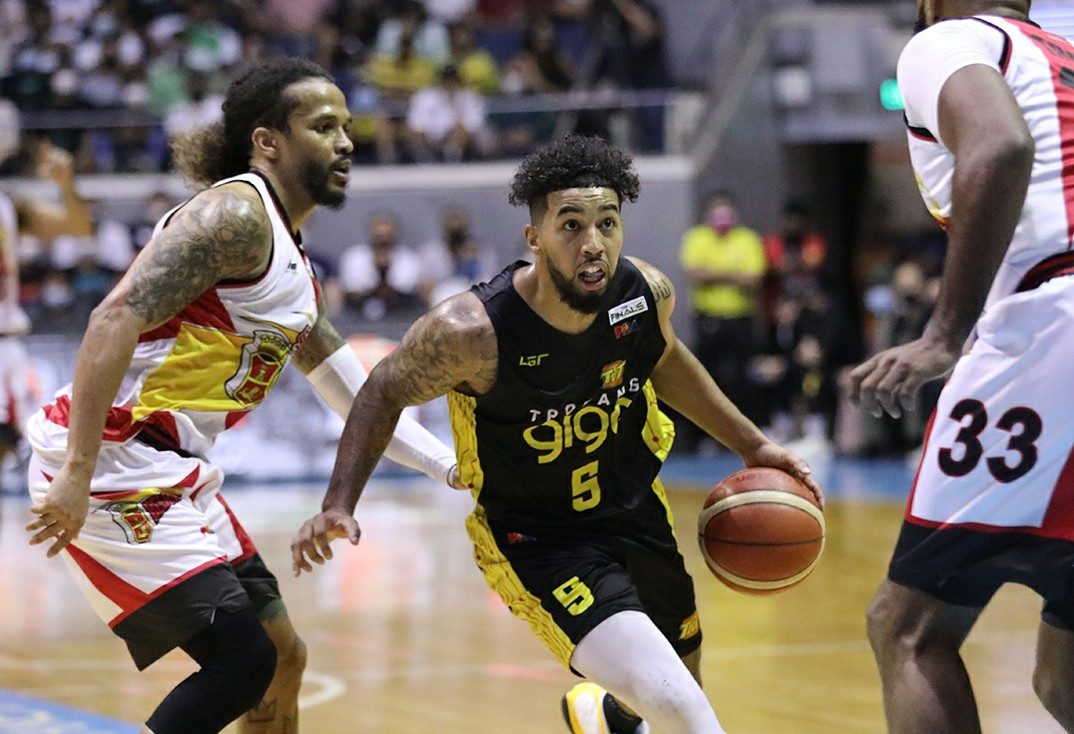 WELCOME BACK. Mikey Williams returns for a TNT side in need of firepower for its playoff push.

MANILA, Philippines – Chot Reyes can only hope that TNT fixes its locker room problems as the Tropang Giga welcome back controversial guard Mikey Williams from his suspension.

Williams missed two straight games in the PBA Commissioner’s Cup after getting suspended by team management for a week without pay for missing practice without prior notice.

“I think the most important thing is the relationship among the players. The fabric of the team has to remain strong,” said Reyes on Saturday, November 5, as TNT snapped its two-game skid with a 121-90 blowout of Terrafirma.

Tropang Giga team manager Jojo Lastimosa bared last October 30 that Williams repeatedly skipped practice without a valid reason and even missed their training camp in Batangas before the conference began.

Moreover, Lastimosa said the Filipino-American star failed to apologize to the team and at times refused to talk to anyone during practice.

Williams, though, seemed to try to make peace by joining his teammates in a players-only lunch earlier this week.

“As far as I’m concerned, Mikey comes back to practice, he works hard, he puts in everything we ask him… there is no need to apologize to me,” said Reyes.

“The more important thing is for him to apologize to his teammates, ’cause actually those are the people who were put down by his absences.”

Williams is expected to come back to practice on Sunday and his return comes at a perfect time as TNT gears up for a challenging four-game stretch to end the elimination round.

Toting a 4-4 record, the Tropang Giga will face Meralco, Barangay Ginebra, Bay Area, and San Miguel, seeking to get as many wins as possible to enhance their playoff bid.

“We just have to rebuild the fabric of the team,” Reyes said. – Rappler.com