Cone eager to teach Ginebra lessons from Heat, but errs on side of caution 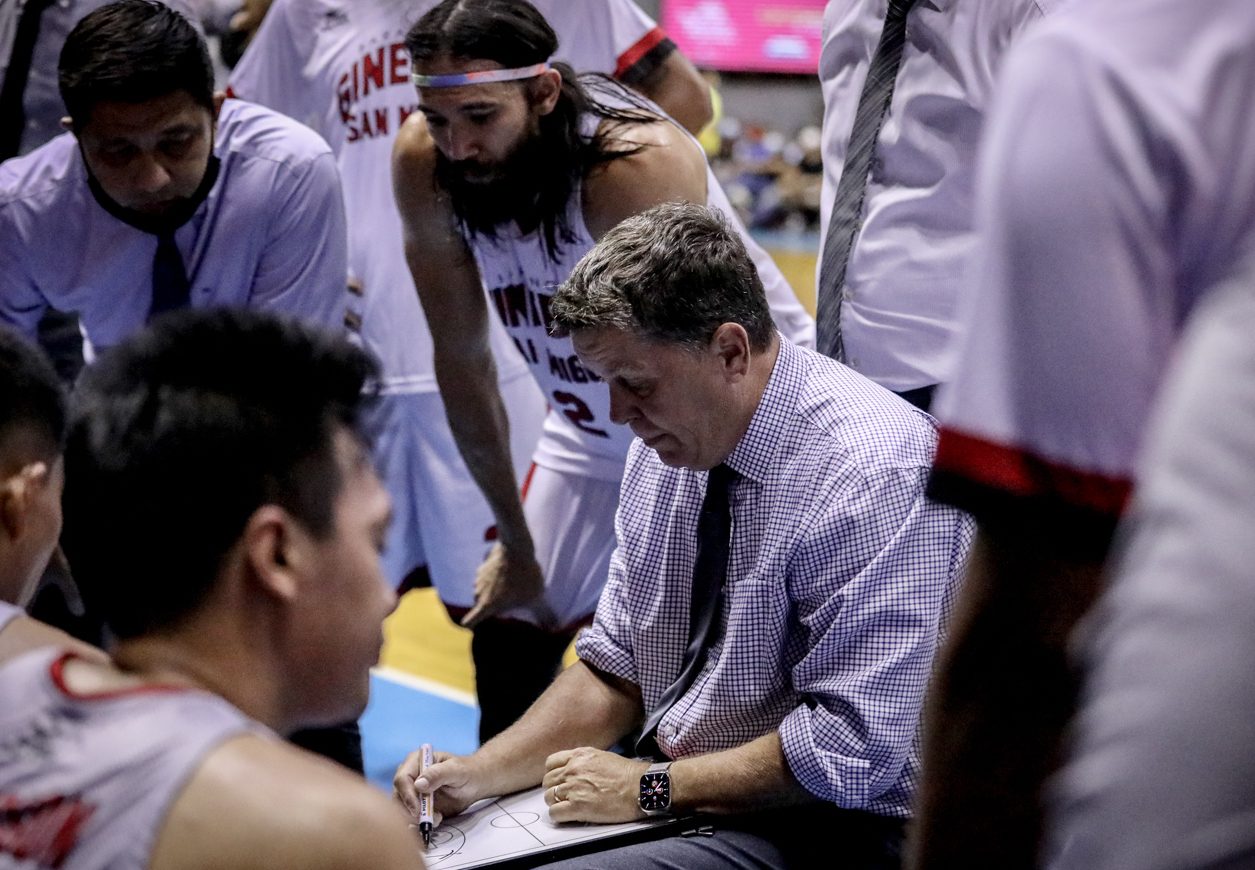 PLAYOFF-BOUND. Tim Cone and Barangay Ginebra gear up for the quarterfinals.

MANILA, Philippines – Like a kid with a new toy, Tim Cone is eager to teach Barangay Ginebra the valuable lessons he learned following a brief coaching stint in the NBA Summer League.

The winningest PBA mentor recently returned to the country after joining the Miami Heat coaching staff for the annual NBA offseason competition.

But Cone errs on the side of caution, wary that his newly acquired knowledge would cause more harm than good as the Gin Kings gear up for the quarterfinals.

“How much do I bring to the team that is new? How fast do I bring it in? If I bring it right away, will just disrupt us before we go into the playoffs? Do I wait until afterwards?” Cone said.

“These are things I’m wrestling with right now because I have been exposed to some new things and I certainly like to try some of them out.”

Despite his dilemma, Cone undoubtedly enjoyed his experience with the Heat, whose head coach is his longtime friend, Filipino-American tactician Erik Spoelstra.

“It was an incredible experience, being around a staff like that,” said Cone after steering Ginebra to a 100-93 win over NorthPort on Sunday, July 17, in his first game back in the PBA.

“Just watching their progress and how they process, get a team ready, incorporate their defense, their offense, and watching the progression of the games, it was just really fascinating for me to see it and be a part of it.”

While Cone is used to calling the shots in the PBA, he admitted he made a conscious effort to be a fly in the wall.

“I wanted to observe everything I could possibly do but I also did not want to be intrusive and get in the way so it was also a delicate balance trying to do that,” Cone said. – Rappler.com