Cone pays tribute to retiring Devance: ‘I feel naked coaching without him’ 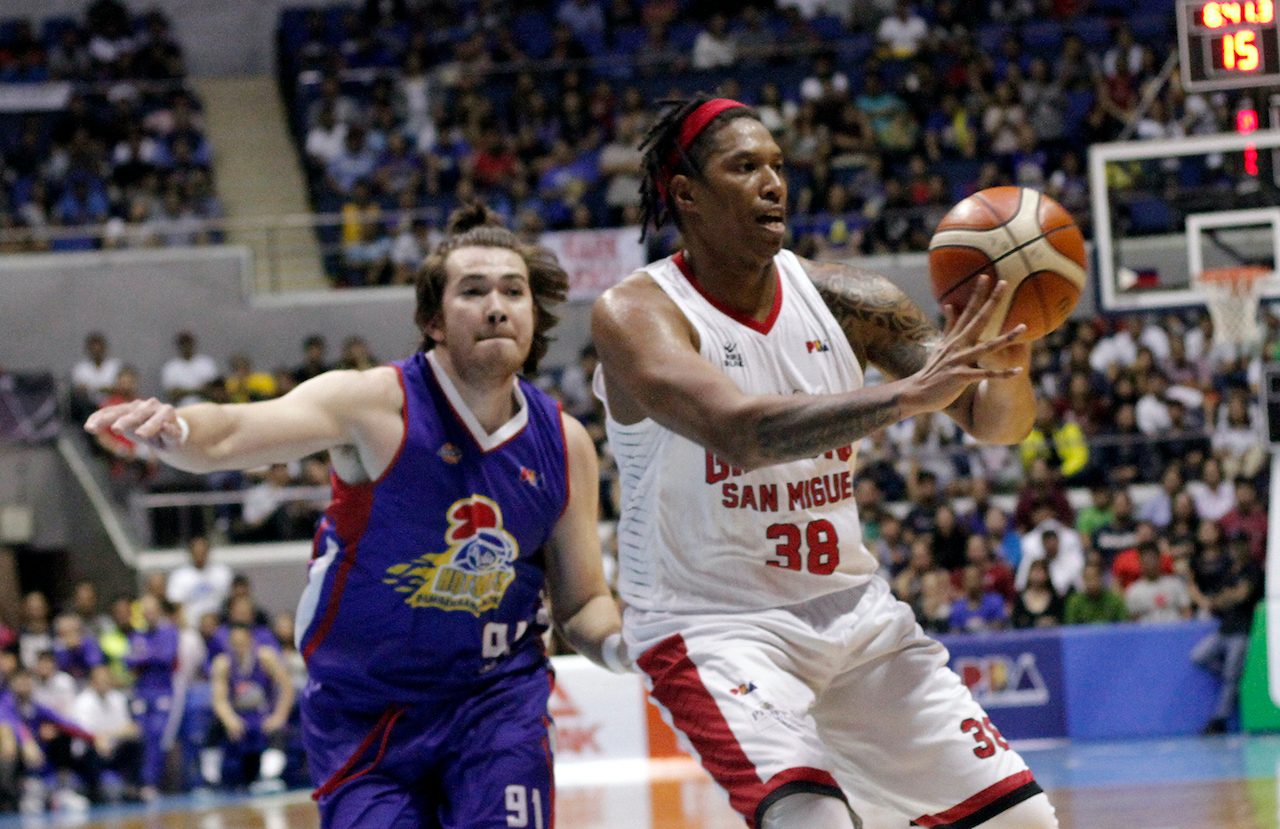 MOVING ON. Joe Devance retires from the PBA after 15 years.

MANILA, Philippines – A fruitful player-coach partnership between Joe Devance and Tim Cone has come to an end.

The Barangay Ginebra mentor paid tribute to Devance as his trusted veteran announced on Wednesday, June 1, that he is retiring from the PBA after 15 years.

“I hoped Joe would be 32 years old forever and play for me forever. I feel naked coaching without him,” Cone said through an online exchange.

“Joe had the unique understanding of how powerful relationships are in basketball, and through his relationships, he was able to mold and motivate his teammates and make them better.”

After finishing his rookie season with Welcoat, Devance started playing for Cone in 2008 as he got traded to Alaska, which they led to a championship in the 2010 Fiesta Conference.

The two had been inseparable since.

When Cone left Alaska for B-Meg, Devance followed suit and they helped the Purefoods franchise capture five PBA crowns in four years, including a rare Grand Slam with San Mig Coffee in the 2013-2014 season.

The same thing happened when Cone got appointed as Gin Kings head coach the following year, with Devance reuniting with him through a four-team trade.

With Devance in tow, Cone guided Ginebra to its first title in eight years in the 2016 Governors’ Cup and the two went on to clinch a total of six championships with the Gin Kings.

To put into perspective how successful their tandem was, Cone won half of his PBA record 24 titles with Devance by his side.

“He was a great teacher and team builder, not to mention he was an incredibly skilled big man who could play any position, including point guard,” said Cone.

“But mostly, he was my friend and a great father to his children and a compassionate teammate.”

Cone said Devance will be missed as Ginebra turns its focus on reclaiming its Philippine Cup throne when the PBA opens its 47th season on Sunday, June 5.

“Truly, truly one of the great ones, and one of the most loved players of all-time. Anybody who played with him will miss him.” – Rappler.com