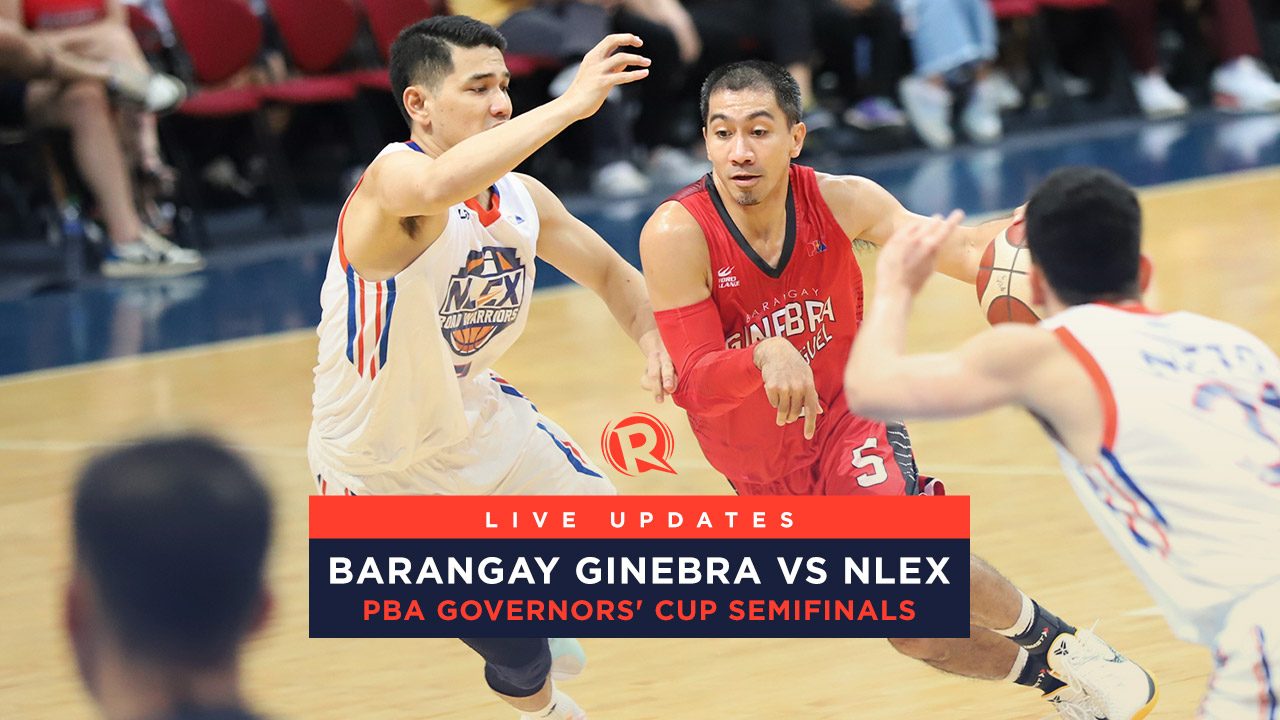 Facebook Twitter Copy URL
Copied
A win away from a return trip to the PBA finals, reigning Governors' Cup champion Barangay Ginebra falls short in its sweep bid against NLEX in Game 3

NLEX lived another day, escaping Ginebra by the slimmest of margins, 86-85, in Game 3 of the semifinals to spoil the Gin Kings’ sweep bid in the PBA Governors’ Cup on Sunday, March 27 at the Mall of Asia Arena.

Barangay Ginebra goes for the killing blow as it looks to sweep NLEX in their best-of-five semifinals in the PBA Governors’ Cup at the Mall of Asia Arena on Sunday, March 27.

The winners of three of the last four Governors’ Cup championships, the Gin Kings seized a 2-0 series lead and moved on the cusp of a return trip to the finals after pulling off a 104-94 win on Friday.

Down by as many as 11 points, Ginebra banked on the trio of Justin Brownlee, Scottie Thompson, and John Pinto to turn its fortunes around as it remained unbeaten in the playoffs.

Brownlee finished with 32 points, 9 rebounds, 6 assists, 4 steals, and 2 blocks to power the Gin Kings, while Pinto scored all of his 10 points in their second-quarter turnaround.

Meanwhile, Thompson finished with another double-double of 17 points and 12 rebounds as Ginebra opened the floodgates in the third quarter.

It has been the same story for the defending champions in this semifinal series.

The Road Warriors built a 16-point lead in Game 1, but the Gin Kings dug deep and mounted a comeback on their way to a 96-86 victory.

For NLEX to avoid a sweep, it needs import Cameron Clark to produce monster numbers and its locals to provide sufficient contribution.

Clark delivered 30 points, 13 rebounds, and 3 steals in Game 1, but did not get enough help from the rest of the team as Kevin Alas wound up as the only other Road Warriors player in twin digits.

In the second game, five NLEX locals breached double figures in scoring, although Clark got limited to only 15 points and fouled out midway through the fourth quarter.