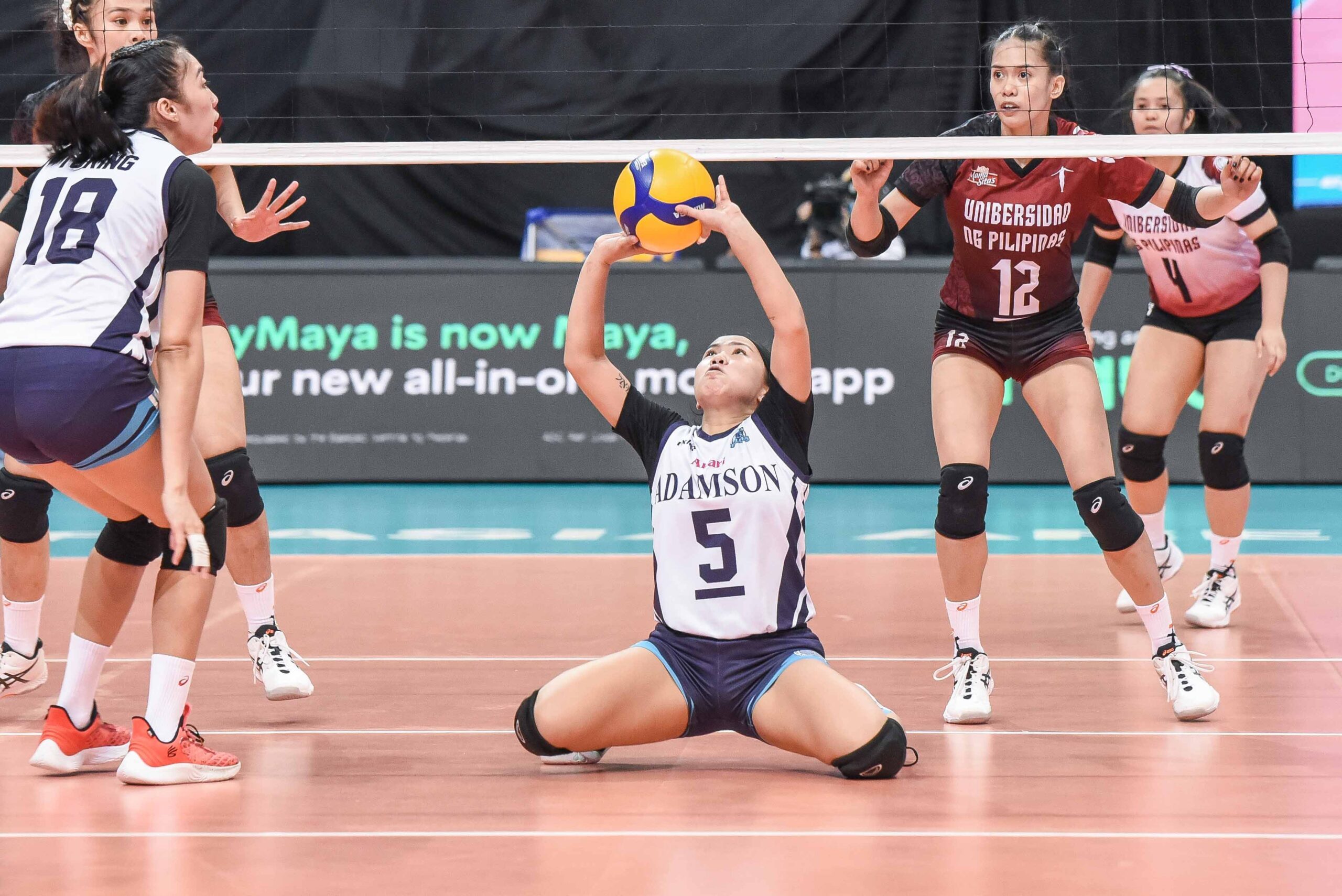 Facebook Twitter Copy URL
Copied
After losing two straight to start the season, the Adamson Lady Falcons soar to their second win in a row after walloping once-unbeaten UP

MANILA, Philippines – The Adamson Lady Falcons continued their resurgence in the UAAP women’s volleyball tournament with a huge four-set rout over the UP Fighting Maroons, 25-19, 19-25, 25-17, 25-11, at the Mall of Asia Arena on Thursday, May 12.

After dominating the latter two frames, the Falcons cruised to a 2-2 record, while the erstwhile unbeaten Maroons slipped to 3-1 – leaving the NU Lady Bulldogs with the last clean slate at 4-0.

Trisha Genesis and Lorene Toring led the win once again with 15 and 14 points, respectively, while rookie Kate Santiago starred in an 11-point breakout off the bench.

Louie Romero also had a field day with her playmaking as she finished with 23 excellent sets.

UP looked headed for a competitive match after rebounding from a first-set loss, 25-19.

However, Adamson simply rehashed its offensive script from the first frame – where they started 8-1 – ran off with a 14-5 third-set breakaway en route to a 24-13 gap, and ended a short UP rally for a 25-17 finish.

With their floor defense almost non-existent at this point, the demotivated Maroons collapsed further in the fourth and final frame as the Falcons shot up to a 15-5 start before mercifully pulling the plug with a 25-11 ending.

“We have a lot more to fix with the team. It’s like you’re making coffee. You need to know if it’s bland or sweet before you find the right mix,” she said in Filipino.

Alyssa Bertolano stood as the lone double-digit scorer in the loss with 15 points off 14 attacks and an ace, while Irah Jaboneta was held to just 6 points albeit with 12 excellent digs.

Adamson can now run up its streak to three straight wins against the listless FEU Lady Tamaraws on Saturday, May 14, at 10 am, while UP guns for a bounce-back at the expense of defending champion Ateneo Blue Eagles in a 6 pm Battle of Katipunan. – Rappler.com