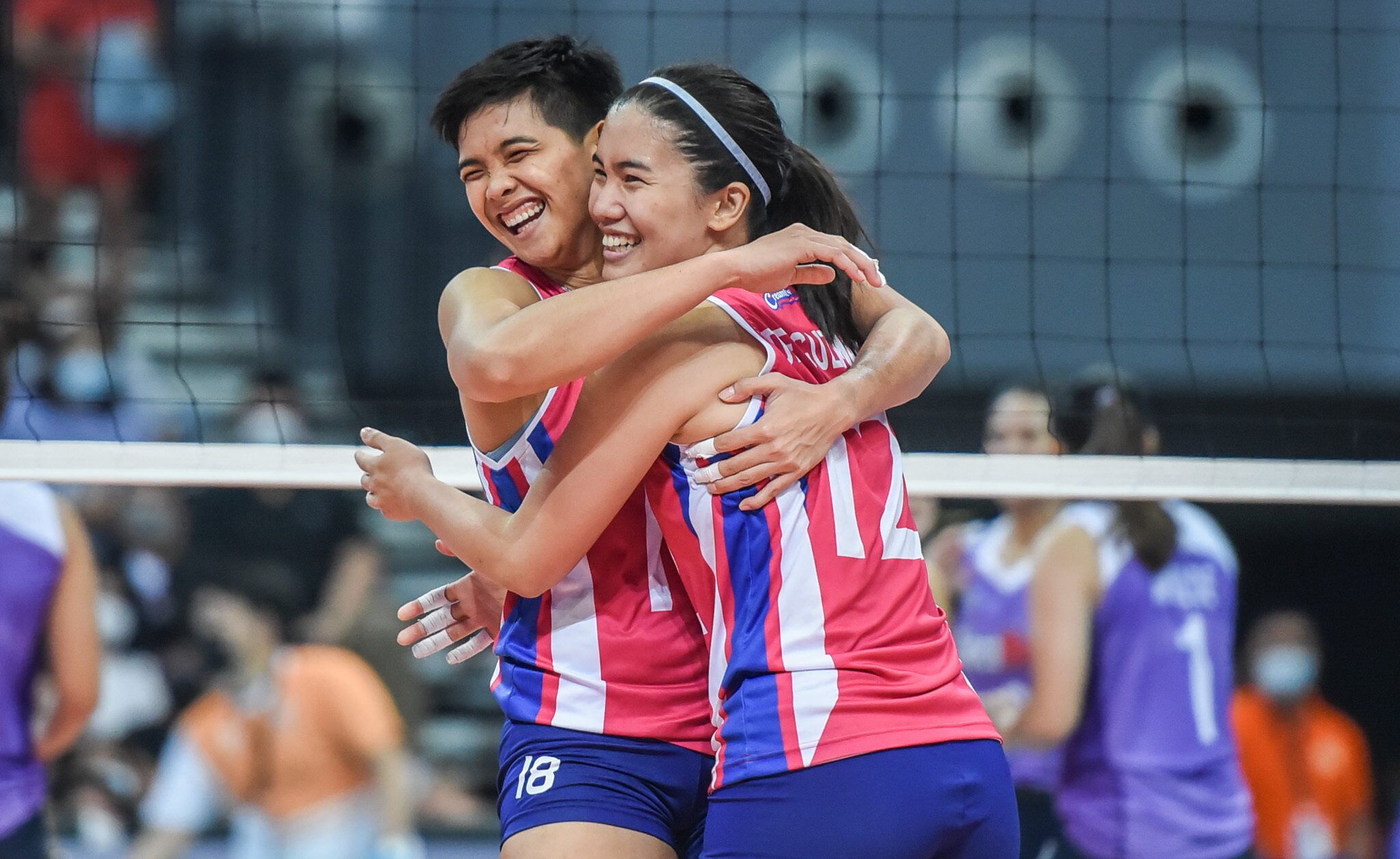 TEAM EFFORT. The Philippines hopes to put up a fight behind Tots Carlos and Jia de Guzman.

Facebook Twitter Copy URL
Copied
Even minus Alyssa Valdez, the Philippine team aims for a solid run in the Asian Volleyball Confederation Cup

MANILA, Philippines – The Philippine women’s volleyball team may have lost one of its top spikers, but familiarity may still spell the difference in its campaign.

The national squad – composed of the Creamline core that just ruled the Premier Volleyball League (PVL) – believes its tried and tested chemistry will carry it through in the Asian Volleyball Confederation (AVC) Cup for Women.

“We are one team, one professional team. I think we are already jelled and know each other,” said veteran opposite spiker Michele Gumabao.

“That’s one of our greatest advantage in the tournament.”

The Philippines must do without team star Alyssa Valdez, who was sidelined due to dengue, when it starts it campaign against Vietnam in Pool A action at 7 pm on Sunday, August 21, at PhilSports Arena in Pasig City.

Valdez was replaced by outside spiker Rizza Mandapat. The team also added rookie Lorie Bernardo after middle blocker Risa Sato had to beg off due to health reasons.

“We have setbacks because of health issues, but we are very positive,” said Gumabao. After taking Monday off, the Philippines will play five-time champion China on Tuesday, Iran on Wednesday before wrapping up its pool play against South Korea on Thursday.

The national women’s team looks to become one of the top four teams in Pool A to advance to the quarterfinals.

“We have the opportunity to play in an international setting. It will be a challenge for us,” said Gumabao. “We are also young in terms of international play. We are here to learn.”

Other countries seeing action are Australia, Thailand, Japan, and Chinese Taipei in Pool B.

The Philippines finished ninth in the last edition in Nakhon Ratchasima, Thailand in 2018. The tournament got cancelled in 2020 due to the COVID-19 pandemic.

Starting in 2023, the AVC Cup for Women will be held every year to serve as a qualification tournament for the FIVB Volleyball Women’s Challenger Cup.

The Challenger Cup, meanwhile, will serve as a qualifier for the Volleyball Nations League.

“This championship is very important from now on and in the future,” said AVC control committee president Dr. Eom Han Joo. – Rappler.com