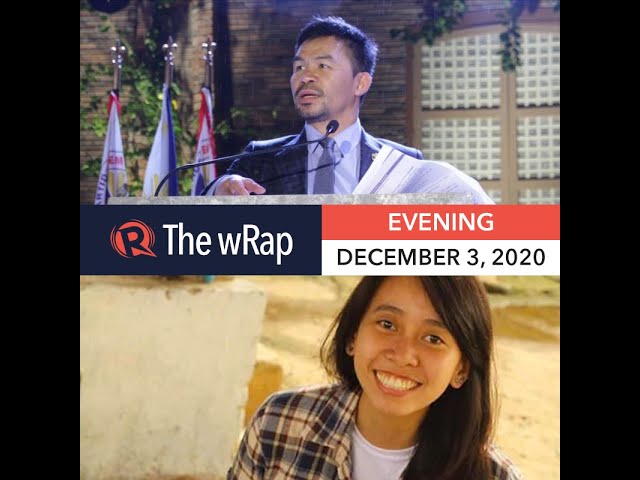 Rumored to be gunning for the presidency in the 2022 elections, Senator Manny Pacquiao is now president of PDP-Laban, the political party of President Rodrigo Duterte.

All 17 Metro Manila mayors vote against the proposal to allow minors inside shopping malls.

Activist group Anakpawis says Amanda Lacaba Echanis, a peasant organizer, was arrested with her 1-month-old son. She is charged for illegal possession of firearms and explosives, the usual charge against activists.

For the second time and on the basis of a complaint by the same businessman, Rappler CEO Maria Ressa is charged with cyber libel over a tweet. Prosecutors claim Ressa’s tweeting of a Philstar.com story published in 2002 was malicious.

Donald Trump may run again as president of the United States in 2024. This pronouncement comes nearly a month after the elections, still refusing to acknowledge he lost against Democrat Joe Biden. – Rappler.com