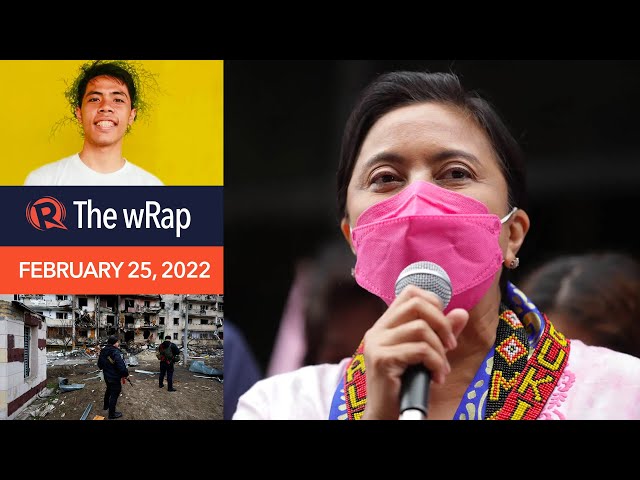 More than 150 law deans and professors nationwide endorse Vice President Leni Robredo for president in the 2022 elections. Meanwhile, they reject the presidential bid of Bongbong Marcos, calling him arrogant ‘without any proven measure of real competence.’

The Catholic Bishops’ Conference of the Philippines rejects ‘radical distortions’ about the Marcos dictatorship as the Philippines commemorates the 36th People Power revolt anniversary Friday, February 25.

Lumad teacher Chad Booc and four others were killed in an alleged series of encounters with soldiers in Davao de Oro province Thursday, February 24. The CPP, however, calls the military’s claim ‘an outright lie.’

K-pop superstars BTS is named the 2021 IFPI Global Recording Artist of the Year Thursday, February 24, making the group the first act to win the award for two consecutive years. – Rappler.com