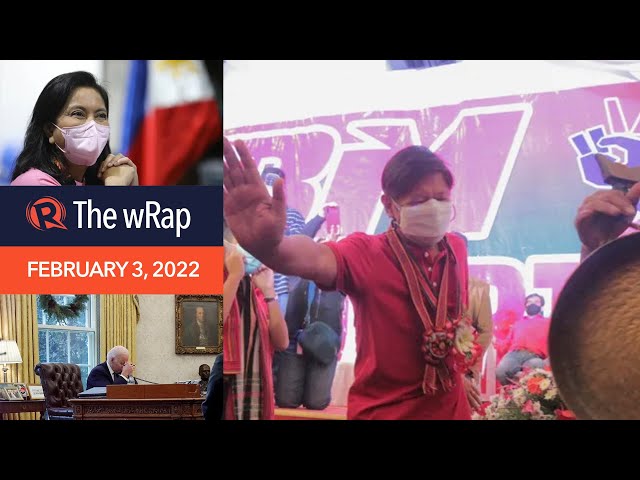 Vice President Leni Robredo says she will not reconcile with her rival Bongbong Marcos if the latter will not recognize the abuses committed by his family during Martial Law.

The United States is set to send nearly 3,000 extra troops to Poland and Romania as response to the massing of Russian troops near Ukraine.

A new Game of Thrones studio tour takes fans behind the scenes of the hit television series. Located at Linen Mill Studios in Banbridge, Northern Ireland, the attraction opens up the world of Westeros to the public with an array of costumes, props, and sets on display. – Rappler.com