No justice for abuses, no unification: Robredo rejects reconciling with Marcos 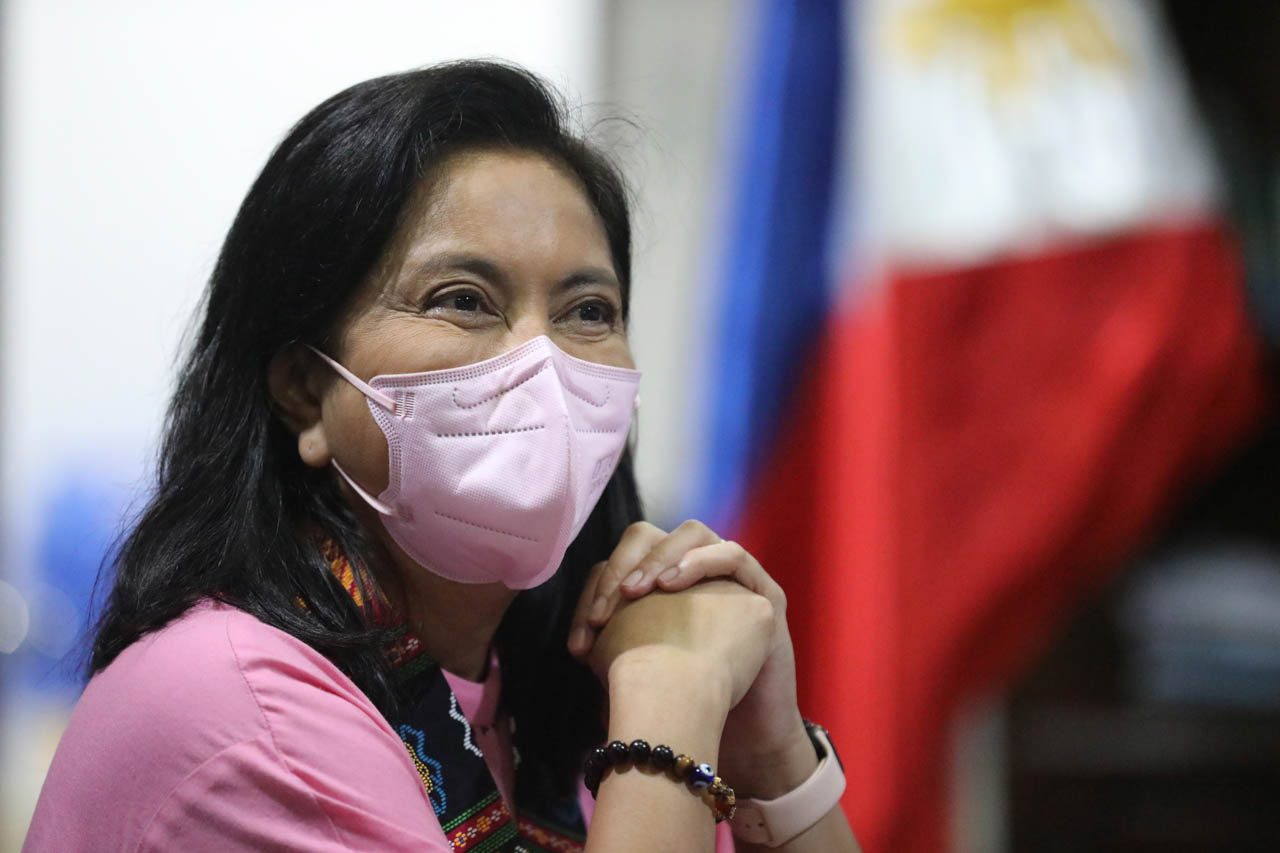 Vice President Leni Robredo on Monday, January 24, visited the provincial capitol of Zamboanga Sibugay where she was welcomed by Zamboanga Sibugay Governor Wilter Yap Palma, and Vice Governor Rey Andre Olegario. VP Leni also led the turnover of the 8,000 pieces of post-vaccination kits to the local government unit. These kits were donated by Angat Buhay, the flagship poverty alleviation program of the office Office of the Vice President (Photo by OVP) 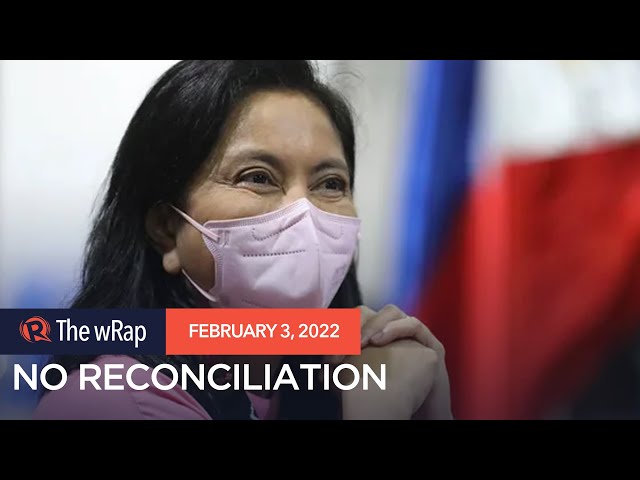 MANILA, Philippines – It would be far-fetched for Vice President Leni Robredo to ever reconcile with her rival Ferdinand “Bongbong” Marcos Jr., if the son of the late dictator would not even recognize the abuses committed by his family during Martial Law.

Robredo did not hold back on Wednesday, February 2, when asked by an all-male panel formed by DZRH and the Manila Times if there is ever a chance she would reconcile or even unify with Marcos if she wins the presidency after the May elections.

The duly-elected Vice President of the Philippines – who defeated Marcos Jr. in the 2016 race – said how can she even consider forgiving Marcos when his family has so far refused to acknowledge the rampant killings, torture, corruption, and media oppression that happened during the regime of patriarch Ferdinand Marcos.

The Marcos family has instead used its vaunted money and machinery to sanitize their image and revise history about the Martial Law atrocities.

(All kinds of talks – unification included – are based on justice. We know that there are still a lot of things he has not owned up to, that it would be difficult for us to reconcile.)

(First, they have not acknowledged anything. Secondly, he hasn’t paid his debts. I am a forgiving person, but this isn’t just about me; our country is at stake here.)

Besides, Robredo said, her principles are simply not aligned with that of Marcos, who is now running for president despite being convicted of a tax offense over two decades ago. This is now the subject of the controversial and high-profile disqualification cases he is facing before the Comelec.

Robredo said to reconcile with Marcos now would mean going against her own beliefs and the kind of transparent and honest politics she wants to stand for if she wins the presidency.

(What kind of message would we tell the people if we just accept all those things for the sake of unification? That we’re okay with all the abuses done in the past? That corruption is okay? That it’s okay for you to be convicted of a crime that you are not owning up to? And that your conviction now is to offer yourself as president?)

(For me, it’s clear here that the most important consideration are the people. It would be hard to say we’re fighting corruption when we’re not showing it in our actions.)

The rivalry between Robredo and Marcos runs deep. When she was a college student, Robredo joined protests against the 21-year dictatorship of Marcos’ father, a political awakening for the younger Robredo.

Fast forward to 2016, Robredo defeated Marcos by a thin margin in the vice presidential contest, prompting the latter to file an electoral protest against her.

The Supreme Court unanimously junked Marcos’ case five years later. But the damage has been done, as Marcos trolls and propagandists saturated social media platforms with attacks and lies against Robredo.

Initially a reluctant presidential aspirant, Robredo had said one of her motivations for running in 2022 was to stop a Marcos Jr. presidency. Robredo has repeatedly said this isn’t just about her rivalry with Bongbong, but to resist the return of the dirty politics represented by the Marcos clan.

Robredo has improved her voter preference rating in the December 2021 Pulse Asia survey, rising to 20% from her 6% to 8% rating in mid-2021. But she is in far second place, as frontrunner Marcos has outpaced all other presidential bets with 53%.

Still, Robredo’s bid for Malacañang has gotten a boost after recently gaining the endorsements of former Cabinet secretaries and public servants under the administrations of the former president Fidel Ramos and the late president Benigno Aquino III.

Over 70 women local government officials also placed their bets on Robredo, whom they described to be the “incorruptible leader we need.” – Rappler.com