Palace: Duterte wants to be vaccinated in buttocks | Evening wRap 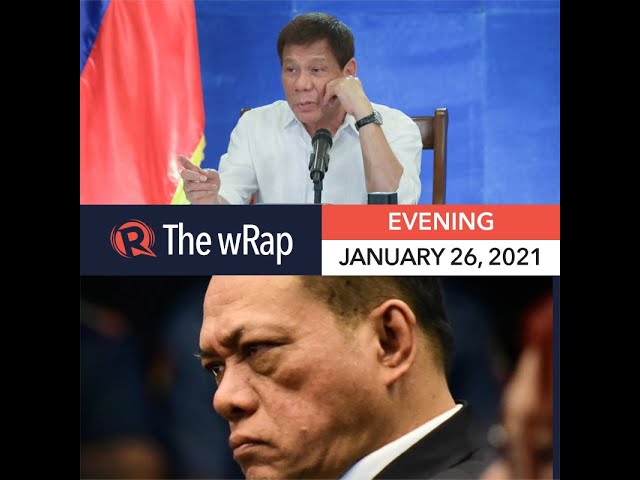 Malacañang claims President Rodrigo Duterte insists on being vaccinated privately for an interesting reason: Duterte wishes to be injected with the COVID-19 vaccine in his buttocks, and not in his arm.

The chief of PhilHealth claims the state health insurer already liquidated 92% of the P15 billion ‘stolen funds’ that its former executives were accused of pocketing.

The United States House of Representatives on Monday, January 25, delivers to the Senate an impeachment article for former president Donald Trump.

A post circulating online claims Skyway Stage 3 was a plan of former president Ferdinand Marcos. This is FALSE. – Rappler.com