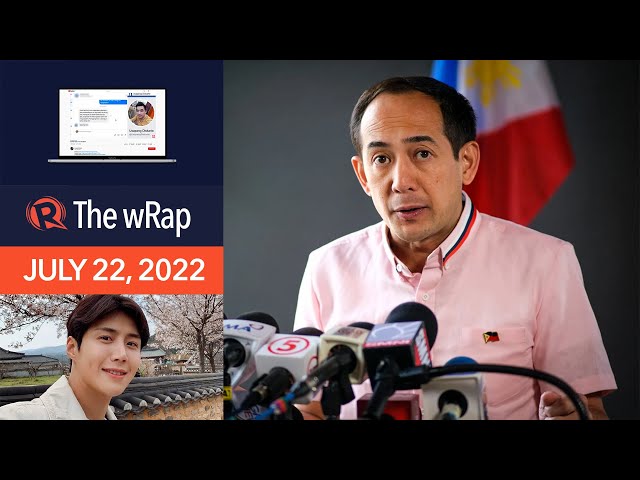 Malacañang denies reports that President Ferdinand Marcos Jr.’s Executive Secretary Vic Rodriguez has resigned. Rodriguez, who is a long-time Marcos aide, is also quick to shut down the rumors.

The agriculture department is looking to make an “urgent” purchase of fertilizer from another government – a move intended to give farmers access to cheaper fertilizer than what is currently available.

Joe Biden, the oldest person ever to serve as president of the United States, tests positive for COVID-19.

Kim Seon-ho gets emotional as he apologizes to his fans yet again for his involvement in an abortion controversy in 2021. – Rappler.com