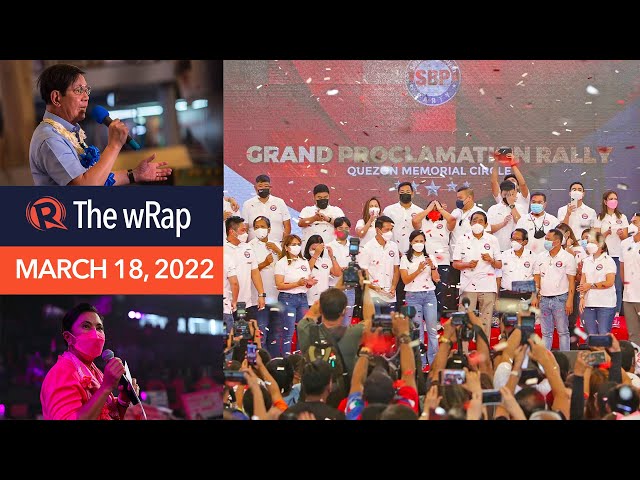 The local campaign season for the 2022 elections kicks off Friday, March 25, 45 days before the high-stakes May 9 vote.

Senator Panfilo Lacson says the reason why he was dropped by Partido Reporma is due to campaign funding, not just his survey numbers.

Vice President Leni Robredo says, if she becomes president, she will push for a version of the security of tenure bill that is ‘acceptable’ to both employees and employers.

Beginning April 1, the Philippines will allow the entry of fully vaccinated foreigners through its borders even without an exemption document.

Donald Trump sues 2016 US presidential election rival, Hillary Clinton, and several other Democrats, alleging they tried to rig that election by tying his campaign to Russia. – Rappler.com