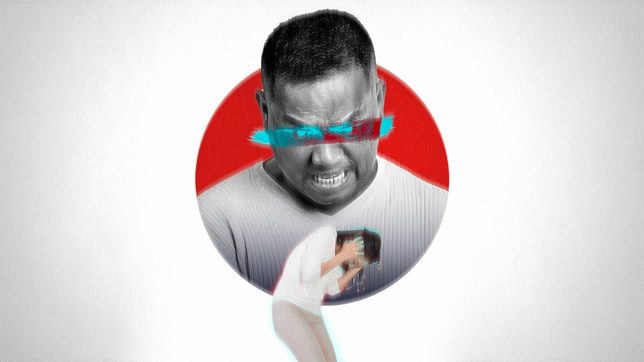 Facebook Twitter Copy URL
Copied
'Many relationships result in marriage, but for many the home becomes a prison, and the marriage leads to abuse and servitude'

On March 31, an international dinner launched the Generation Equality Forum, a venture by UN Women’s groups. $40 billion was promised to kickstart a five-year journey to accelerate ambitious action and implementation on global gender equality.

Mr. Uto Takashi, State Minister for Foreign Affairs of Japan, announced that the government of Japan had decided to participate in the Action Coalition of the forum to combat gender-based violence, promote gender equality, and build a society that reflects the voices of women in all areas and fields.

Fine words. But gender-based violence occurs on an almost daily basis under his nose. The Filipino community in Japan is especially subject to abuse. This is partly because the Philippines is vulnerable to poverty, and there is an agreement between Japan and the Philippines that allows easier access to Japan after World War 2. Many Filipino women are brought over with stars in their eyes and the offer of a job dancing and entertaining in the many clubs. The reality soon sets in. They are indentured, unable to pay their way out.

One woman reported: “I had little confidence and I knew that I didn’t have talent, but I had a nice figure. One day my boss asked me if I want to go with him to Japan. It sounded exciting, so I accepted the offer. I thought I was going to Japan as an entertainer, as a dancer in a troupe. I had no idea that I would have to sit with the customers. I was quickly told that I had to, and they would request the girls they liked to sit with. I was devastated. I felt myself without dignity, without worth. I didn’t know why I needed to sit with the customers but my boss told me that’s the main point of the job and to get on with it.”

Filipina women are known for their kindness and generosity, making them attractive to the Japanese men who come to the clubs and bars. Relationships are easy to form, and to Japanese men the warmth and docility are alluring. To the women the men offer the chance to make a home for themselves in Japan. Many relationships result in marriage, but for many the home becomes a prison, and the marriage leads to abuse and servitude.

“She worked hard to support them, but her husband took her money and her mother in-law controlled everything. Household needs such as cleaning and kitchen supplies were rationed. She wasn’t even allowed to use hot water when she took a shower. Even her three-year-old daughter was subject to the same strictures.”

This example of exploitation and abuse is common. The consequences can go much deeper. In another example, a woman developed a serious trauma that almost destroyed her daughter.

She started a relationship with a Japanese man, and they had a daughter, but he treated them with contempt. She learned that while she was at work her boyfriend would bring a Japanese girlfriend to the house. He ended up leaving her, and she couldn’t understand what had happened. For her, she had done her best to give him all that he asked for. The trauma was almost too much. She continued to work at the pub just to be able to deal with life, and to support her daughter. It was her way to move on, to get out and go on with life. But every time she saw her daughter she was reminded of what her husband did to her. The daughter suffered badly because of the hate of her mother to her father. She couldn’t bear how her mother treated her. In the end she ran away went to a friend’s house. The parents of her friend surrendered the daughter to the police as she was minor. At last, she was able to receive psychiatric help under the care of the DSWD.

Another woman told us that after over 20 years of abuse she would drive to the ocean in the evening after work rather than go home and face being humiliated by her husband. She’d sit there and all her thoughts were on how to kill herself.

Over 1,000 women and girls were captured and imprisoned in “rape camps” in the Philippines by the Japanese military during World War II. This attitude is prevalent among Japanese men today. They go to the Philippines for sex and they come home with the same mindset towards the women they meet in the clubs and snack bars.

Japan is so proud of dispensing money to the Philippines for “humanitarian aid.” But it’s sort of a “feel-good” mission, since Philippine women in Japan are treated as second-rate citizens or worse.

Another major initiative by the UN and the European Union, Spotlight, aimed to eliminate all forms of violence against women and girls. It stated that 1 in 5 women has experienced physical and/or sexual violence by an intimate partner within the last 12 months. But in the lengthy International Labor Organization’s 2020 report for Spotlight, the section on the Entertainment and Sex Industry is one of the least detailed, and the shortest. It showed that the industry largely remained outside of labor protections, and is criminalized and highly stigmatized. And while support for increased realization of the industry was relatively high in Japan, at 52%, support for decriminalization was low, at 30%.

The examples here show how Filipino women, still mostly brought over to Japan to work in the entertainment industry, find that their attempts to form a normal relationship end in violence and abuse. We are looking for stories related to this to create a book that will bring awareness and pressure the government to make a better life for all. If you have suffered or know someone who has, please get in touch. – Rappler.com

Charles Davey is an editor and book producer based in New York and Japan. While his books are mostly on style and architecture, he is involved in many aspects of social and environmental activism.