China should pay and go 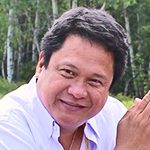 Facebook Twitter Copy URL
Copied
As China and the Philippines engage in bilateral talks, Manila should revisit the South China Sea arbitral award and not sleep on its rights

As a matter of inviolable principle, the Philippines should incorporate in its terms of reference for bilateral talks with China the July 12, 2016, award by the Ad Hoc Arbitral Tribunal constituted under Annex VII of the 1982 UN Convention on the Law of the Sea (Unclos).

The bilateral talks weave inextricably with the framing and eventual adoption of the draft Code of Conduct on the South China Sea between ASEAN and China. The Philippines needs to assert the arbitral award in its negotiations with China as a non-negotiable item, lest the principle of estoppel militate against Philippine interests in South China Sea.

The Philippines has yet to officially and boldly demand China’s immediate and unconditional compliance with its legal obligations arising from the award issued by the tribunal in The Hague. It’s the height of irony that the one without lawful rights over its 9-dash line claim over the South China Sea barks the loudest in militarily asserting China’s “core national interests.”

In contrast, the Philippines, which legitimately possesses sovereign rights and jurisdiction, and secured the final and legally binding arbitral award, is unduly timid and even solicitous of China. It has avoided muttering even anything that remotely hints at its own inviolable sovereign rights and jurisdiction over the West Philippine Sea. Yet China has been to trying to control and bar Philippines from areas in the Spratly Islands, even though those are situated within the Philippines’ 200-nautical mile exclusive economic zone (EEZ).

Sleeping over its rights might prove inimical over time to the Philippines’ sovereign rights and jurisdiction over its 200-nm EEZ and continental shelf. It’s akin to laches, a doctrine recognized in civil actions. Worse, in the face of China’s continuing brazenness, it constitutes a betrayal of the Constitution and the Filipino people. 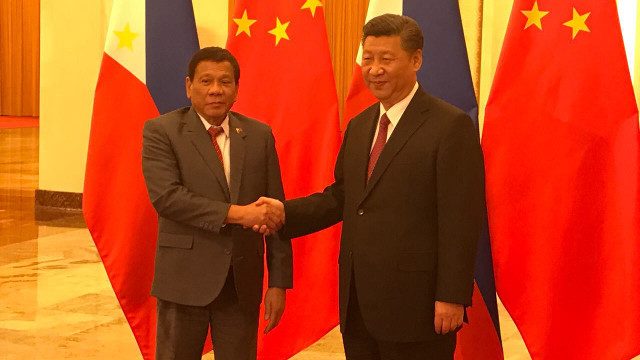 In his article “South China Sea: Who Occupies What in the Spratlys?” Alexander L. Vuving identifies the following as the features occupied by China in Spratly Islands:

Portions of the Philippine EEZ completely and effectively controlled by China include:

As the one in charge of the country’s foreign policy, the Chief Executive needs to immediately and explicitly direct the Department of Foreign Affairs to take the lead in strategizing and ensuring that all diplomatic and legal enforcement measures are threshed out, outlined, and developed into coherent and strategic foreign policy positions. This is to fully and peacefully implement and enforce the arbitral award to safeguard the national patrimony in the immediate, medium-, and long-term in all fronts.

Those policies should be formally formulated and critiqued with the help of various stakeholders, particularly governmental organs, military commands, scientists, experts, citizens, and civil society organizations. The government needs to convene such a multi-sectoral group tasked to carry out this mandate.

The overarching foreign policy framework should embody the following key rulings by the arbitral tribunal:

In formulating its policy positions and strategies, particularly with respect to the 4 Chinese-held reefs in Spratly Islands forming part of Philippine EEZ, the government needs to follow through and assert Article 56(1) of Unclos (Rights, jurisdiction and duties of the coastal State in the exclusive economic zone), which provides:

In the exclusive economic zone, the coastal State has:

(a)  sovereign rights for the purpose of exploring and exploiting, conserving and managing the natural resources, whether living or non-living, of the waters superjacent to the seabed and of the seabed and its subsoil, and with regard to other activities for the economic exploitation and exploration of the zone, such as the production of energy from the water, currents and winds;

(b)  jurisdiction as provided for in the relevant provisions of this Convention with regard to:

(i)  the establishment and use of artificial islands, installations and structures;

(iii)  the protection and preservation of the marine environment;

(c)  other rights and duties provided for in this Convention.

Unequivocally, those policy positions need to be adopted, articulated, and transmitted through diplomatic channels to China by proper offices of the government to further preserve and protect Philippine rights in perpetuity. The President is bound by the 1987 Constitution to fulfill this compelling duty relative to the In the Matter of the South China Sea Arbitration case.

The Philippines needs an expert assessment of the deleterious and harmful impact, both direct and indirect, of China’s continuing denial of access by the Philippines to at least 4 reefs the former is occupying. China has usurped and continues to usurp those economic benefits emanating from the Philippines’ own marine resources, including those found in the sea, seabed, and subsoil.

The Philippine government needs to officially demand that China vacate these islands and pay economic compensation for for these lost economic benefits.

Not only that. As the arbitral tribunal ruled, China violated the Philippines’ sovereign rights and jurisdiction over its own EEZ.

Both the direct and indirect impact of the Chinese encroachment, which prevented the Philippines’ enjoyment of its sovereign rights over its 200-nm EEZ, need to be factored in assessing the compensation.

The Philippines should set conditions upon China over the duration and terms of its complete and effective control and use of the Philippine EEZ, particularly in the Mischief Reef area. Such condition-setting is legally justifiable in accordance with Unclos, which both China and the Philippines ratified, and further affirmed in the arbitral award.

Demanding that China leave and pay economic compensation over its unauthorized and illegal appropriation and use of the Philippines’ reefs and their surrounding areas will be an important first step in standing up to China and demanding its respect and fulfillment of its binding obligations under Unclos and the arbitral award. – Rappler.com

A Doctor of Juridical Science (SJD) student, Perfecto Boyet Caparas serves as the Associate Director of Graduate Programs of Indiana University Robert H. McKinney School of Law (stated only for purposes of showing affiliation).  He is a lifetime member of the Integrated Bar of the Philippines.  All views expressed here exclusively belong to him.