Facebook Twitter Copy URL
Copied
'[T]here are threats that the Cebu raid will be replicated in Diliman and in Davao. It would be foolish for the NTF-ELCAC to proceed with this plan.'

In a few weeks, the Lumad bakwit school hosted by the University of the Philippines (UP) will hold its graduation and moving up ceremony. It has been a year of challenges, but also of affirmation of the Lumad’s right to education. Among the lessons learned by the students, their teachers, and those of us in the Save Our Schools (SOS) network are: courage, perseverance, and collective strength.

This is the third batch of this alternative makeshift school since its beginnings in 2017. Its establishment was in response to President Duterte’s pronouncement during his State of the Nation Address that year to bomb Lumad schools. Since then, bakwit schools, with the help of advocates and the academe, have been launched in Davao, Cebu, and Metro Manila.

But red-tagging and attacks have continued disrupting the education of Lumad students. 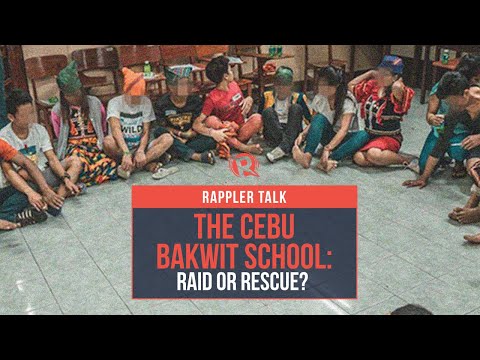 While schools went online or adapted blended learning due to the pandemic, we saw the forced closures of Lumad schools in Southern Mindanao – the Community Technical College of Southeastern Mindanao (CTCSM) in Maco, and the MISFI Academy – with local government and the National Task Force to End Local Communist Armed Conflict (NTF-ELCAC) repeating the same red-tagging schemes.

More than 178 Lumad schools in Mindanao are now shut down, disenfranchising nearly 10,000 Lumad students. 200 Lumad students in Davao City, hosted by UCCP Haran, had to withdraw their enrollment from nearby DepEd schools in December 2020 as they did not have access to the gadgets and learning materials necessary for them to continue schooling.

The Cebu bakwit school, meanwhile, was disrupted by a raid last February 15. Police and government agencies claimed it was a “rescue operation” when in fact the students were already making the transition back to their communities. Although the teachers and students arrested were released after three months, there being no case against them as resolved by the Department of Justice, 18 of the students are now being held in Talaingod and Koronadal, despite the claims of the government that they are already home.

The UCCP Haran, an ally and advocate of the Lumad, also had their bank accounts frozen by the Anti-Money Laundering Group based on the mere allegation that it is funding “terrorist communist groups.” It is the same predicament faced by another advocate, the Rural Missionaries of the Philippines.

More recently, we saw the massacre in Lianga, Surigao del Sur last June 15. Among the victims, were siblings Angel Rivas, age 12, and Lenny, age 20, who were once students of the Tribal Filipino Program of Surigao del Sur.

We have witnessed how these events have taken a toll on the well-being of students and teachers, who see how the attacks on their schools and the Lumad have been relentless.

The story behind the Cebu Bakwit schools The Lumad’s right to education

What is being done to the Lumad schools is, at its core, an attack on the right to education of indigenous people. As we have written before, Lumad schools uphold the idea that the right to education is both a right in itself and an “enabling” right – that is, access to education enables a person to gain the skills, capacity, and confidence to secure other rights. The right to education is fundamental for human, social, and economic development and a key element to achieving lasting peace and sustainable development. It is a powerful tool in developing the full potential of everyone and ensuring human dignity, and in promoting individual and collective well-being.

We have argued that the building of the Lumad schools is a social and historical necessity. Indigenous children in Mindanao have experienced difficulties in enrolling or entering “mainstream” public or private schools. For one, there are few such schools in the places where the Lumad live, so that the Lumad have had to travel long distances and incur additional travel and living expenses to keep their children in school. Moreover, many Lumad students have suffered from discrimination in mainstream schools – not only from their teachers or fellow students, but from a curriculum that does not reflect their unique cultural and historical contexts.

Up to now, we do not understand why the Department of Education allowed itself to be used by fascists in government to attack the Lumad schools.

[OPINION] In defense of the Lumad schools The real motivation behind the attacks

It is clear to us that the attacks on indigenous communities are because of resource-based conflicts. Given that Mindanao has still many frontiers that are abundant in mineral, forest, biodiversity, and agricultural resources, the indigenous communities have been firm in resisting the entry of large-scale mining and agri-business plantations that may encroach on their ancestral domain and destroy our ecology.

In this context, the closure of the schools is a result of the militarization of the territories of those communities whose land and resources are coveted by commercial interests. Inexplicably, the government and the security forces of the state are simply instruments of these interests.

Long-term, educating Lumad children is critical for the future of indigenous communities being able to defend their ancestral lands and domains from development aggression. Educated and conscientized, indigenous communities are able to resist intrusions or, if they so desire, position them to negotiate good terms for access to their land and resources.

The SOS Network has made efforts to protect Lumad schools, students, and teachers against the unbelievable wave of attacks. We will continue to do so.

On June 28, the UP Office of the Student Regent and the UP Diliman University Student Council (USC) held a press conference with the SOS Network to reiterate its commitment that UP remains an inviolable sanctuary for the Lumad bakwit school. UP has a rich history of unity with the Lumad for the right to education and self-determination, as stated by the previous chancellor Mike Tan and affirmed by the statements of the UP Student Regent Renee Louise Co, USC chairperson Jonas Abadilla, and other UP administrators and professors. We were particularly happy that UP College of Law Dean Carlo Vistan was there to offer his and UP Law’s legal and moral support for the bakwit school.

Today, we are on heightened alert and preparing for possible attacks against the Lumad bakwit schools. These attacks are acts of desperation and will be repelled. Lumad school students, teachers, and defenders are determined to finish the school year. Although all the minor students have been returned to their parents, and those left behind, all young adults in senior high school, will be returning home soon, there are threats that the Cebu raid will be replicated in Diliman and in Davao.

It would be foolish for the NTF-ELCAC to proceed with this plan. The PNP and the military will be condemned strongly if they cooperate with such a plan. They will only unite all sectors of our society against them. They will be held accountable legally and by Congress, where an inquiry into the Cebu raid is already being conducted.

We echo the statement of the SOS Network:

“As we saw in Cebu, we are on the right side of the law and of history. We call on our long-time supporters as well as all citizens to join us in resisting these planned attacks and to condemn them as violations of human rights.
As the Lumad children and teachers will be returning to their communities after the ceremonies, the campaign for their right to education will continue. We ask our supporters and citizens to stand with the Lumad students as they are being persecuted. Let us stand with our indigenous communities in Mindanao for a better future for them and their children.” – Rappler.com

Tony La Viña is a lawyer working with the Save Our Schools Network.