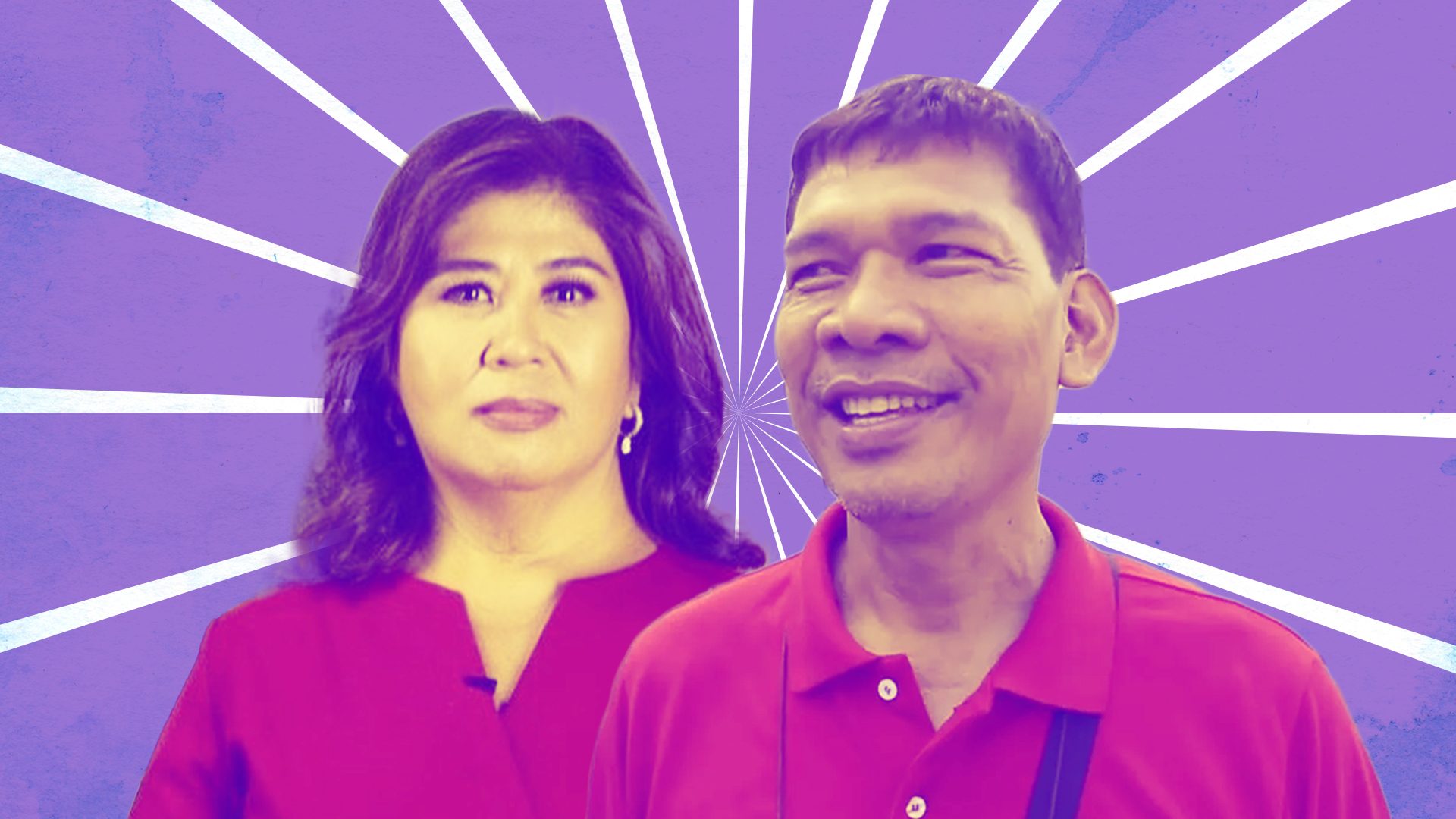 Facebook Twitter Copy URL
Copied
'Leni Robredo may be a genuine opposition to Bongbong Marcos and Duterte, but the fight today has gone beyond this'

What I learned from the GMA Jessica Soho Presidential Interviews is that if Ka Leody de Guzman had been invited, he could have projected an alternative radical and progressive platform in response to the urgent needs of our people, in contrast to the patchwork and inadequate electoral reform agenda put forward by the other four candidates – Ping Lacson, Leni Robredo, Manny Pacquiao, and Isko Moreno.

These four candidates’ grasp of issues is quite superficial. At the start, they were asked what the problem besetting the people was, and their proposed solution to it. Surprisingly, they all blamed the people for the predicament they are in today.

Ping Lacson, in colorful language, said that the problem was that “people have stopped dreaming,” and the solution was to help them dream. According to Leni Robredo, people do not learn from past mistakes, so they need “value formation and education.” Manny Pacquiao claimed that the people are stubborn and do not follow the law, so unity with the government is the solution. Isko Moreno said that the problem is dynastic politics, i.e., clans and families monopolizing power, and that people should not vote for them at all. Admittedly, Isko Moreno had the most sensible reply, but he still blamed the people for propping up dynasties. Instead of victim blaming, the four candidates should have pointed the finger at the traditional politicians and the elite, who are instrumental in bringing the country to the brink of perdition.

In an alternative broadcast simultaneous with the Soho interviews, Ka Leody argued, “Why blame the people? Aren’t poverty, unemployment, and low wages some of the main problems that people face today?” Ka Leody has his feet on the ground and knows people’s grievances. He is running for president to use this powerful post in solving the problems of the masses. During the interviews, all of the candidates referred to corruption as the country’s main problem. Yes, it is a major problem, but our analysis should not stop here. Since time immemorial, trapos have claimed that corruption is the main obstacle to growth. If corruption in government is as old as politics in this country, it is then a systemic problem, one that is rooted in the nature of Philippine politics itself.

Our politics has always been dominated by the elite. Their rule begets corruption. As long as they are in power, they can act with impunity, including stealing from the country’s treasury, securing government contracts and projects, favoring business cronies, and even running criminal activities. If anyone of their kind is convicted of corruption – like Erap Estrada and son Jinggoy, Bong Revilla, and Johnny Enrile – they serve token sentences, then make an easy comeback to trapo politics.

As long as the elite are in power, any measure against corruption cannot be reversed. There is a constitutional provision, for instance, requiring all public officials to file and disclose their SALNs to the public, bolstered by RA 6713 and President Duterte’s EO 2 on freedom of information. However, the recent Memo Circular 1 of the Ombudsman placed a number of restrictions on this. This then became the basis for Bongbong Marcos’ refusal to release his SALN to the public.

The constitutional prohibition against political dynasties suffers the same fate. It is still blocked by a Congress that refuses to pass any enabling law to implement the provision. If elite rule continues, corruption cannot be eradicated.

Therefore, elections should not be personality-oriented, wherein only the rich and famous are projected and promoted. Their take on issues is always focused on who will be the best among them to implement the neoliberal program of economic liberalization, privatization, deregulation, and regressive taxation. In the Soho interviews, even Leni Robredo, who is projected as an advocate of progressive politics, opposed divorce, agreed to 100% foreign ownership of selected industries, supported the continuation of the VFA treaty with the United States, batted for a joint Philippines-China exploration in the WPS, hesitated to support the ICC trial of President Rodrigo Duterte, and favored a two-party system that would only benefit elite parties in the country.

The four candidates also spoke of the country’s deteriorating economic situation, highlighted by PhilHealth’s projected bankruptcy in 2027. Their solution to the crisis in PhilHealth is to simply implement “sound financial management” and institute more safeguards against corruption. These types of old-hat measures will not work.

Surely, it’s time to think outside the box of traditional politics. There is a radical and progressive solution that can provide substantial resources to finance government economic recovery programs. The solution proposed by the tandem of Ka Leody and his vice president Walden Bello is the imposition of a wealth tax on the net worth of the richest 300-500 Filipinos. For Ka Leody, imposing a one-time 20% wealth tax on the 500 multi-billionaires in the country is expected to yield P1 trillion for the economic recovery fund this year, while a recurring 1% to 5% wealth tax on the richest families can be used for job generation, expansion of health care, and other social welfare benefits, or the “social wage.”

The platform carried by Ka Leody encompasses wealth tax and wealth redistribution, an end to contractualization (especially in the form of third-party “manpower agencies”), workers’ control in large industries, gender equality, no to mining, no to nuclear energy and fossil fuel power plants, a just transition towards 100% renewable energy, climate justice, and people’s participation at all levels of government. It’s not too late for the candidates to unite against the main threats to democracy today, as Leni hoped for in the interview. We need to find ways to do this. However, this does not mean pushing other candidates, especially Ka Leody, to drop out of the race and join Leni. Ka Leody espouses a radical and progressive platform that is an alternative to an illusory “reformed” type of neoliberalism. This is why we also need to include Ka Leody in major presidential interviews and debates. If Ka Leody is pushed out of the race, it will be a big blow to our advocacy for a radical platform that addresses the main problems faced by the masses.

Leni Robredo may be a “genuine opposition” to Bongbong Marcos and Duterte, but the fight today has gone beyond this. With the multiple crises of the pandemic, economic stagnation, and climate emergency, our very survival as a nation is at stake. Therefore, if the candidates do not address the crises, merely espouse inadequate reforms, or worse, promote neoliberal policies and cater to foreign interests, they have to be widely criticized by us, whichever side of the electoral divide we are on. All progressive and socialist forces should campaign boldly to raise the level of the political discourse in the country. Ka Leody’s candidacy has done exactly this.

If we cannot unite around a candidate, let us unite around a progressive and radical platform for the sake of the people and the country. This is the type of opposition unity that we need today. – Rappler.com

Sonny Melencio is a long-time activist in the Philippines and the chairperson of the Partido Lakas ng Masa (PLM), the electoral party running the candidacies of Ka Leody de Guzman as president and Walden Bello as vice-president, together with three senatorial candidates for the 2022 elections.