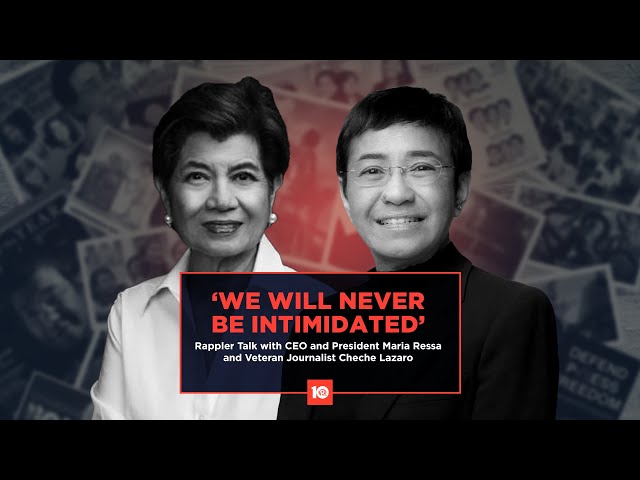 The celebration continues for Rappler’s 10th year anniversary. Since its founding, this is the first time that the four founders – fondly called the “Manangs” – will sit down to talk about Rappler’s journey and their personal experiences.

In this special episode of Rappler Talk, veteran journalist Cheche Lazaro sits down with Nobel laureate and Rappler CEO and president Maria Ressa. Friends for three decades, they look back on their Probe Productions days and talk about what has changed since then.

The two reminisce about their years in journalism, share anecdotes from reports over the years, and talk about how the rule of law has affected the media landscape in the Philippines.

Ressa also recounts a pivotal moment when Lazaro was dragged to court for a story. She quotes her mentor, “We will never, never, never be intimidated.”

Lazaro shoots back, “So have you ever, ever, ever been intimidated? These cases have been filed against you?” Ressa replies, “They’re trying to prevent us from holding power to account…. And so, at the beginning, when we were pushing back, you know, we didn’t even really have to talk about it.” – Rappler.com