Facebook Twitter Copy URL
Copied
10 lucky DonBelle fans gathered from far and wide to hang out with the love team, courtesy of closeup

Editor’s note: This content is sponsored by closeup Philippines and was produced by BrandRap, the sales and marketing arm of Rappler. No member of the news and editorial team participated in the production of this piece.

Ever wondered what it’s like to hang out with He’s Into Her stars Donny Pangilinan and Belle Mariano a.k.a. DonBelle up close and personal? Last October 26, closeup gathered 10 lucky fans to experience just that, as the brand brought in the freshest love team in the game for their first ever fan meet in the Philippines. 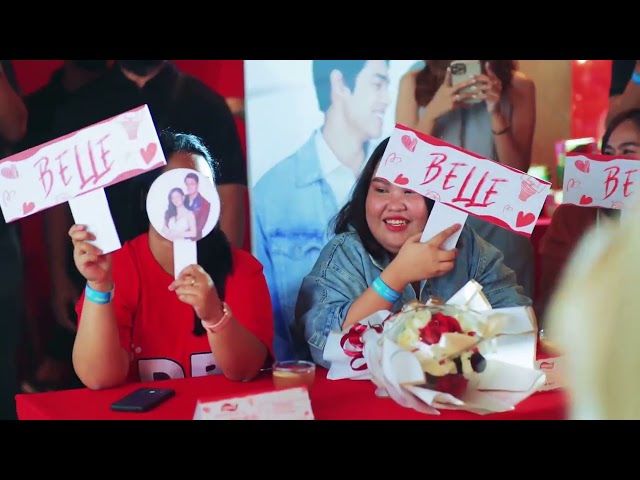 The night was filled with food, fun, and photos as the guests were treated to a hearty dinner at TABLO Kitchen x Cafe. Before the meal, DonBelle arrived, clad in closeup’s colors of white and red. After greeting the guests, the pair bonded with the group through a set of fun games that only true blue fans would win.

First, the fans played a Guess the Lyrics game of Belle’s song, “Closer.” The song’s music video features a story of how DonBelle’s He’s Into Her characters Deib and Max dealt with the challenges of finding time for each and getting closer to love. Of course, the fans aced the game – and even sang the song together with DonBelle.

The next two games allowed fans to show off their DonBelle social media knowledge, plus share a thrilling close up moment with Donny and Belle – or witness DonBelle’s movie-worthy cute interactions in the flesh.

In the Guess the Tweet game, the players had to guess which of the pair tweeted the unnamed kilig-inducing tweet flashed on a screen. One tweet, which read, “You make me happy in a way no one else can,” was revealed to be a 2017 tweet by Belle. When asked about the post, she coyly replied, “Gawin nating 2022,” while she was seated beside Donny. Suffice to say, the room swooned with kilig at Belle’s subtle hints.

The last was the internet-famous What’s In the Box game, where fans along with Donny and  Belle got to experience putting their hands blindly into a box together, with a mystery item. Throughout the game, Donny kept teasing the already-jumpy Belle, who was constantly nervous about putting her hand in the box. Of course, before each turn, Donny checked the item to see if it was truly frightening – and perhaps to make sure Belle’s hand was actually safe.

For the fans, it was also a fanfic dream-come-true, as they were able to brush hands with one half of the swoon-worthy loveteam, complete with a gaze from Donny that is the stuff of teleseryes. Overall, there were cheers, laughs, (an occasional shout of fear) and all around kilig that filled the room.

For some of the winners, getting closer to DonBelle meant traveling for hours on end – a journey they made gladly, in the name of fan love. One superfan, Marian Heart Balisin, traveled for almost a whole day from Isabela just to join the event.

“Makita ko lang sila, sobrang solved na yung biyahe ko na 16 hours (As long as I get to see them, my journey of 16 hours would have been worth it),” said Heart, who had been a fan since the first season of He’s Into Her. When asked what draws her to the couple, she says that it’s about how their connection was rooted in humility. “Siguro that’s what makes them unique and loved by people, kasi sobrang simple lang nila pero sobrang nakakakilig, as in. Tapos ang genuine nila.”

(Maybe that’s what makes them unique and loved by people, it’s because they’re so simple but watching them gives you so much butterflies. Also, they’re genuine.)

The night ended with a heartfelt message from DonBelle themselves, who thanked the fans for their unending support. “We’ve been so stuck with work, and we haven’t really been seeing you guys, so this is a good reminder that your support is still there,” said Donny. “Seeing you guys, there’s nothing like it. Nothing matches seeing you in real life. Ang ganda niyo (You’re beautiful).” “This moment is really special for the both of us as well, so maraming, maraming salamat,” Belle added, as she congratulated the winners.

At the end of the night, everyone went home with smiles plus fresh breaths. True to the brand’s goal of fighting bacteria breath, their toothpaste has Antibacterial Zinc that helps fight bacteria for all-day freshness for up to 12 hours with regular use. Thanks to closeup, DonBelle’s first Philippine meetup allowed everyone to stay fresh all night as they got closer to each other in the intimate event.

With closeup, anyone can get closer to love – fandom love included – by saying no to bacteria breath. To purchase closeup and stay fresh all day, visit their store here. – Rappler.com 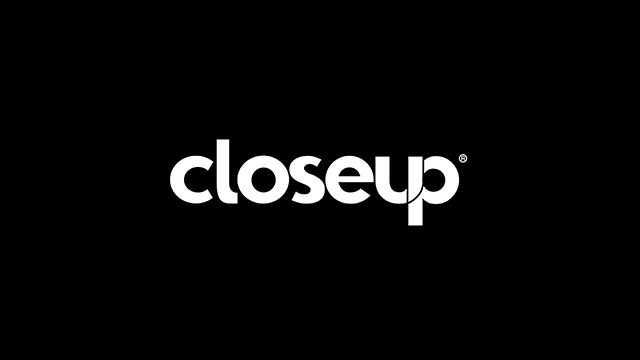 @CloseupPhilippines
The #FreeToLove campaign aims to launch the closeup brand purpose: to celebrate love and champion closeness of all forms. Built on closeness for over 50 years, closeup gives people the confidence to get close and love freely by helping fight bacteria breath for all-day freshness.
More about Closeup