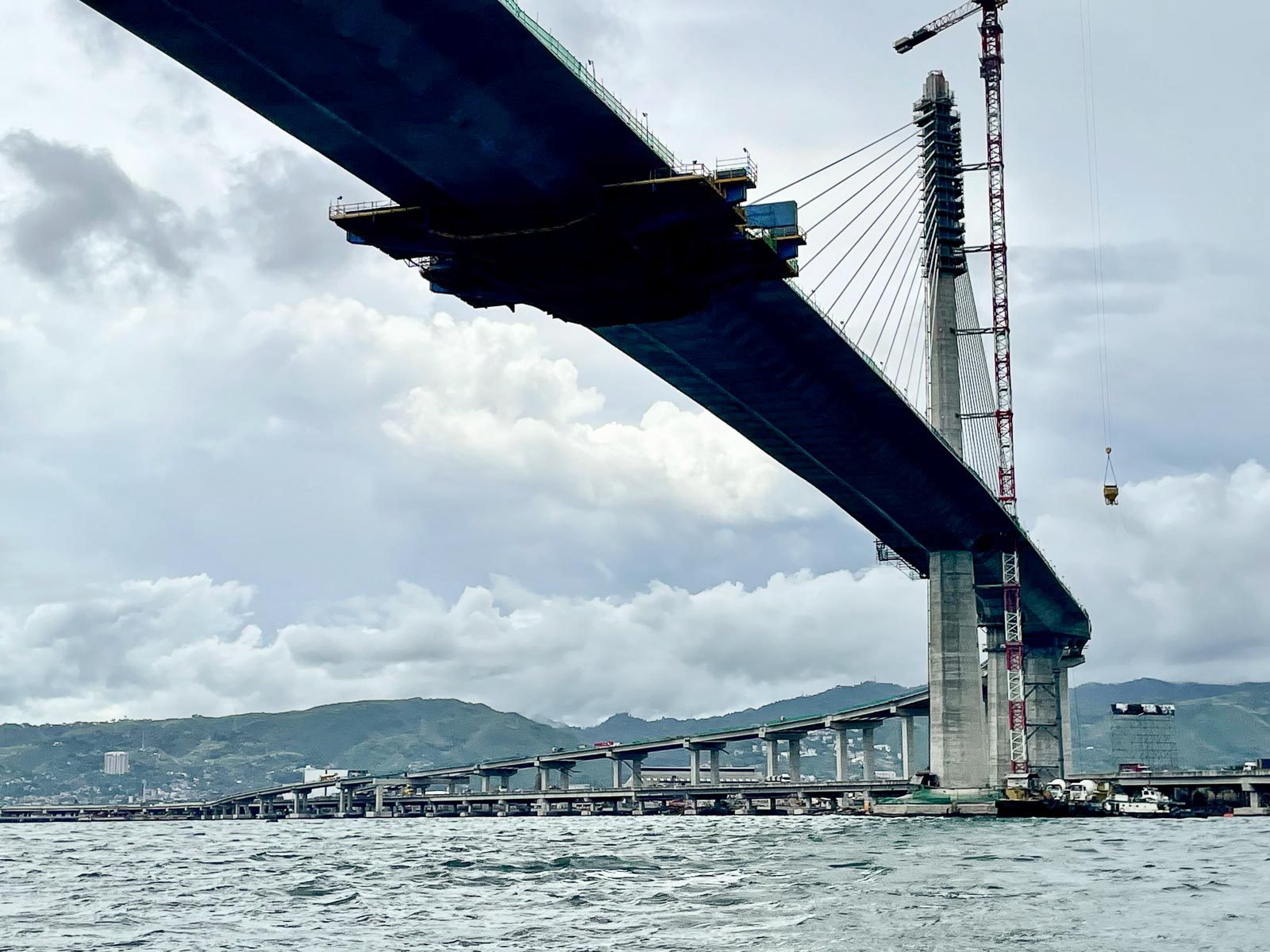 The Cebu-Cordova Link Expressway (CCLEX) is almost complete as construction crews closed the last gap of the bridge on Tuesday, October 5.

“We are finally at the tail end of the construction of our CCLEX project and I, together with my colleagues, share the incredible pride in this milestone achievement,” said MPTC president Rodrigo Franco.

The construction of the project, also known as the Cebu-Cordova Bridge, began in April 2018.

It is scheduled to open in the first quarter of 2022, according to officials from CCLEC. The 8.5-kilometer bridge is a P22-billion project led by Manny Pangilinan’s MPTC, the city of Cebu and municipality of Cordova, as well as Cebu Link Joint Venture, with engineering consultants from foreign firms COWI-DCCD and Norconsult.

“Stitching the remaining gap unites the deck of Tower 2 with that of Tower 1, a symbolic achievement of finally linking the quaint town of Cordova in Mactan Island to the highly urbanized Cebu City in the mainland,” CCLEC said in a press release.

The bridge will connect Mactan Island, where the international airport, industrial zones, and beach resorts are located, directly to Cebu City via South Road Properties.

This also gives Cebuanos living in the southern towns direct access to the airport, where they had to travel through traffic-choked Mandaue City previously.

The project was approved during the administration of then-president Benigno Aquino III as a public-private partnership.

CCLEX will also have a pedestrian path and bike lanes in both directions.

Unlike the Marcelo Fernan Bridge and Sergio Osmeña Bridge, it will be the first bridge to charge toll in Cebu City. – Jacqueline Hernandez/Rappler.com