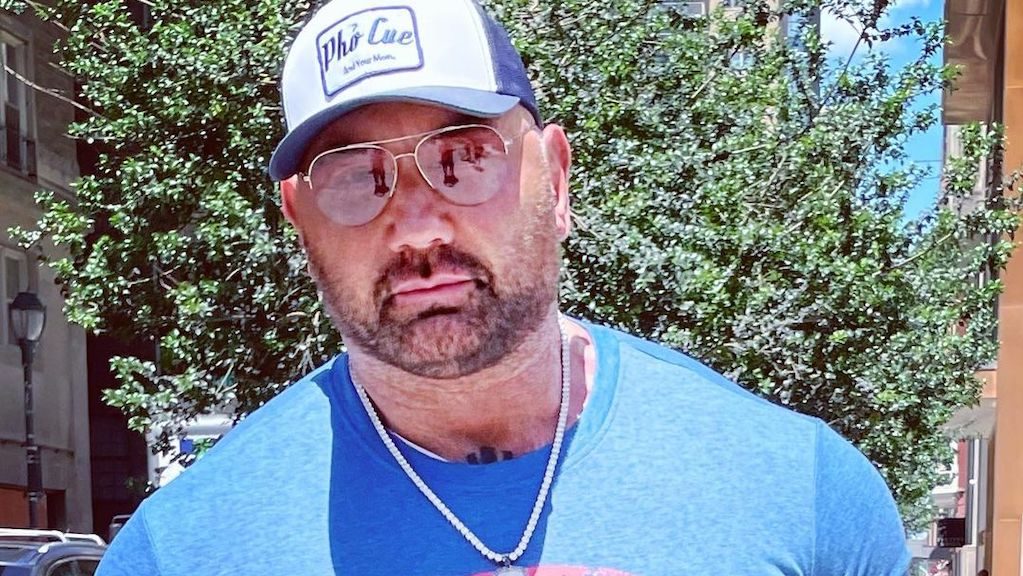 ALLY. Dave Bautista reveals he covered up a tattoo of a former friend after the latter made homophobic statements.

MANILA, Philippines – Dave Bautista has revealed that he covered up a tattoo of a former friend after the latter publicly made homophobic statements.

Speaking to GQ, Bautista told the stories behind his many tattoos, including the cover-up on his forearm. Bautista doesn’t name names, but a People report said that the Glass Onion star was referring to boxing champion and former senator Manny Pacquiao.

“It used to be a team logo, I was part of a team of a person I considered a friend and someone I really looked up to and then he later came out publicly with some anti-gay statements,” Bautista said in the video.

Bautista, whose mother is a lesbian, has been a vocal ally of the LGBTQ+ community. For him, the homophobic remarks were personal.

“[He] turned out to be an extreme homophobe and I had a huge issue with it. It’s a personal issue with me, my mom is a lesbian, and I just could no longer call him a friend,” he explained.

Bautista was once a big supporter of Pacquiao and was even part of the boxer’s entourage for several fights.

However, their friendship soured after Pacquiao spoke out against same-sex unions in 2016. The boxer, then a congressman, described same-sex married couples as “worse than animals.”

Pacquiao’s remark didn’t sit well with Bautista, who responded by calling him a “fucking idiot” and said “if anyone called my mother an animal, I’d stick my foot in his ass.”

Pacquiao later apologized for comparing gay people to animals, but stood firm on his position against same-sex marriage.