‘She found the one’: John Lloyd Cruz on Ellen Adarna’s marriage to Derek Ramsay 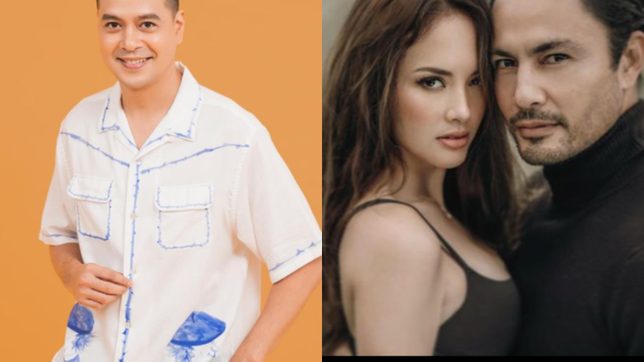 In a Kapuso Mo, Jessica Soho episode that aired on Sunday, November 21, the actor talked about his previous relationship. While Adarna was not named, Soho asked Cruz how he felt about the recent wedding of a former girlfriend.

“Finally, she found the one,” he said of Adarna. Cruz and Adarna started dating in 2017, welcomed their son Elias in 2018, and announced their split in 2019.

The actor also added that he’s “careful” when it comes to talking about Adarna.

“I have to put it in context and I have to be very careful because that’s her life. Nagsisimula at nagtatapos sa anak namin ‘yung aking masasabi tungkol sa kanya o sa buhay niya,” he said. (What I can say about her or her life starts and ends with our child.)

Cruz then sent his well wishes to the newly-married couple. “Sincerely, I wish her all the happiness in the world. I wish them both a strong and fun marriage kasi vital ‘yun sa welfare at sa growth ng anak ko (because that’s vital to the welfare and growth of my child).

He also continued talking about being a father to Elias, saying that he tries his “best to lead without imposing.”

Cruz and Adarna have been vocal about their co-parenting setup for their son. In April 2021, the actress shared that the actor is a “present father” to Elias. “He wants to be present. [Elias] needs his father, as much as [our son] needs me,” Adarna said.

The Kapuso Mo, Jessica Soho episode marks the first time for the 38-year-old actor, who recently signed with GMA, to react to Adarna’s new relationship.

Cruz is set to star in a sitcom called Happy Together, his first television project since he took an “indefinite leave of absence” from showbiz in October 2017. – Rappler.com