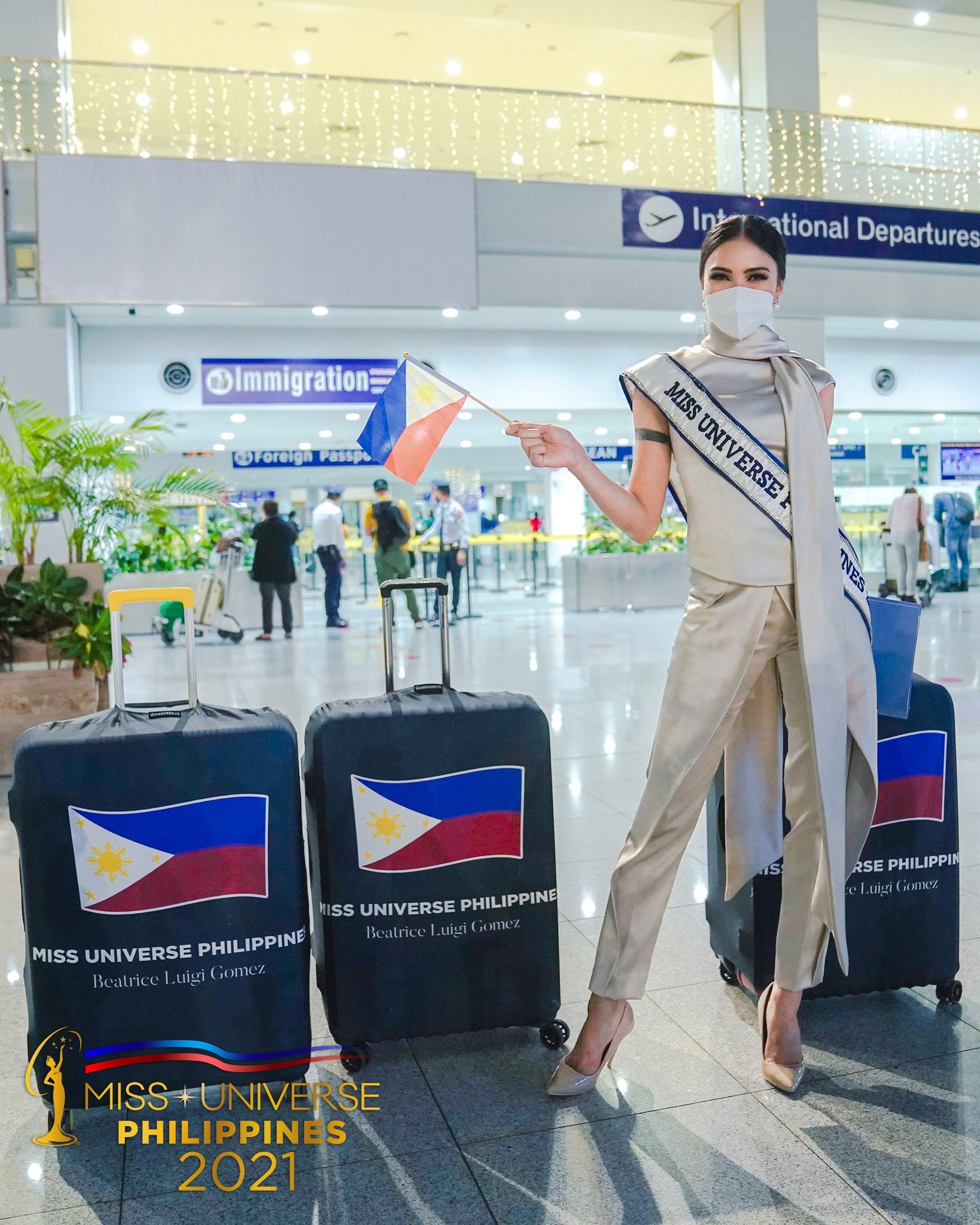 MISS UNIVERSE. Beatrice Luigi Gomez is representing the Philippines in the international pageant.

Beatrice Luigi Gomez left Manila for Israel on Saturday, November 27, to represent the Philippines in the Miss Universe pageant.

In an Instagram story, the Miss Universe Philippines 2021 titleholder shared a video of herself wearing a grey ensemble as she waved the Philippine flag. “This is it! We’re finally ready for the universe,” she said.

The official pages of MUP also wished Beatrice a safe journey and said that they knew she would make the organization proud. “We’re happy, excited, proud, and nervous but we know you got this,” they wrote.

MUP National Director Shamcey Supsup also wrote her well-wishes for Beatrice’s pageant journey. “Have a safe trip to Israel. Bring home the crown,” she captioned a photo of the two of them together.

When she was crowned, Beatrice made history as the first openly out member of the LGBTQ+ community to win the title. At that time, she had been candid about her relationship with her girlfriend of almost seven years, Kate Jagdon. The two, however, are no longer in a relationship.

Beatrice will be participating in pre-pageant events in the lead up to the coronation night, which will happen on December 12.

If she wins, she would be the Philippines’ fifth Miss Universe titleholder, joining the ranks of Gloria Diaz, Margie Moran, Pia Wurtzbach, and Catriona Gray. – Rappler.com