Jun 19, 2018 10:32 AM PHT
Miriam Grace A. Go
Facebook Twitter Copy URL
Copied
At 4 pm Manila time on Tuesday, June 19, the first of the 4-volume Japanese-style comics about the Philippine national hero will be available online for free 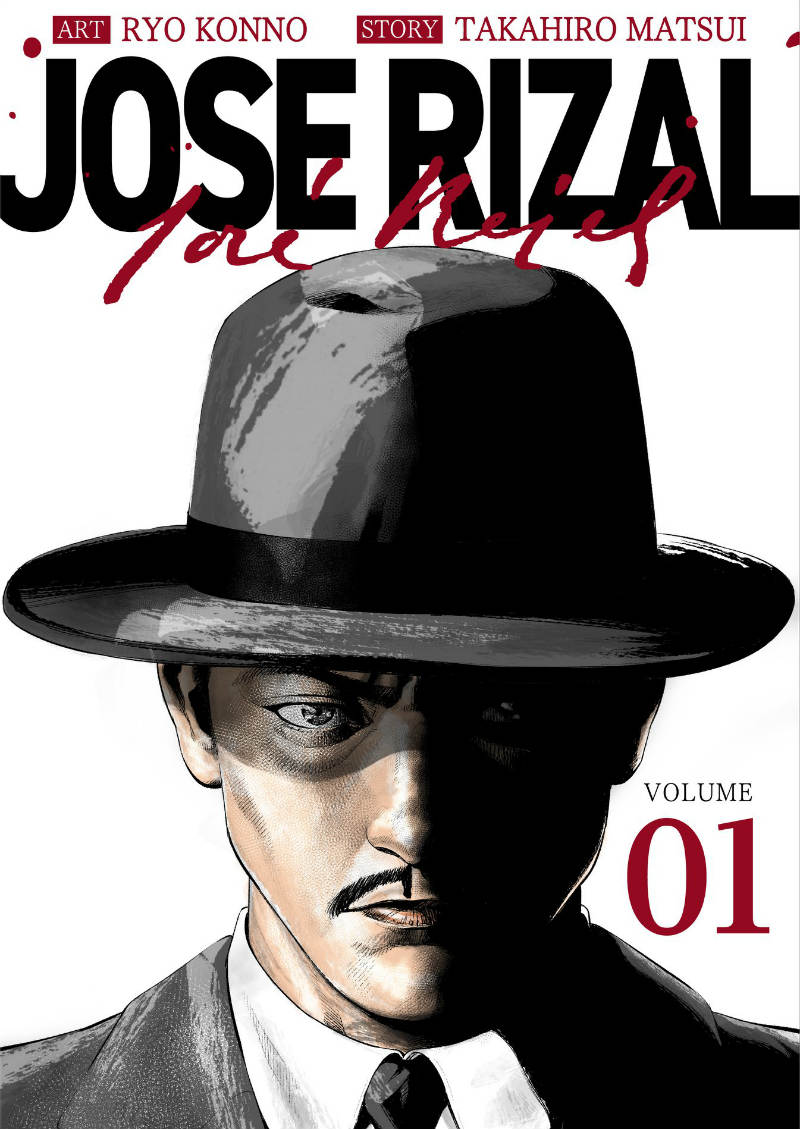 TOKYO, Japan – Manga enthusiasts, especially in the Philippines, are waiting online for the clock to strike 4 pm Manila time on Tuesday, June 19. So do history and culture buffs. If you’re not either of the above but a Filipino, you should, in fact, be at least interested. And proud.

Go to the Manga Club site and see why: right in time for his 157th birthday of Jose Rizal, the Philippines’ national hero, the first of 4 volumes of manga about his life will be available online for free.

A new chapter will then be released every Tuesday after that. A copy of the manga will be available both on www.manga.club or www.sukima.me.

Simply titled Jose Rizal, the series is a collaboration between manga artist Ryo Konno and writer Takahiro Matsui. It is published by TORICO, CCC.

This is how the series is promoted on the manga site:

In the land now known as the Philippines, there was a time when colonial Spain ruled for more than 300 years. During a period when native Filipinos once called Indios were oppressed, exploited, and stripped of their human rights, Jose Rizal was born on the outskirts of Manila.

“What does it mean to be a Filipino?”

“Is it possible to incite change through knowledge and not violence?”
He thought of those every day.

A doctor, novelist, and a painter who can speak 15 languages, Jose Rizal is a legendary figure who brought about national revolution through one epic novel!

Rizal was among the prominent Filipino nationalists during the Spanish occupation and is widely regarded as the country’s national hero. He stayed in Japan for over 6 weeks in 1888, en route to Europe from the Philippines.

Historian Ambeth Ocampo notes that in Japan, Rizal “was a bit of an oddity.”

“He had Asian features but wore Western clothes and spoke a Western language,” he wrote in a column for the Inquirer. Although he stayed there for only 6 weeks, Ocampo said Rizal managed to learn enough of the local language “to express what he wanted.”

While in Japan, Rizal was in a brief relationship with a Japanese woman named Usui Seiko or O-sei San.

“I have stayed here longer than I intended, for the country seems to me very interesting and because in the future we shall have much to do and deal with Japan,” Rizal said in a letter to his family. There is a Rizal monument in Tokyo.

But let this trailer from the manga producers tell you more. “The world of Japanese manga pays tribute to the quintessential Filipino,” it says. We think it will bring us to a journey of rediscovery – about the man, about us as a people.

If Jose Rizal, the manga, doesn’t make any Filipino excited, it should at least give us goosebumps. – Rappler.com