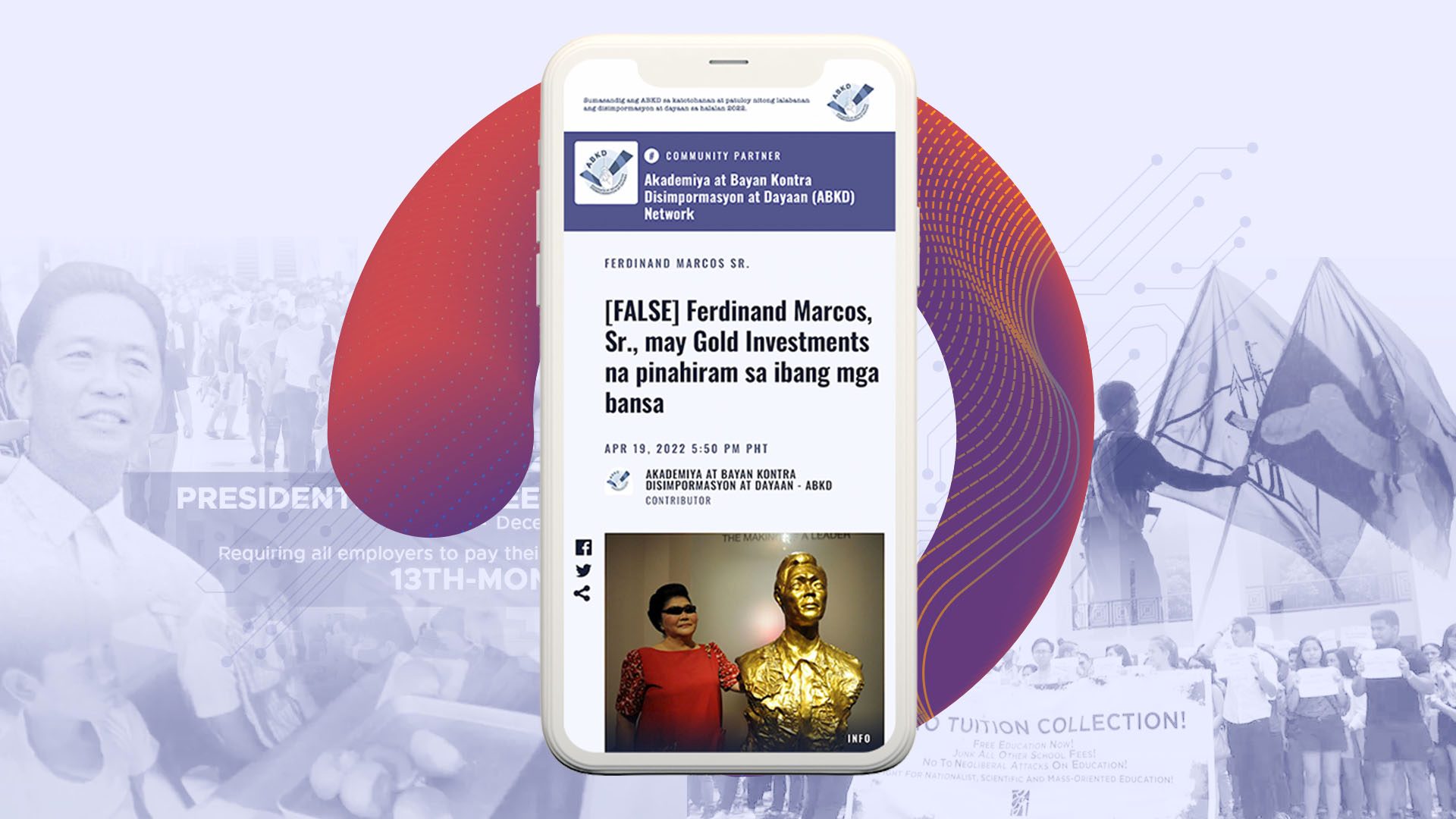 Facebook Twitter Copy URL
Copied
On Lighthouse platform, ABKD Network will be featuring its initiatives against election disinformation to improve the media literacy of Filipinos

MovePH, Rappler’s civic engagement arm, features partners who are part of the Lighthouse platform. As a Lighthouse partner, ABKD Network’s content and calls to action may be accessed by a wider audience who benefit from Rappler’s wider reach.  Check out their Lighthouse page here.

Weeks before the 2022 Philippine elections, Rappler welcomes Akademiya at Bayan Kontra Disimpormasyon at Dayaan (ABKD) as one of its community partners on Lighthouse.

ABKD is an extensive network of teachers, educators, and academic institutions founded in 2021 that focuses on combating disinformation and fraud amid the 2022 elections. It aims to “expose, denounce, and correct” those disinformation efforts that prevent Filipinos from making factual electoral decisions.

“Fact-checking the claims, whether on historical narratives or current affairs, propagated by electoral candidates and their supporters is important in shaping the voters’ consciousness and assuring that their choices in the 2022 elections are grounded on solid and truthful facts,” Jio Guiang, lead convenor of ABKD, said. A Pulse Asia survey in 2021 revealed that almost half or 48% of Filipino adults get their political news from the internet. The unverified information plaguing the digital space increases the vulnerability of Filipinos to lies.

With this, ABKD has been actively fighting disinformation on several social media platforms such as Facebook, YouTube, and TikTok. They are posting fact-checking content on a daily basis in a bid to rise above the lies online.

Rappler and ABKD’s first partnership takes off from the common goal of preserving facts over lies and holding stakeholders to account through #FactsFirstPH, a multi-layered and multi-sectoral effort that brings together more than 120 newsrooms, civil society groups, business associations, religious organizations, academic institutions, and legal and human rights groups. 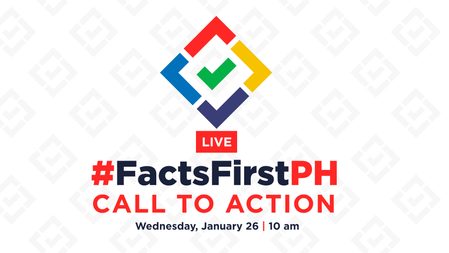 As a Lighthouse community partner, they hope to cultivate a conducive environment for civic engagement – an avenue free from irrelevant attacks made by disinformation peddlers.

“Given the rampant spread of fake news and disinformation in cyberspace, the credibility of reliable sources of information is under constant attack. This partnership is important because it can ensure a platform where ABKD Network can continue to freely and safely communicate our campaigns that are mainly directed at defeating disinformation,” Guiang said.

ABKD’s initiatives are headlined by academic personnel who offer expert opinions and critical perspectives on a particular topic. These educators also empower audiences with the basic competencies that are needed to critically understand and assess information delivered by all kinds of media.

Considering the chunk of posts social media users are inundated with, the network has partnered with several comic book artists to create contents that will make their campaign standout. The creative posts are targeted to those individuals who prefer to learn from visual materials.

They are also organizing webinars to debunk the lies and propaganda intending to whitewash the atrocities during the Marcos regime. The plethora of disinformation benefited dictator’s son and presidential survey frontrunner, Ferdinand “Bongbong” Marcos, Jr.

Aside from these fact-checking activities, the network regularly conducts voters’ education seminars to promote election awareness and responsible voting. In the high stakes polls this May 2022, they believe that it is very important to acquaint the Filipinos with their rights and responsibilities as members of a democratic country.

They will be featuring more of these initiatives on the Lighthouse platform.

Check out their Lighthouse page by visiting abkd.rappler.com. — Jose Polon/Rappler.com

Lighthouse Communities of Action integrates Rappler’s third pillar – the communities we have worked with since Rappler was launched in 2012 – into the platform. It also features collaboration across several efforts through Movements. Know more about this initiative here.

Here are some of our partners’ pages on Lighthouse:

If your organization is interested to partner with us, send an email to move.ph@rappler.com.