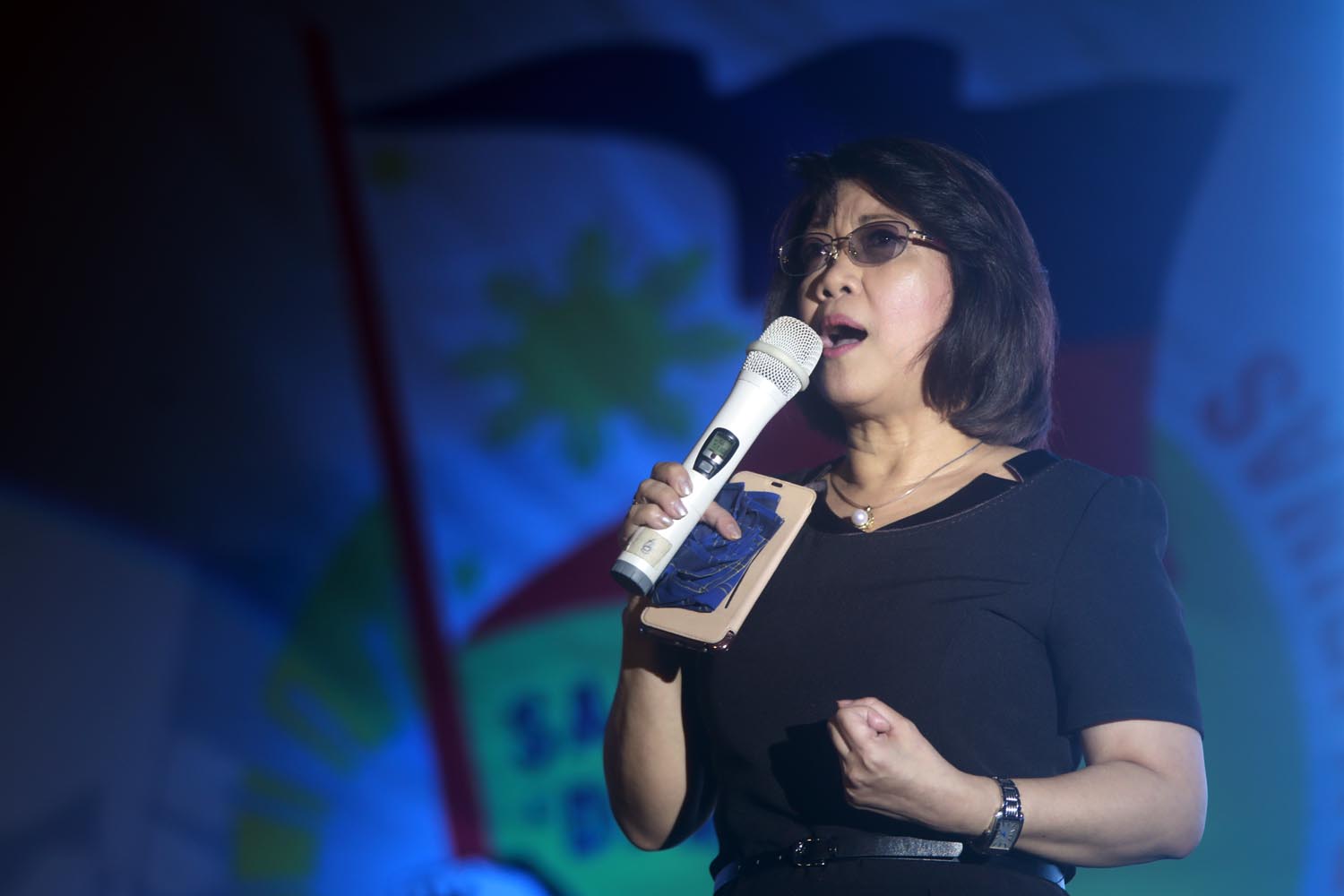 MANILA, Philippines (3rd UPDATE) – The Supreme Court (SC) on Tuesday, June 19, affirmed the ouster of former chief justice Maria Lourdes Sereno, a month after it issued the original decision that kicked her out of the Court through the unprecedented quo warranto route.

Voting 8-6, the High Court denied Sereno’s motion for reconsideration. By the same number, the SC en banc last May granted the quo warranto petition to remove Sereno from office on the basis of an invalid appointment.

The motion is denied with finality, SC Spokesperson Theodore Te said on Tuesday.

“For purposes of Article VIII, Section 4, paragraph 1, the 90-day period for filling the vacancy in the Office of Chief Justice commences today, 19 June 2018,” Te said.

Still, the SC has issued a show cause order against Sereno as it threatens disbarment over some of her speeches prior to the ruling.

In a speech at the University of the Philippines Bahay ng Alumni on Tuesday afternoon, Sereno vowed to continue fighting.

“I stand before you now, stripped of my authority and my position by an unjust decision, but I do not have to be chief justice to defend our laws and institutions,” she said. “We will continue to live the law!”

What now? Senior Associate Justice Antonio Carpio remains acting chief justice, a post he has held since the SC forced Sereno to go on an indefinite leave in February.

We now await the official opening of applications for a new chief justice. The Judicial and Bar Council (JBC) will have its hands full because it is also screening applicants for Ombudsman, and applicants for several vacancies at the SC due to back-to-back retirements.

The bigger picture. The more vocal employees of the High Court are relieved that Sereno is gone. They had called for her resignation, and hailed the quo warranto decision.

There is internal stability now, insiders say. But outside the SC, Sereno’s ouster has a different implication. (READ: The Supreme Court post-Sereno: Better off or not?)

For one, the ouster became the basis of Diego Garcia-Sayan, United Nations special rapporteur on independence of judges and lawyers, to say that Philippine judicial independence is under attack.

Philippine experts believe this could nudge the International Criminal Court (ICC), which is currently establishing jurisdiction to investigate killings in President Rodrigo Duterte’s war on drugs. There will be jurisdiction if the ICC determines that Philippine courts are unable or unwilling to investigate the killings themselves.

The SC also stands to decide on the constitutionality of the war on drugs. – Rappler.com